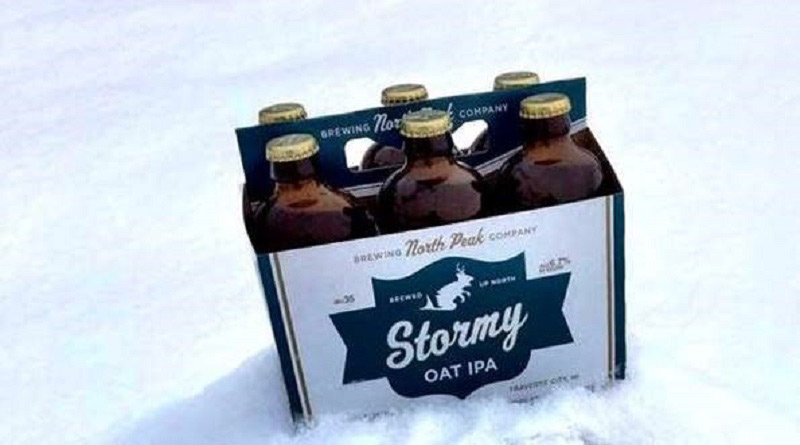 The brewery staff boasts this beer quickly became a favorite among them. “It’s a perfect beer for the wintery stormy weather we get here in Michigan,” says Northern United Brewing Company Production Manager Sean Brennen. “The malty, oat backbone balances the assertiveness of the six hop varietals leaving you with a fresh, hazy beer we all can’t get enough of.”

Coming in at 6.7% ABV and 35 IBU, Stormy Oat IPA is full of haziness along with dry/late hop additions to create a juicy mouth feel with citrus, piney notes unlike any other IPA. Stormy is now available in draft and North Peak’s signature stubby bottle 6-packs.

All North Peak beers are represented by a character and accompanying folklore tale (most famously Diabolical and the jackalope). Stormy is depicted by an underwater panther deep in the Great Lakes.

In the deepest depths of Lake Superior lives the most powerful being in the underwater world. The murky, dark, churning waters of its surroundings inspired our unfiltered IPA, Stormy.  A mysterious creature with a body of a wild feline, horns of a deer, a scaled back and a tail so long it wraps around its body ending with a fish tail. With a warning hiss like the sound of rushing water, the underwater panther lives as protector of the vast amounts of copper in the Great Lakes. It’s been said that anyone who tries to steal copper from the lakes has grave misfortune befall them. Strangely, the metal has been found on numerous Great Lakes shipwrecks. Perhaps a mere coincidence, but it might behoove you to carry nothing of copper aboard your ship when crossing the Great Lakes.