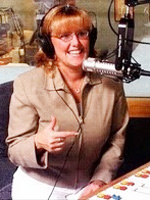 DIANNA STAMPFLER has been referred to as one of the most motivated, energetic and passionate leaders in Michigan’s tourism industry, with more than 30 years of marketing, public relations and media relations experience.

In 2014, Dianna was named Executive Director of the newly formed Michigan Craft Distillers Association, the official association representing the state’s growing distilling industry. She is also Executive Director of the Kent County Hospitality Association and serves on the Ferris State University Hospitality Advisory Board. In 2015, Dianna received “The Best of Michigan Business” Award as a “One Person Wonder” and in 2016 was presented “The Golden Pineapple Award” from Ferris State University’s Hospitality Department. 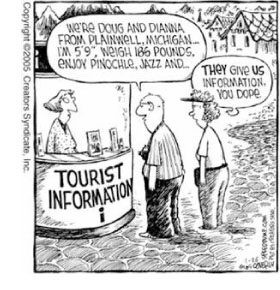 In the spring of 2019, Dianna released her first book—“Michigan’s Haunted Lighthouses”—from The History Press which is a culmination of nearly 20 years of research, writing and presentation on the historic beacons around the state. Her second book—“Death and Lighthouses on the Great Lakes: A History of Murder and Misfortune”—will be released in March 2022, also from The History Press.

Prior to launching her own consulting company, Dianna served as the marketing and media director for the West Michigan Tourist Association (WMTA). During her seven years with WMTA, she developed the organization’s promotions department, representing nearly 1000 member properties, events and communities in a 41-county region.

Before landing in the world of travel and tourism Dianna was the community relations coordinator at Otsego Public Schools, also serving as the advisor for the award-winning middle school student newspaper and middle school chairperson for the Michigan Interscholastic Press Association at Michigan State University’s School of Journalism.

Dianna holds a Bachelor’s Degree in Communications (broadcasting) and English (community journalism) from Western Michigan University. A native of Plainwell, she is the mother of two adult children and lives in Northern Michigan.

Since 1997, Dianna has been presenting lively and upbeat programs about the area’s historic lighthouses, ghost towns, islands and other unique destinations and activities in her home state of Michigan. She is a passionate professional speaker, with a dual major in communications and English from Western Michigan University and 25+ years’ experience in radio broadcasting and public speaking.

Dianna is a regular guest on radio and television stations throughout the state.