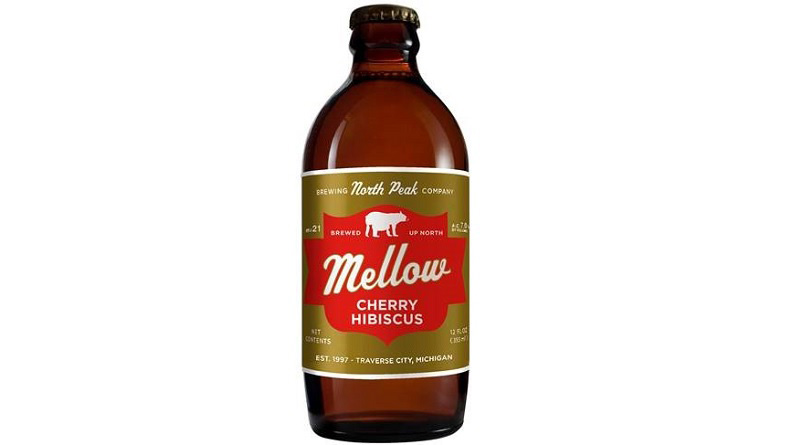 Stay Mellow. Tying into its Traverse City origin and to the “Up North” culture the brand stands for, it seems only fitting for North Peak to add a year-round cherry beer to its repertoire. Fortified by the fresh water of the Great Lakes and the sweet iconic flavors of Traverse City, Mellow is a higher gravity ale brewed with Michigan cherries and hibiscus.

“Mellow is more than just a beer, it is Northern Michigan brewed in a bottle,” says North Peak partner Greg Lobdell. “It embraces the lifestyle of slowing down and focusing on the beauty of this magical place. Mellow is fruity and sweet with a hint of tartness.  Each sip of this big and balanced beer will transport you to the wonders of Northern Michigan.”

All North Peak beers are represented by a character and accompanying folklore tale (most famously Diabolical and the jackalope). The character for Mellow is a mother bear; her tale is one familiar to many around Northern Michigan.

The legend of the Sleeping Bear is one of Northern Michigan’s most famous tales. Many moons ago a mother bear and her cubs were forced into Lake Michigan by an enormous forest fire.  Swimming through rough, high waters the mother bear made it to the other side, but lost sight of her cubs.  Sitting atop a high bluff, she waited an eternity, but her exhausted cubs never appeared.  The Great Spirit was so astonished by the mother bear’s determination, that he erected the North and South Manitou Islands to honor her lost cubs.  It is said that on warm mellow nights, at certain locations along the dunes, you can still hear the lonely cry of the mother bear calling to her lost cubs.  We brewed Mellow Cherry Hibiscus in honor of the determined mother bear and her lost cubs.

Coming in at 7% ABV and 21 IBU, Mellow packs a pleasant sweet flavor and aroma from the malt and fruit, combined with a gentle tartness from the cherries and hibiscus flowers. The balanced combination makes this big beer a ‘mellow’ drink for any time of the year. North Peak Mellow is available in bottles and draft, year-round starting September 1, 2016. Mellow release parties will be taking place throughout Michigan.

Visit the North Peak Facebook page to find the one closest to you.