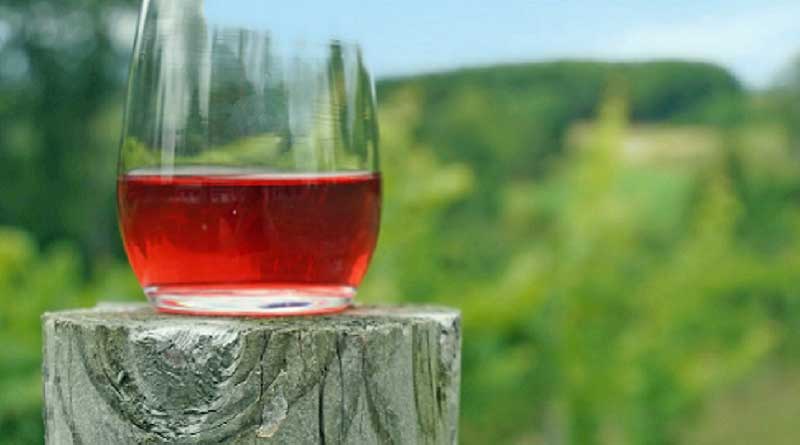 There is a holiday for just about anything, but this one is well deserved – especially these days. May is MICHIGAN Wine Month…a time to pop a cork and pour a glass of locally made wine from one of the state’s nearly 150 wineries.

According to The History of Michigan Wines: 150 Years of Winemaking along the Great Lakes (American Palate – July 1, 2010) by Sharon Kegerreis and Lorri Hathaway with the foreward by the late, great David Braganini of St. Julian Winery, Michigan’s vibrant wine industry was ignited by Joseph Sterling who cultivated vineyards along the shores of Lake Erie in the 1800s.

St. Julian is recognized as the longest-operating winery in the state, originating in Windsor, Canada in 1921 during Prohibition when Mariano Meconi began the winery at the age of 26 years. When Prohibition was repealed in 1933, Meconi moved the business across the river to Detroit before finally settling in Paw Paw in 1936 where operations remain today (along with tasting rooms around the state). The state’s second oldest winery, Warner Vineyards, was founded in 1938 and is located a stone’s throw from St. Julian.

In most cases, these wine regions are tied to promotional wine regions – groups that work collectively to market tourism efforts regionally. These include:

According to the Michigan Ag Council, grapes (for both juice and wine) are big part of the state’s overall $104 billion agricultural industry.  Current data (2016) shows:

The economic impact of wine is $5.4 billion, and the industry provides over 47,000 jobs and pays out more than $1.8 billion in wages. Each year, 1.7 million people visit the tasting rooms spending more than $252.7 million on wine experiences and purchases.

Except this year, of course, when numbers sadly will be significantly lower.

The Pandemic of 2020 means tasting rooms around the state are closed for now and who knows what May will bring when (or if) the current “Stay Home, Stay Safe” order expires this month. Yet, despite the lockdown for on-site visits, Michigan wineries are finding innovating ways to connect with consumers. Many are offering “Virtual Tastings” or other entertaining or educational online programs.

Most wineries are also offering shipment of their wine throughout Michigan. And of course, you can still grab a bottle and even cans of your favorite wines at retail outlets like Meijer, Kroger and community bottle shops around the state. Even restaurants are offering bottles to go with their curbside food pick-up. Food retail shops, specifically those that sell things like cheese, are also jumping on board with online meet-ups that pair their selections with local wines.

Not quite the same as jumping in a bus with your friends and taking a day-long winery tour, but…it’s better than nothing in times like these wouldn’t you agree. And, someday…the tours will resume, the doors will open, the wine will flow and all will be right with the world. Until then, grab a bottle and a glass, put on a hat if you must and log online and join your fellow wine lovers online for a digital experience in celebration of Michigan Wine Month!