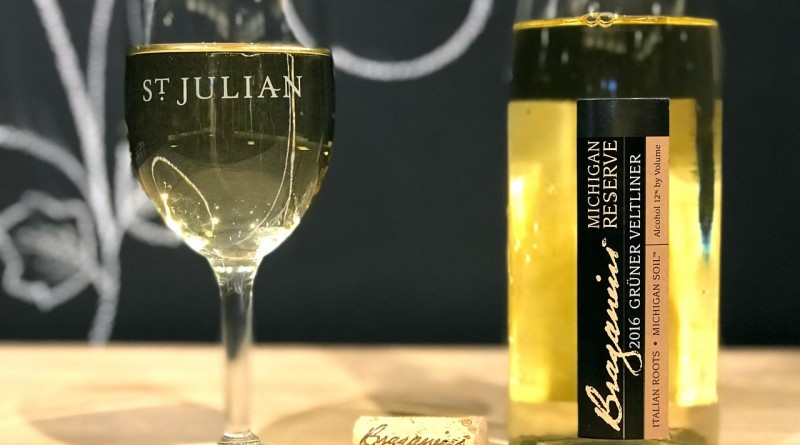 “It has been a very big year for these two wines,” says Nancie Oxley, St. Julian Vice President and Winemaker. “Within one week, we were notified that they were among the top wines at not only this San Francisco competition, but also at the 2018 Jefferson Cup Invitational Wine Competition.”

Grüner Veltliner is a relatively new grape for St. Julian, first introduced in 2015. It has been collecting awards ever since—including a 2017 Jefferson Cup and a Double Gold in 2017 from the Tasters Guild International (both for the 2016 vintage) and a “Best of Class” at the 2018 Indy International Wine Competition for the 2017 vintage.

The Mountain Road Estate Reserve Riesling is a wine club exclusive wine, first produced 2010. The grapes for this award-winning Riesling are grown at the Mountain Road Estate Vineyard, a former peach orchard located just five miles from Lake Michigan in Coloma, that was purchased in 2007 by late President David Braganini and his brother John, St. Julian’s current President. It is here that grapes for the highly sought after Braganini Reserve Estate wines are grown.

“The accolades we are gathering for our Estate Reserve wines, specifically the Riesling, are a true testament to the foundation that David Braganini laid for us decades ago,” Oxley says. “It is with great honor that we continue to craft award-winning wines named in his honor.”

Noted as the largest and most influential international wine competition in America, the San Francisco International Wine Competition has been setting the standard for professional wine judging since its debut in 1980. The competition maintains the highest level of integrity with a blind-tasting system performed by a highly experienced panel of internationally acclaimed wine experts. A medal from this competition has been established as a reliable indication of wine excellence, and wines recognized as medal-worthy by our judges are universally understood to be among the very best.