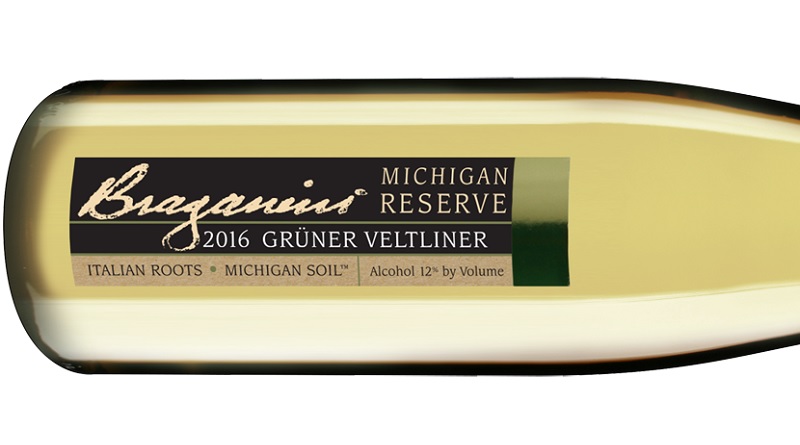 (PAW PAW, Mich) – Michigan-based St. Julian Winery has been awarded a barrel of medals, including two (2) of the covered “Jefferson Cups” from one of the most esteemed wine competitions in the country. Regarded as the “Olympics” of such competitions, the 19th Annual Jefferson Cup Invitational honors the “best of the best” from an accumulative 740 wines pre-selected from each of America’s wine regions.

The two-day competition culminated on November 16 in Kansas City, Missouri with the awarding of 24 Jefferson Cup Trophies to wineries from 12 different states, including two for St. Julian: the 2017 Grüner Veltliner Braganini Reserve and the 2017 Mountain Road Estate Riesling (a wine club exclusive).

An additional 21 Gold, Silver and Bronze medals were awarded across a full spectrum of St. Julian’s wine portfolio during the competition, from sweet to sparkling to rose and dry reds (see complete list below).

This is the fifth year in a row that the southwest Michigan winery has been awarded Jefferson Cup honors. Last year, the 2016 Braganini Reserve Grüner Veltliner was also recognized; in 2015 and 2106, top honors were presented for both Sweet Nancie and Solera Cream Sherry; in 2014, three Cups were given for the 2013 St. Julian Reserve Riesling, 2014 Braganini Reserve Pinot Noir and Solera Cream Sherry.

“We couldn’t be happier to learn that our latest vintage of the Braganini Reserve Grüner Veltliner was among the Jefferson Cup award winners, especially after showcasing our 2016 vintage at least year’s competition as well,” says Nancie Oxley, St. Julian Vice President and Winemaker. “This is a relatively new grape for us, started in 2015 with a mere three acres, and it’s generating a lot of buzz both in the competition world and among our consumers.”

“This wine showcases what our local cool climate can do with this varietal,” Oxley says. “Its beautiful acidity is balanced with bright tropical flavors of lime, grapefruit and melon. Fans of Sauvignon Blanc and Albarino will love this dry white, especially on a hot summer Pure Michigan day.”

The grapes for this award-winning Riesling are grown at the Mountain Road Estate Vineyard, a former peach orchard located just five miles from Lake Michigan in Coloma, that was purchased in 2007 by late President David Braganini and his brother John, St. Julian’s current President.

Located in the heart of the Lake Michigan Shore Appellation (one of five federally-recognized areas in Michigan), St. Julian’s Estate vineyard has approximately three acres of Riesling (among other grapes), which thrive due to the elevation, soil and lake effect conditions. As one of the highest points in the county, the elevation gives the vines good sun exposure during the day, which builds flavors in the grapes, and then cools them off at night. It’s the cooling at night that builds the great acidity in the fruit, a key factor in producing balanced and complex wines. The soil is almost 100 percent gravel, which allows for greater drainage so the roots can dig deep, stay dry and develop elegant and aromatic wines.

The Jefferson Cup Invitational was founded in 1999 in honor of Thomas Jefferson, who not only fathered the U.S. Constitution, but helped champion the international concept of human rights and was a seminal figure in America’s culture, culinary (including wine) and agricultural history.