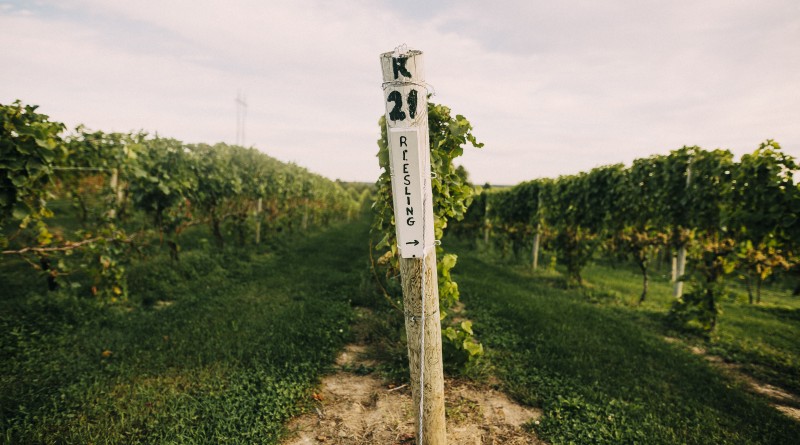 “Best of Class” awards were also presented for that Riesling, as well as the 2017 Braganini Reserve Grüner Veltliner. Additionally, five “Double Gold,” two “Gold,” 12 “Silver,” and five “Bronze” medals were presented to the southwest Michigan-based winery. The complete list is printed below.

In all, 1,786 wines from around the world were entered in this year’s Indy competition which was held June 6-7, 2018 at Purdue University in West Lafayette, IN. These wines were evaluated and judged by a distinguished panel of judges to determine the top wines for the year.

“Bringing home so many medals from one of the country’s most revered wine competitions is an honor,” says Nancie Oxley, Vice President and Winemaker. “and being presented with the prestigious  ‘White Wine of the Year’ for our Mountain Road Estate Riesling is a testament to the quality of wine are producing. “

Purchased in 2007 by late President Dave Braganini and his brother John, St. Julian’s current President, the Mountain Road vineyard is a former peach orchard located just five miles from Lake Michigan in Coloma. It is here that grapes for the highly sought after Braganini Reserve Estate wines are grown.

Located in the heart of the Lake Michigan Shore Appellation, St. Julian’s Estate vineyard has approximately three acres of Riesling (among other grapes), which thrive due to the elevation, soil and lake effect conditions. As one of the highest points in the county, the elevation gives the vines good sun exposure during the day, which builds flavors in the grapes, and then cools them off at night. It’s the cooling at night that builds the great acidity in the fruit, a key factor in producing balanced and complex wines. The soil is almost 100 percent gravel, which allows for greater drainage so the roots can dig deep, stay dry and develop elegant and aromatic wines.

In addition to the winery in downtown Paw Paw—where they produce award-winning wines, sparkling juices, spirits and cider—St. Julian operates tasting rooms in Dundee, Frankenmuth, Troy and Union Pier, with location opening this year in Rockford.

White Wine of the Year

For descriptions of these individual wines: http://www.stjulian.com/CompleteCollection.