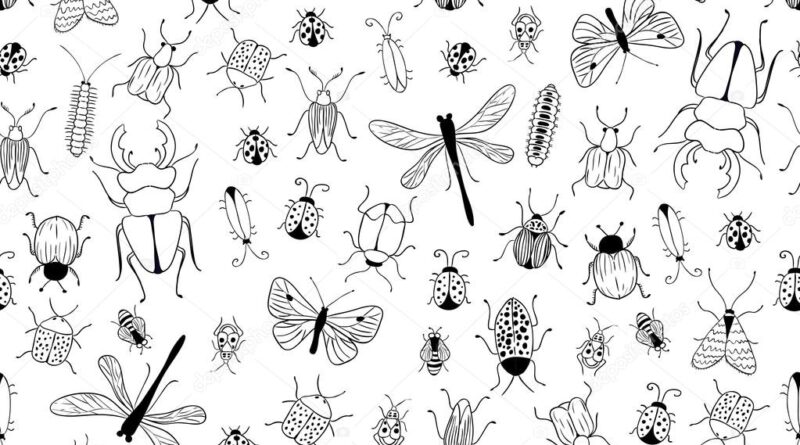 Michigan’s first state symbol was the state flower, designated as the Apple Blossom in 1897. Since that time, 10 other symbols have been added to the list – from bird to reptile, gem to stone, wildflower to tree. A twelfth symbol is now under consideration in the legislature – Michigan’s official state insect! If members of the House and Senate can agree, the designation would leave Iowa as the only state in the Union without a state bug.

And before the jokes start flying…no, the mosquito is not or has not ever been in the running for this esteemed accolade!

The latest incarnation of legislation about Michigan’s state insect was presented in December 2021, part of a back-and-forth between the House and Senate focused on one of two known butterflies: the black swallowtail (Papilio polyxenes) and the monarch (Danaus plexippus), two of more than 50 species found and cataloged in Michigan.

“Butterflies, (superfamily Papilionoidea), are any of numerous species of insects belonging to multiple families. Butterflies, along with the moths and the skippers, make up the insect order Lepidoptera,” according to a posting on The Westport Library (CT) website.

On December 14, 2021, House Bill 5642 was introduced by Rep. Julie Brixie to designate the black swallowtail as the official butterfly (not insect) of the state of Michigan. This bill was then referred to the House Committee on Natural Resources and Outdoor Recreation, chaired by Rep. Gary Howell, for consideration. On March 10, 2022, this committee reviewed the bill during a regular meeting.

On October 15, 2019, four Michigan senators (Rosemary Bayer, Dayna Polehanki, Sylvia Santana and Erika Geiss) introduced Senate Bill 0581 to make the monarch the state insect, an idea initiated by a group of second graders from Gretchko Elementary School in West Bloomfield and supported by numerous gardening organizations around the state, including the Michigan Garden Clubs, Inc – an organization founded in 1931 as The Federated Garden Clubs of Michigan, Inc. (the new name designated in 2005). This bill was also referred to Committee on Government Operations, where it also died.

On April 18, 2017, Senate Bill 298 was introduced by senators Curtis Hertel, Ian Conyers, Jim Stamas, Steven Bieda, Rebekah Warren, Coleman Young II and John Proos to designate the black swallowtail as Michigan’s state butterfly. This species is found throughout the entire state and it is a permanent resident of Michigan. The bill was referred to Committee on Government Operations, where it fizzled out.

While the black swallowtail and monarch are garnering most of the attention in the past five years,  what about the Karner blue butterfly, which is a federally listed endangered species and is listed as a Michigan threatened species. This is also a solid contender, according to James Dunn, a Grand Valley State University entomologist.

In a November 2019 article published on the Spartan News Room website, part of Michigan State University’s School of Journalism, Dunn stated “‘This butterfly [Karner] is found mostly in the Midwest and in western Michigan and is federally endangered. It’s very beautiful and it needs help in order to survive, more so than the monarch.’”

Dunn noted another contender could be the Hungerford’s crawling water beetle, unique to Michigan and also a federally endangered species.

Daniel Eichinger, the director of the Department of Natural Resources and an avid trout fisherman, thinks mayflies would make a better state bug while Michigan State University entomologist Deborah McCullough favors dragonflies as does Rep. Sarah Lightner who proposed legislation on July 23, 2019, favoring the green darner dragonfly after getting some help from the Springport 4-H Club. This bill was also referred to the Committee on Government Operations without any further action.

Legislators just can’t seem to get things in order when it comes to deciding Michigan’s official state bug.

In October 1973, Rep. R.D. Young of Saginaw introduced legislation to make the honeybee the state insect, a bill that voted on the following spring by the House of Representatives who voted 94-5 to do so, knocking the ladybug from her perch.

Months later (December 1974) the Senate rejected the bill by a vote 19-7 (and later 17-9) after months of delays on the subject (20 votes were needed for the bill to pass). “There is nothing that makes us look more absurd than legislating a state insect,” huffed sate Sen. Jack Faxon, D-Detroit. “…Especially at a time when we’re trying to get the bugs out of state government,” according to an Associated Press story.

But the topic wasn’t dead yet. By August 1975, the discussion was back on the table – with a new bug up for consideration. Second and third graders at Roeper School in Bloomfield Hills began their campaign earlier that year to get the dragonfly named the state insect. Rep. Ruth McNamee of Birmingham introduced the bill, with support from Rep. Robert Geake of Northville. However not all were behind this decision, including Don Guchartz, Wayne County extension director, who noted that Michigan’s state bird – the Robin – often eats dragonflies and wondered “how we can have the state bird eating the state bug?”

By 1976, the dragonfly was battling the fish fly for top honors, but in March of that year the house voted 84-16 in favor of the dragonfly but once again, the Senate failed to deliver its stamp of approval on the matter.

The honeybee was back on the “bug ballot” by September 19, 1985, things were going more public. The Detroit Free Press ran a front-page article, asking readers to clip and mail in their vote from among top contenders. Ten days later, the paper reported the results of its public poll – with 530 votes for the honeybee, 526 for the butterfly (no species designated) and 247 for the ladybug. The dragonfly didn’t make the cut. It also seems by this time, opinion editors and columnists were as pestered by the debate as some legislators. Was identifying a state insect really that important? Apparently, we’re still talking about it 50 years later! 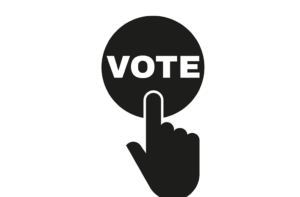 WHAT DO YOU THINK?

We’re taking an informal poll to see what the public thinks about this subject.
Cast your vote here: https://forms.gle/DG1ysSKDtHDvEFTKA.
We’ll share the results in early April at the PROMOTE MICHIGAN Facebook page.

A HISTORY OF MICHIGAN’S STATE SYMBOLS