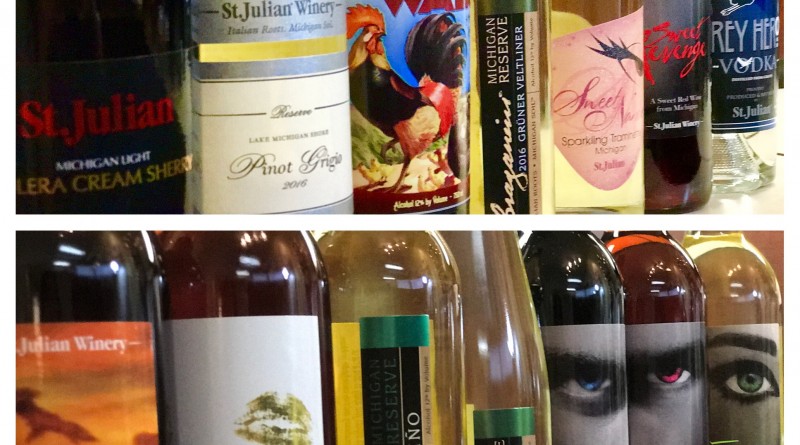 “As you can see, there are some familiar wines that are still winning gold medals, but there are several new wines in the mix too,” says Nancie Oxley, Vice President & Winemaker for St. Julian. “I’m more than proud to see these wines win double gold and gold medals and I’m honored that we won the 2017 Most Gold Medals Trophy.”

The 2017 Most Gold Medals trophy is presented to the winery with the most Gold and Double Gold medal points than any winery in the competition. St. Julian’s awards include:

“As we work toward our 100-year milestone, we continue the winemaking tradition of being creative and innovative, not just in winemaking styles, but with new varietals to the winery as well,” Oxley says. “As Dave Braganini would say, ‘we produce Michigan-grown, Michigan-made wines’ and I know he would be proud of our results in this latest competition.”

Thirty experienced judges from around the country completed over 1,400 tasting evaluations of wine from eight countries and 27 states/provinces. The judging panels were comprised of a carefully-selected mix of retailers, winemakers, wine writers, restaurateurs, wine educators and experienced consumers. As part of the total wine evaluation process, nearly 35% of the wines entered were randomly chosen for reevaluation to verify the accuracy and fairness of medal consideration.

“By sponsoring this wine judging event, it is the objective of Tasters Guild to give the consumer a reference point in choosing quality wine values,” explains Tasters Guild President, Joe Borrello. “An outstanding array of vinifera, hybrid, labrusca and fruit other than grape came together from all over the world, with exceptional wines produced from a wide range of grape varieties. Wineries are growing and processing the best fruit possible for their region and selecting varieties to produce excellent signature wines for the consuming public to experience.”