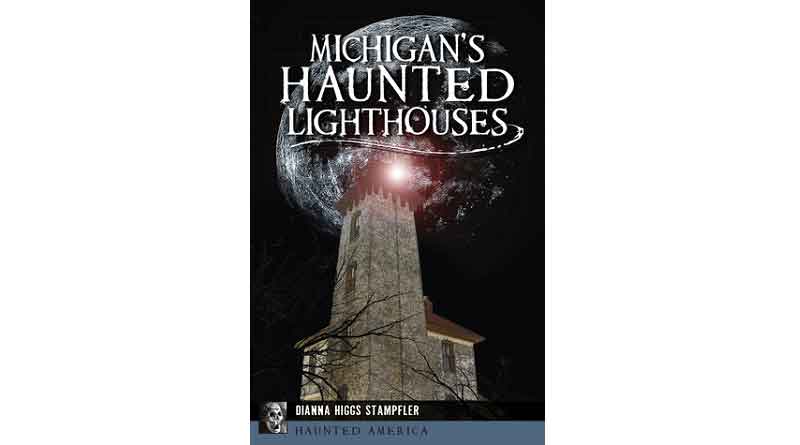 It’s finally happening. My book is getting closer to publication every single day and it has recently appeared for pre-order on The History Press website and Amazon.com (AMAZON….OMG). Autographed copies will also be sold on this website in March. It’s also listed with the popular book review site, GoodReads.com. It’s surreal…to say the least.

I’ve been working diligently scheduling presentations of “Michigan’s Haunted Lighthouses” at conferences, festivals and venues around the state. The official first release will be at the 61st Annual Michigan in Perspective: The Local History Conference presented March 22-23 in Sterling Heights by the Historical Society of Michigan (my presentation is Friday morning). I’m waiting on the final details, but I’ve been invited to speak at the Tall Ships Celebration, July 18-21 in Bay City (fitting since the Saginaw River Lighthouse there is on the cover of my book, taken by photographer Mike Sonnenburg of Lost in Michigan). And, I’ll be part of the Michigan Lighthouse Festival in early August in Port Huron (again fitting since the Fort Gratiot Lighthouse is in the book). Several other presentations are scheduled around the state including the metro Detroit area to the Upper Peninsula (see the Speaker’s Bureau page for the current list).

A bit of background for those not aware. My first introduction to lighthouses (and subsequently their ghosts) came when I worked at West Michigan Tourist Association in Grand Rapids (1997-2004). One of my first projects there was the Lake Michigan Circle Tour & Lighthouse Guide (now map, in its 31st publication). By 2000, I was giving presentations at senior centers, museums and libraries around the Great Lakes region (using a slide carousel instead of PowerPoint). In fact, it was money from some of these programs booked through the Capital Area District Library in Lansing that allowed me to jumpstart Promote Michigan in 2004.

Over the years, I’ve written several articles on the subject of Michigan’s haunted lights for publications such as Michigan Home & Lifestyle (“Spirited Stories: Michigan’s Ghostly Encounters” and “Shedding Light on Michigan’s Haunted Beacons”). And, I’ve continued to present a lively and entertaining historical program (particularly popular in October as you might expect).

Now, I’ll add a 144-page book full of stories (including many new ones), photographs, documents and news clippings which share insights in the shoreline communities, their noted beacons, diligent keepers and their spirits. I invite you to check it out if you’re interested in Michigan history, maritime stories, paranormal activity or just want to support a local author.

Over the years, I’ve held memberships in the Historical Society of Michigan and the Great Lakes Lighthouse Keepers Association—both have been instrumental in fueling my continued love of my home state of Michigan as well as my passion for lighthouses. Since I began working on this book, I’ve also felt compelled to join many of the other lighthouse and maritime associations around the state—because without these organizations I wouldn’t have had access to much of the information, documents and images that you find here.

Three individuals stand out for their early inspiration and support of me as a novice lighthouse historian:

Dick Moehl, who I met back in my WMTA days when he was the president of the Great Lakes Lighthouse Keepers Association (GLLKA). Dick passed away in late 2015, but I’ll always remember him for his dedication to our state’s historic lights.

Terry Pepper, who currently serves as the GLLKA president, as well as maintaining what I consider to be the premiere website about Great Lakes lighthouses at TerryPepper.com. Whenever I need to verify information or clarify some fact or another, Terry (and his website) are there. Whenever someone asks ME for information, I send them to Terry’s site first because chances are if he doesn’t have it, no one else does either.

Fred Stonehouse, a well-known author and historian, whose countless books have provided information, entertainment and motivation for me in writing this book. I am honored to be able to quote all three of the legendary men as solid sources of places, names and dates for Michigan’s many haunted lighthouses throughout the pages of this book.

This project has been one filled with passion and excitement on a multitude of levels. It’s allowed me to revisit many of our lights, to gather more ghostly stories and work with my dad to research the family histories of these keepers. I hope you enjoy reading it as much as I did writing it!