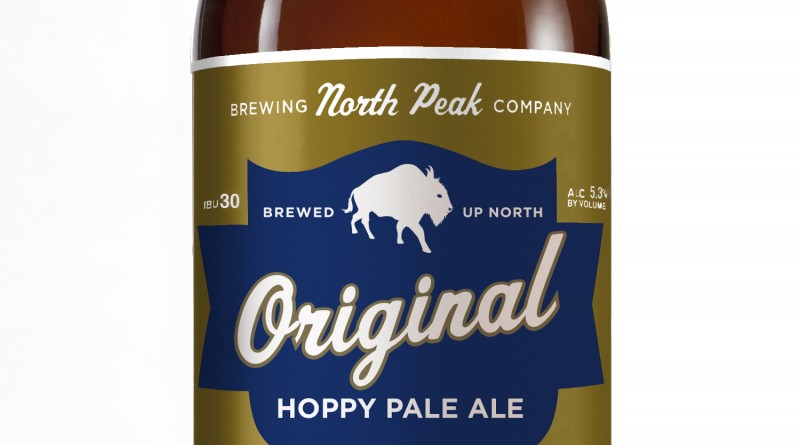 North Peak Brewing Company is known for their IPAs. From their classic Diabolical to a Stormy—an oat IPA to Hoodoo—a wet-hopped IPA released every fall, the bold, hoppy style of beer is a constant throughout the brewery’s portfolio. The brewery shifted from their beloved headier, high alcohol IPA to create new, more balanced hoppy ale. Reminiscent of the traditional pale ale style of beer, North Peak is releasing Original Pale Ale. Brewed to be a lighter, more drinkable beer to be enjoyed all year round.

“Original needed to be well balanced, above all else. With enough hop presence to satiate a hop head while remaining easily drinkable,” says North Peak partner Jon Carlson. “This beer is an everyday tribute to the original pale ale.”

Coming in at 5.3% ABV and 30 IBUs, Original has less alcohol than an IPA, but the hops are still prominently showcased in this hoppy pale ale. A light sweet malt taste compliments the beautiful citrus floral notes from the hops.

All North Peak beers are represented by a character and accompanying folklore tale (most famously Diabolical and the jackalope). The character for Original is a buffalo—representing the large herd in Northern Michigan just outside of Traverse City.

Gone are the years when tens of millions of Buffalo roamed America’s plains. Nearing extinction in the late 1800’s, herds of these imposing beasts are not something to be taken for granted today. Visitors to Northern Michigan are often struck with awe when they learn the largest herd east of the Mississippi grazes on the outskirts of town in Traverse City. Nearing 350 at any given time, the herd roves the farm indifferent to passerby and their double takes. Witnesses ought to give more than a fleeting glance, for lucky are those who witness a rare white buffalo among the masses. Akin to a unicorn, the white buffalo is extremely elusive and symbolizes promise and prosperity.

This hoppy pale ale is brewed true to North Peak’s Original style. From day one North Peak Brewing Company has created a hop heavy portfolio featuring beers full of locally grown Michigan hops. It will be available in bottles and draft, year-round, starting April 2017 and distributed throughout Michigan, as well as limited releases in Ohio.