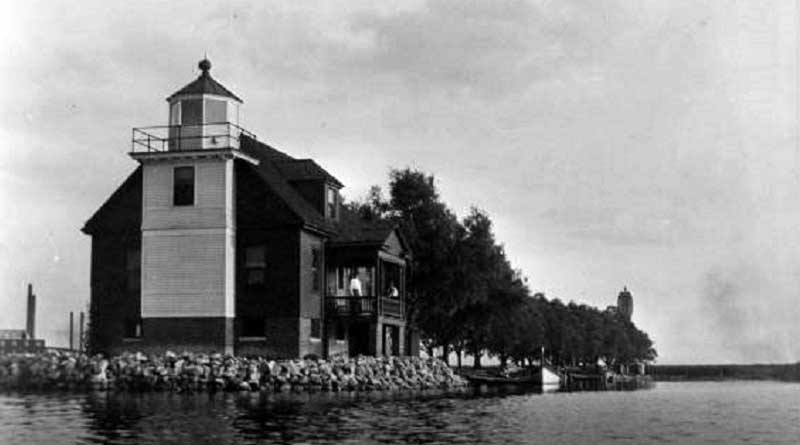 Michigan’s many historic lighthouses were home to dozens of women who served as keepers while also raising their families in often remote locations. This Mother’s Day, we pay tribute to these “Mothers of the Lights” here in the Great Lakes State! 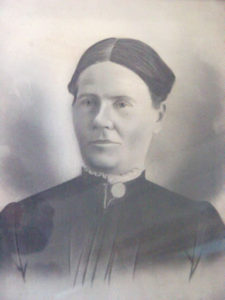 SARAH (COOPER) ROBINSON had given birth to seven of her eventually 13 children by the time she and husband, William, arrived in the Whitehall area in the 1860s. Bill was instrumental in the building of White River Light Station, being named the first keeper (a position he held for 44 years). Three of the Robinson children died before reaching adulthood and Sarah herself passed after having a stroke in 1891. Many of Sarah and Bill’s sons and grandsons went on to serve as lighthouse keepers themselves, carrying on the family tradition. 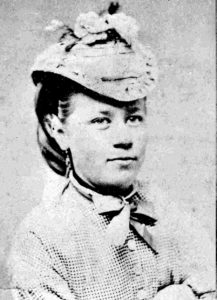 JULIA (MOORE) SHERIDAN and her husband, Civil War veteran Aaron Sheridan, lived on South Manitou Island and served as keepers of the lighthouse there for 12 years. During that time, Julia – who was an official assistant keeper – also raised six sons. Sadly, Julia, Aaron and their youngest child (who was just 9 months old at the time) died in a tragic boating accident on March 15, 1878. Their bodies were never recovered and the five orphaned brothers were ultimately sent to live with relatives in Chicago. 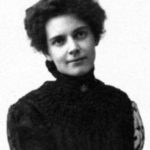 SARAH (UNWIN) SHERIDAN was married to George Sheridan (son of Julia and Aaron), who served as keeper at several lights in southern Lake Michigan during his career. In 1915, when he had left the service for mental health reasons, Sarah stepped up to complete the work of closing and decommissioning the Kalamazoo River Lighthouse in Saugatuck while also taking car of their three sons: 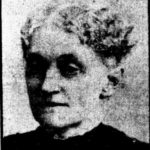 SARAH (NOYES) LANE served with her husband keeper, John, first at the St. Clair Flats South Channel Range Lights in southeast Michigan before moving to the Old Mission Point Lighthouse in Traverse City in 1878. In later years, John was sick and later died, leaving Sarah to serve as the primary keeper at the tip of the Old Mission Peninsula. The Lanes had one daughter, Minnie, who lived with them for nine years before she married a prominent local man, William Rushmore. 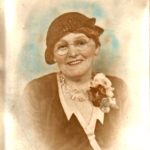 CATHERINE “KATE” (WINTERHATTER) MARVIN became the second keeper of record of the Squaw Point Lighthouse – just south of the Upper Peninsula in northern Lake Michigan – following the death of her husband, Lemuel (an injured Civil War soldier, former Baptist minister and 6-month keeper of the light). The couple had 10 children, five of which were still living at home at the time of Lemuel’s passing in 1897 which meant Kate was required to multitask as head keeper and mother. 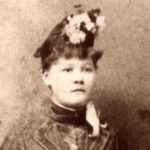 ANNA MARIA CARLSON was the wife of keeper Robert Carlson, who served at several lighthouses on Lake Superior – from the Apostle Islands in Wisconsin to Marquette Harbor Lighthouse and Whitefish Point in Paradise. During those years, she gave birth to three children: Cecilia and twins, Robert and Carl. In later years, Anna and Robert also raised their grandchildren (Ceclia’s children) Bertha and Robert, until their retirement in 1931. 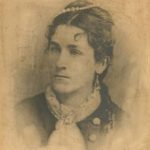 MARY (RAHER) CORGAN served as an assistant to her husband, James, at both the Gull Rock and Manitou Island Lights in Lake Superior. They had eight children, including James P. “Budd” Corgan who was born in the 1870s while enroute from the island to Copper Harbor at the tip of the Keweenaw Peninsula (where she was to give birth with the assistance of a midwife). Given she felt she no longer needed medical attention at that point, Mary directed them to turn the boat around and take her back to her island lighthouse. 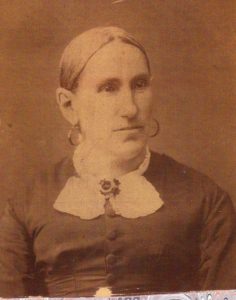 ANASTASIA “ELIZA” (McCLURE) TRUCKEY served as head keeper of the Marquette Harbor Lighthouse from 1862-1865 while her husband, Nelson, was off serving in the Civil War. They had six children, including Frances “Emma” who was later the subject of an historical novel written by her great granddaughter called Finding My Light. Eliza was also a mother figure to local Native Americans in the remote Marquette area and they affectionately called her “Mother of the Light”. 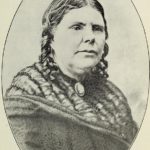 EMILY WARD was a young woman when she moved to Bois Blanc Island in the 1830s to assist her father, Eber, tend the lighthouse there (the second built in Michigan, after Fort Gratiot in Port Huron – where the father/daughter team later served). While Emily never gave birth to any children, as the oldest of four children she was forced into the maternal role as a young child after her mother passed away. Later, she would also take care of nieces, nephews, cousins and other needy children in every place she lived – including at her lighthouses. 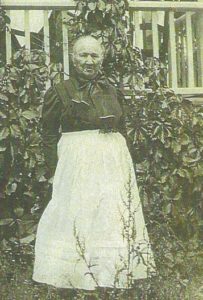 MARY (CHAMBERS) GARRITY was the matriarch of the lighthouse keeping family in Old Presque Isle, north of Alpena. Her husband, Patrick, was the head keeper and she was his assistant. There were seven Garrity children, and almost all served as keepers at one time or another. The family was the last to tend the Old Presque Isle Light and the first to keep the New Presque Isle Light, while several children also serving at the Presque Isle Range Lights. During the years Mary was recognized as an official assistant to Patrick, she was paid an annual salary of $400. 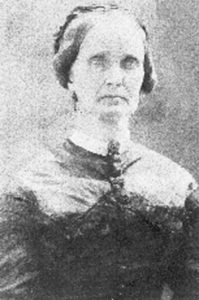 JULIA (TOBY) BRAWN WAY was wife of Peter Brawn, the first keeper of the Saginaw River Rear Range Lighthouse when it was put into service on March 16, 1866. Their youngest of six children (three sons and three daughters), DeWitt, was about 16 years old at the time and moved into the light to assist with the duties. Shortly after the Brawns moved into the light, Peter became bedridden and Julia tended to the daily duties of the light. Seven years later, Peter died and Julia was given the official title of keeper. She later remarried a man named George Way and was ultimately demoted, with George being appointed in the top role until his passing in February 1883. Julia then left the lighthouse service, remaining in the Saginaw Bay area until her own death in 1889. Julia had three sons and three daughters, as identified in her obituary.

CATHERINE (DOYLE) SHOOK applied for the job as head lighthouse keeper of the Pointe aux Barques Lighthouse in Port Austin, after her husband, Peter, drowned in a boating accident in 1849. She was the first noted female keeper in the state of Michigan, the mother of eight children at this remote lighthouse in the “Thumb” area. 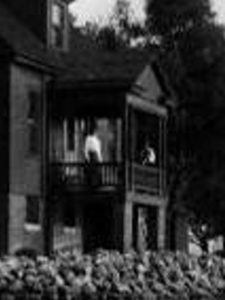 CAROLINE (TAYLOR) LITIGOT was married to Barney Litigot, a Civil War soldier who was appointed keeper of the now vanished Mamajuda Lighthouse in the Detroit River on March 18, 1873. Sadly, he died just nine months later (two days before Christmas). Caroline was appointed temporary keeper in January and ultimately served 11 years before resigning in 1885 and later remarrying before passing away in 1903. Some records note that Caroline and Barney had five sons, but only four are listed on FamilySearch.org.

An interesting side note is that Barney Litigot’s only sister, Mary, was orphaned as their mother died while giving birth to her in the 1830s. While she did keep in touch with their father, a local farmer, he wasn’t equipped to raise a newborn daughter and she was adopted out. Later in life, Mary married a man who had bought 40 acres of land from her biological father – a man named William Ford. They eventually had five children – their oldest being Henry Ford.