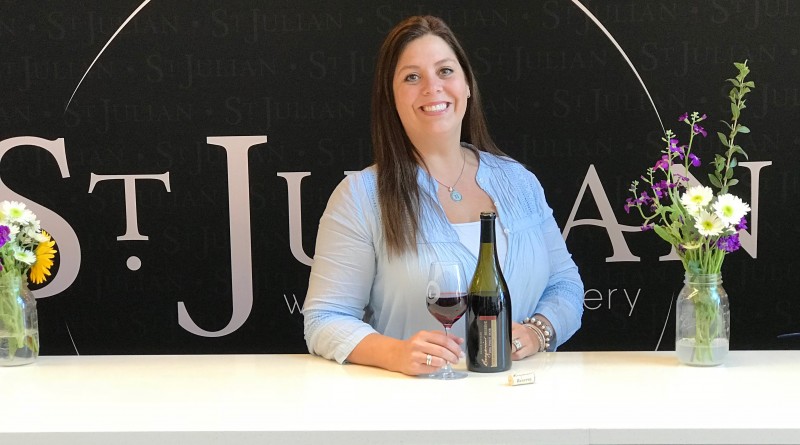 Each year, a select number of wineries from around the world are invited to participate in the popular “Pigs & Pinot” culinary extravaganza at the award-winning Hotel Healdsburg and Dry Creek Kitchen in Sonoma County, California.  St. Julian Winery was the only winery east of the Rockies (and therefore the only Michigan winery) out of the 62 in all to take part in this esteemed 13th annual “Taste of Pigs & Pinot” hosted by acclaimed Chef Charlie Palmer.

The celebratory culinary weekend offered a series of intimate dining and educational events, as well as some of the top Master Sommeliers and international celebrity chefs showcasing some of the world’s greatest Pinot Noirs with perfect pork pairings. The weekend also raised well over $150,000 for local charities and Share Our Strength – No Kid Hungry, a national organization and campaign focused on ending childhood hunger in the United States.

“We were honored to be one of the featured wineries at this year’s event,” says Nancie Oxley, Vice President and Winemaker at St. Julian. “Not only were we able to stand beside some of the best wineries, winemakers and chefs to showcase Pinot Noir, but we made an even greater impact on an issue that affects so many children around our country. Most of us can’t even imagine what its like to not be able to feed our children. When you are a parent and are part of a company that has always put family first, you first give thanks for what you have personally but then you look for ways to give back and make the lives of others just a little easier.”

Founded in 1921 and recognized as Michigan’s oldest and longest-operating winery, St. Julian produces its award-winning wine, sparkling juices, spirits and cider in downtown Paw Paw, with addition tasting rooms in Dundee, Frankenmuth and Union Pier—with new locations opening in 2018 in Troy and Rockford.