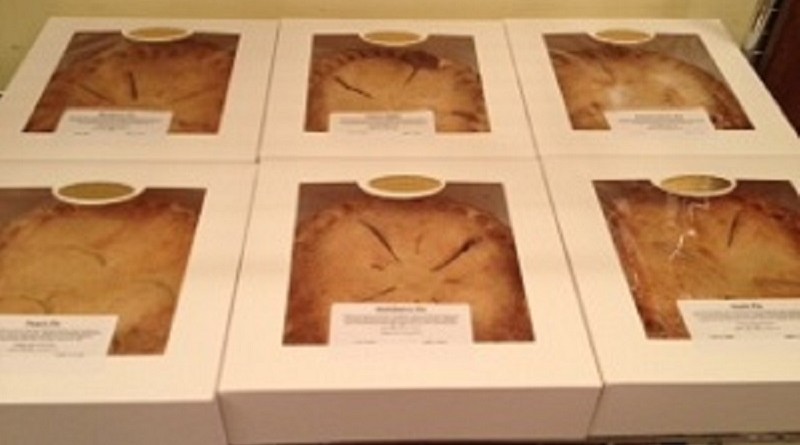 February is “Great American Pie Month” – and here in Michigan, where we’re a leading producer of countless fruits for tasting fillings – there countless places to dig into a delicious dessert pie. I am reminded of a New Yorker article from the 1980s by author Sue Hubbell (who, coincidentally is from Vicksburg, Michigan) called “The Great American Pie Expedition.” In her short story, Hubbell traveled around the country in search of the best fruit, cream, custard and meat pies. While my boundaries are limited to the mitten, here are 14 recommendations to get you started!

1. Achatz Handmade Pie Co. – Located on a ten-acre apple orchard in Armada, this company uses all natural ingredients and recipes that have been passed on through the generations to craft old fashioned pies. Much of the fruit, flours, sugar and dairy used in the pies are also sourced from local farms. Named among the “Top 10 Best Places for Pie 2010 by Bon Appetit” magazine.

2. Crane’s Pie Pantry – The Crane family is synonymous with Fennville – where they’ve operated one of the region’s most noted orchards since 1916. Set against lush, rolling farmland, Crane’s Restaurant & Bakery delivers up dozens of varieties of fruit pies – including many sugar free options – as well as other baked goodies. Stop in for coffee or lunch and a luscious piece of home baked pie. 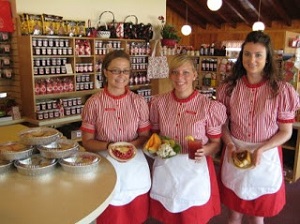 3. Cherry Hut — Even though they’re not open until summer, I would be remiss to not include the world-famous Cherry Hut in Beulah in this list as one of the top bakers of delicious cherry pies. Started as a roadside stand in 1922, they offer so much more now – including a variety of jams, dried fruits, candies and more. 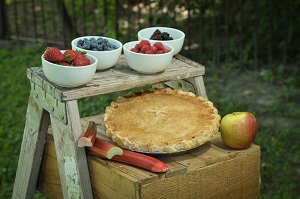 5. Gammy’s Pies – According to their website, this Holland pie master draws “inspiration of a fourth generation German heirloom pie cruised paired with equal parts love, creativity and craftsmanship” Driven by the beautiful bounty provided by the state of Michigan and the growers and producers whose art make the finished product possible, Gammy’s serves up a total pie experience. 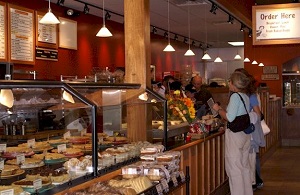 7. Grand Traverse Pie Company – Opened in downtown Traverse City on July 19, 1996 this has become one of Michigan’s most noted companies – with 14 locations across the state (and Indiana). What started as a simple pie shop has evolved into a family of bakery cafes, with gourmet soups, sandwiches, salads, quiche, pot pies and coffee – oh, and more than 40 varieties of juicy fruit and cream pies.

8. House of Pies – This family-owned and operated shop in Alanson specializes in homemade fruit and cream pies – each perfected using the finest ingredients and locally-grown fruit. Along with its award-winning pies, they have a full bakery featuring scones, breads, cookies and brownies, along with a coffee shop. 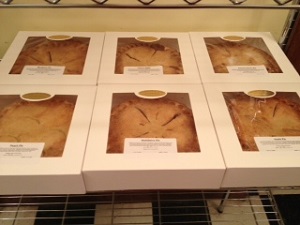 14. Sweetie-Licious – So this cute little pie shop started in DeWitt by Linda Hundt. The entire business – with its pink and white décor – is set back in the 1950s in the nostalgic era of comfort food, vintage ambiance and quaint period charm. Oh, and her sweets are delicious! Linda and her Sweetie-licious treats have won numerous awards including the 2011 Crisco 100th Anniversary Innovation Award and the Food Network’s “Amazing Pie Challenge. Just last year, a second location was opened in the Downtown Market in Grand Rapids.

What are your favorite pie eateries? Share your stories and photos on the Promote Michigan Facebook Page.