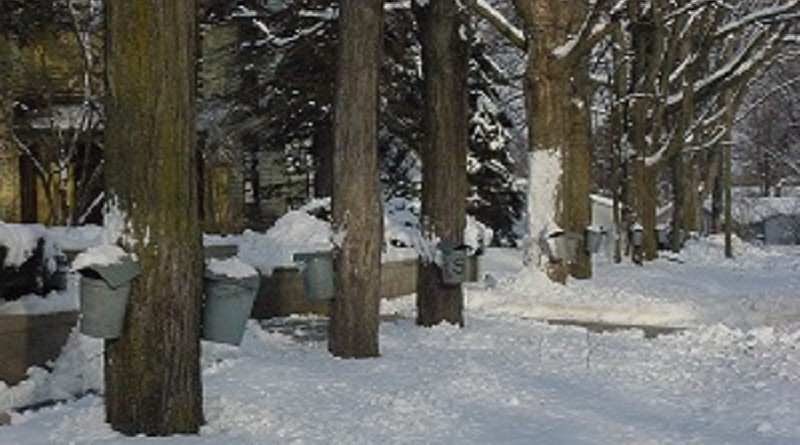 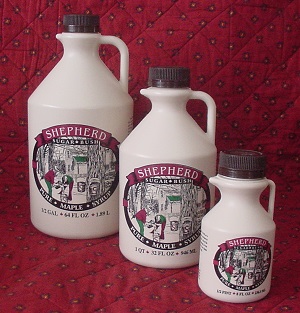 The Michigan Maple Syrup Association is planning three weekends of celebrations focused on the state’s oldest agricultural activity during the 2nd Annual Michigan Maple Weekend. Overall, more than 25 sugar makers are participating in the festivities; a list is found here.

“The weekend provides the people of Michigan and surrounding states a chance to see how our oldest crop is produced,” says Joe Woods, event coordinator. “For many people it is a chance for them to experience firsthand where their food comes from and the work and expense that goes into bringing a crop to market. For the producer it is a chance to meet new customers, educate consumers and display the workings of a sugar bush. Together this brings awareness of the maple syrup industry to the public.” 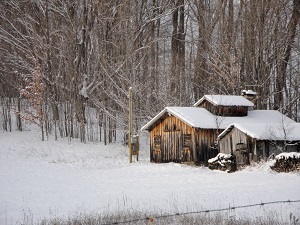 The family-friendly events held around the state are a great time for people to get out and get a firsthand look at how maple sap is collected, boiled down and turned into sweet maple syrup and other maple treats. Many of the farms will offer tours of their operation including tree tapping demonstrations, samples of their products, recipes for the use of maple syrup and local maple syrup products available to purchase.

Visitors to a local farm will have a chance to meet the farmers and their families that produce maple syrup and to get outside and enjoy Michigan’s early spring weather. Attendees are reminded to wear boots as mud and snow will still be abundant at this time of the year. 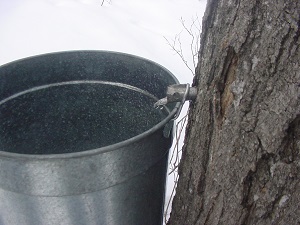 • Average maple syrup production in Michigan is about 90,000 gallons per year.

• Maple syrup is a Michigan tourist benefit. It is a “thing” to buy.

• There are an estimated 500 commercial maple syrup producers in Michigan with some 2,000 additional hobby or home use producers.

• Michigan law requires that processor of maple syrup must be licensed.

• The production of pure maple syrup is the oldest agricultural enterprise in the United States.

• Maple syrup is one of the few agricultural crops in which demand exceeds supply. 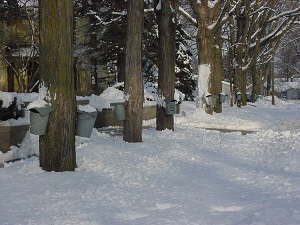 • Only about 1 percent of Michigan’s maple forest resource is used in maple syrup production.

• In an average year, each tap-hole will produce about 10 gallons of maple sap, enough for about a quart of pure Michigan maple syrup.

• It takes approximately 40 gallons of maple sap to make 1 gallon of maple syrup.

• A gallon of standard maple syrup weighs 11 pounds and has a sugar content of 66 percent.

• Maple syrup is the first farm crop to be harvested in Michigan each year.

• Maple syrup is not the recipient of any crop support or subsidy programs.

• A maple tree needs to be about 40 years old and have a diameter of 10 inches before tapping is recommended.

• Warm sunny days and freezing nights determine the length of the maple season. 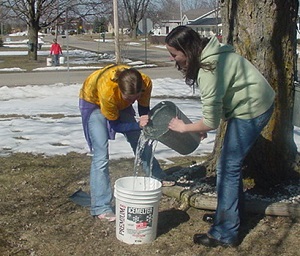 • Freezing and thawing temperatures create pressure and force the sap out of the tree.

• A very rapid rise in temperature (25 to 45 degrees) will enhance the sap flow.

• While the sugaring season may last 6 to 10 weeks, but during this period, the heavy sap may run only 10-20 days.

• Average sugar concentration of maple sap is about 2.5 percent.

• Maple sap is boiled to remove the water and concentrate the sugars in a process called evaporation.

• In a conventional evaporator one cord of hard wood is required for every 25 gallons of syrup produced.

• Maple sap becomes maple syrup when boiled to 219 degrees Fahrenheit, or 7 degrees above the boiling point of water.

• Pure Michigan maple syrup has 50 calories per tablespoon and is fat-free. It has no additives, no added coloring and no preservatives.

• Maple syrup is classified as one of nature’s most healthful foods.

• Michigan has a Maple Syrup Week held in March of each year. 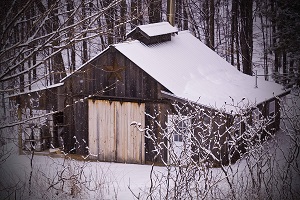 Founded in 1962, the Michigan Maple Syrup Association is a non-profit organization dedicated to the preservation of maple sugaring in Michigan and the promotion of Michigan pure maple products. If you have more than just a passing interest in the science, industry, commerce, or enjoyment of maple products anywhere in the world, please consider becoming a member of our organization.