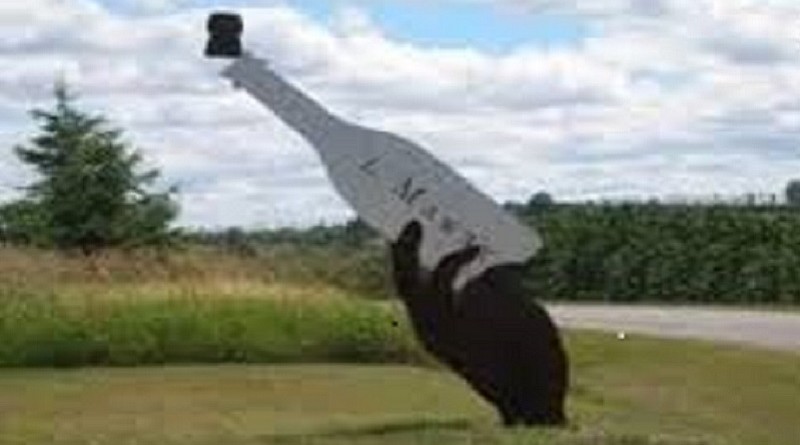 SEX…Pink Bubbles in a Bottle 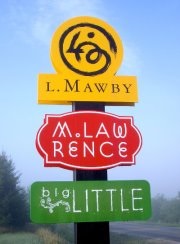 Isn’t it wonderful to know that you can waltz into the L. Mawby tasting room in Suttons Bay, or any number of restaurants, bars or retail shops around the state of Michigan, and purchase SEX…legally?

This brut rose sparkling wine has been hand-crafted on the Leelanau Peninsula in northwest Michigan under the M.Lawrence Brand since 2002. Its vibrant salmon hues and soft, fruity flavor give way to tiny bubbles which dance on your tongue in a delicious and excited fashion. While SEX meets French standards for its brut designation, it is not bone dry as one might expect. In fact, it’s quite mouth-watering. 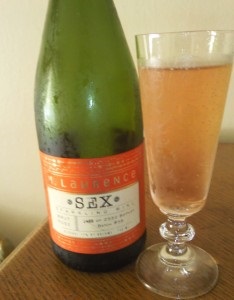 SEX is a “provocative blend of pinot noir and chardonnay grapes that are hand-picked and carefully whole-cluster pressed. The juice is fermented in stainless steel tanks, then blended with reserve wines and fermented a second time in a closed tank [the cuve close method]. The wine is then filtered, dosaged, and bottled.”

The vibrant personality behind the L. Mawby and M.Lawrence brands is none other than Larry Mawby – who has been mastering his craft of winemaking since his first crush in the fall of 1978. Since that time, he’s been regarded as one of the masters of his industry – making wines not only for his own small-lot brands (with an annual production of less than 8000 cases) but also for other Michigan wineries. 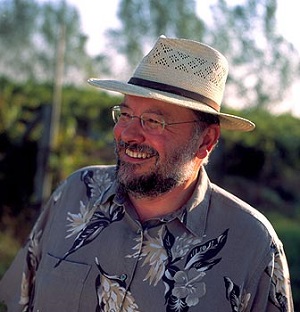 Each year, 3500 cases of the award-winning SEX are produced at the hands of assistant winemaker Michael Laing – who was officially introduced to the agricultural and winemaking industries in 2005, when his family began selling grapes from Leelanau County to Mawby.

By 2007, he was working at the winery. A trip the following year to New Zealand gave Laing the opportunity to work in a custom winemaking facility – making Pinot Noir. A new career tract in mind, he returned to Michigan and began working beside Larry, concentrating on the M.Lawrence brand – including SEX.

In addition to his work with Mawby, Laing also owns a brand of sparkling and table wines with his brother, Peter, called Big Little Wines (est. 2011). 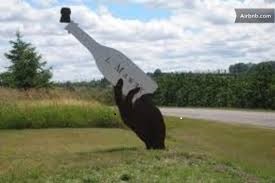 For some, SEX may be considered a novelty wine. Yet, for true Mawby lovers, it is a conversation starter (or perhaps a clever pick up line) like no other. “Let me buy a round of SEX for the house” or “I’m having SEX at the bar tonight” are among the common phrases uttered with pride by Mawby’s more vocal and confident fans. Even visitors to the tasting room often walk through the front door clamoring “I hear Mawby has the best SEX around” and “We were sent here for SEX.” 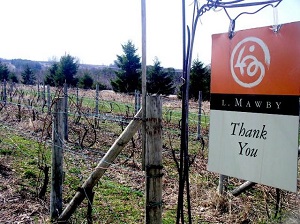 Now, you might wonder how an alcoholic beverage with the name of SEX could make it through the strict licensing and labeling laws that the federal government enforces. Even Mawby himself wonder how this came to be, but only for a moment. Now, he just basks in the glory that is SEX.

Now that we’ve whet your appetite for SEX, you’ll need to know where you can find it – with regularity, of course. A visit to LMawby.com will provide a list of retail outlets and restaurants around Michigan (as well as Illinois, Virginia, New Jersey and New York, as well as North and South Carolina) that serve SEX. Currently, SEX is available at nearly 40 locations in the greater Grand Rapids area.

“We’re very glad that you are able to have SEX whenever you want it,” Mawby says. We’ve been working hard for several years to bring that about.”