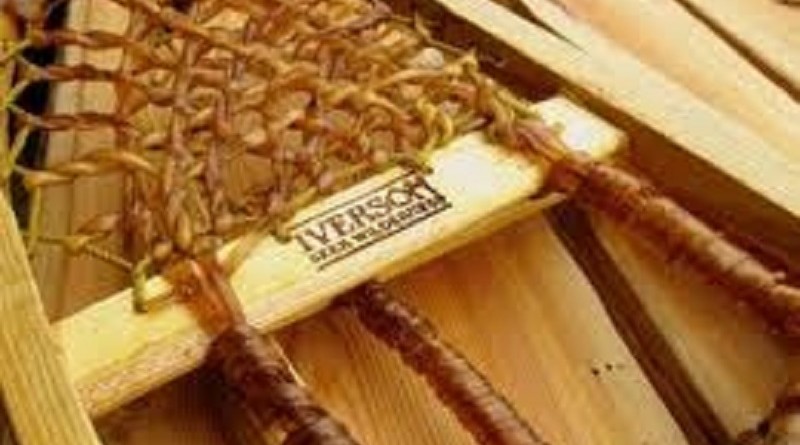 Michigan is a four-season playground – and during the winter months, it’s the ideal time to get out and explore new activities that celebrate the snowy expanse which stretches out over the state. Countless Michigan companies have tapped into this winter recreational lifestyle, producing accessories to help us play and keep us warm while doing so.

Marhar Snowboards are made in Grand Rapids and are Michigan’s only 100% handmade snowboard manufacturer. Founded in 2008, this company produces all of its own bamboo cores, poplar cores and uses pneumatic heat presses to form all the boards. The “Design Your Own Board” program allows riders to explore their own creative side by designing not only the graphics but selecting the board tech as well. 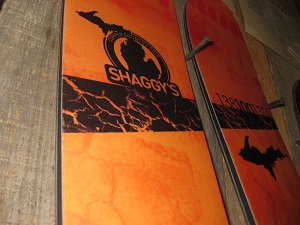 Shaggy’s Copper Country Skis has been handcrafting custom skis in the northern Michigan town of Boyne City since 2005. Born out of a racing background these skis are built to withstand the abuse of the mountain. This year, Shaggy’s has partnered with the UP’s Mount Bohemia – one of the Final Four of Powder Magazine’s “Ski Own Throwdown” – for the new Tubby brand. 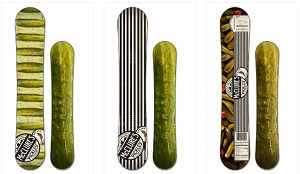 Epix Snowboards are designed and created in Detroit, then hand-built 40 miles north in Ortonville. Boards are not sold in thousands of shops across the country – but are instead custom designed with the individual rider in mind. Unique artwork design is as original as the rider – although some favorites featuring Detroit-based companies are among popular selections. 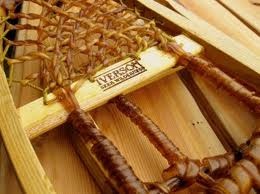 Iverson’s authentic bent-wood snowshoes have been created in the Upper Peninsula town of Shingleton since 1959. Today 17 handcrafted models are available – laced with traditional, rawhide, neoprene or nylon. As a leader in snowshoe manufacturing, Iverson’s has developed technology such as the “Standard A” harness and “No-Sno” poly-lacquered coating which have become a reference standard of the industry. 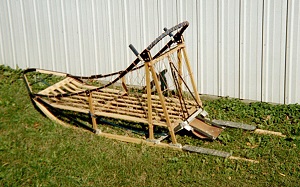 Risdon Rigs designs dog sleds (as well as training rigs, tug and main lines, harnesses and other equipment) in Laingsburg, just as they have since 1972, using Michigan ash. The company also manufactures snowshoes crafted the old fashioned way – one at a time. Hackberry is used in the snowshoes, which create a look of traditional wood and rawhide shoes, with poly-lace webbing. Snowshoe kits are also available.

Wolverine World Wide in Rockford is the manufacturer of Merrill, Track n‘ Trail, CAT and Pategonia footwear. Whether working, hiking or hunting, the vast selection of boots are sure to keep feet warm and dry no matter the outdoor activity. A variety of jackets are also available – for work and play. 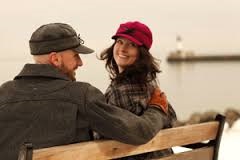 Stormy Kromer iconic hand-stitched caps have been keeping people warm in the winter since 1903. Made in the Upper Peninsula, these durable and colorful hats are as fashionable as they are practical. Men, women and children’s sizes are available in a variety of colors and styles. Coats, vests, shirts, pants, gloves and accessories – like purses, bags and blankets – deliver the Stormy style. Free tours of the Ironwood factory are offered, if you’re in the neighborhood.

Original Red Flannel Factory drop-seaters began as a woman-owned, home-based business in 1936 in Cedar Springs. The story goes that that was the “worst winter in years” with heavy snowfall and sub-zero temperatures that left the country chilled to the bone and an article in a New York newspaper claimed there were no red flannels to keep American’s warm. A response came from Michigan – starting that “just because Sak’s Fifth Avenue does not carry red flannels, it doesn’t follow that no one in the country does. Cedar Springs’ merchants have red flannels.” Associated Press picked up the story, sales of red flannels soared and the rest is history. 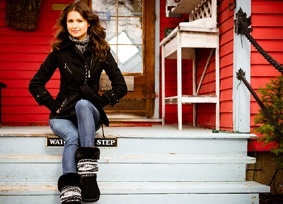 Hugrz™ Boot Wraps help dress up a variety of boot styles and are made in Oakland County. Originally designed for shearling booths, they look equally good with heels, booties and even cowboy boots. Accessories – such as laces, feathers and tassels can dress up the wraps even more. Styles span the spectrum – with looks like fur, velvet and knit offering a variety of fashionable options. Found in more than 160 stores in the United States, Hugrz™ were named “top swag” at the Sundance Film Festival and have been chosen as gifts for hundreds of celebrities including Taylor Swift, Sheryl Crow, Kelly Clarkston and Meredith Vieira, among others. 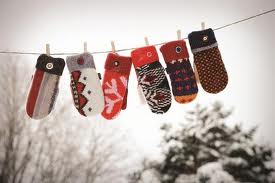 Baabaazuzu mittens, fingerless gloves, scarves and headware (for men and women) are made in Lake Leelanau of recycled wool on the outside and soft microfleece lining on the inside. Found in nearly 900 retailers across North America and abroad, the brand has been available since 1993. Baabaazuzu has been featured on national television – when Michigan’s Cari Cucksey – host of the HGTV show Cash & Cari – sported fingerless gloves and when actress Sean Young wore multiple pieces while competing on ABC’s realty TV series, Skating with the Stars. Recognized in 2008 and 2009 as a “Michigan 50 Company to Watch.”

The Peapack Mitten Company are one-of-a-kind mittens – handcrafted in the Mitten State city of Grand Rapids – made with 100% recycled wool and the softest polar fleece lining. Available in a wide assortment of colors and embellishments, these mittens are machine washable and dryable – making them easy to care for throughout the winter months. Available online and at select West Michigan retail outlets.