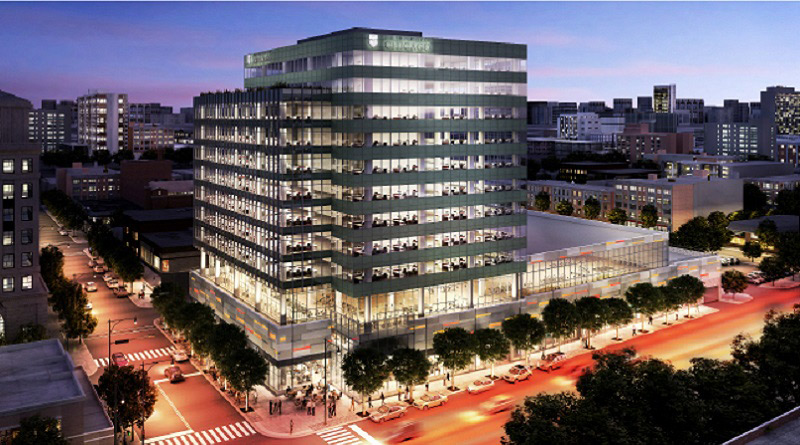 (Chicago, IL)—Jolly Pumpkin is heading across Lake Michigan to open a new restaurant and bar in Chicago.  Jolly Pumpkin has announced it will be opening a location in Hyde Park, near the University of Chicago, in 2017.  The 5,800-square-foot restaurant will serve craft beers, distilled spirits, and wines available through the Northern United Brewing Company (NUBC) brand – including Jolly Pumpkin Artisan Ales, North Peak Brewing Company, Nomad Cidery, Civilized Spirit and Bonafide Wines, as well as a full pub menu.

“We’re excited to expand our restaurants outside of Michigan,” says NUBC partner Ron Jeffries. “Hyde Park is the perfect location for us, the vibrant neighborhood shares an eclectic vibe with that of our company and Chicago’s craft beer scene parallels some of the greatest in the US.”

Jolly Pumpkin will be located at Harper Court, a 12-story University of Chicago office tower with retail on the ground level. “There has long been community interest in having a pub-style restaurant at Harper Court,” said James Hennessy, the University’s associate vice president for commercial real estate. “The addition of Jolly Pumpkin will enhance Hyde Park’s growing reputation as a new dining destination in Chicago while introducing a brewery to the neighborhood.”

This will be the fourth restaurant in the Jolly Pumpkin portfolio. The original being in Traverse City, followed by a downtown café in Ann Arbor, and a casual eatery in Midtown Detroit. While Jolly Pumpkin restaurants are known for their namesake sour barrel-aged beers, each location features a distinctive menu and identity.

Jolly Pumpkin Hyde Park will be a casual 30-plus tap bar with walk-up ordering service, indoor and outdoor seating. A unique bar will offer patrons a variety of draft beer and cider, as well as featured craft cocktails and wine. One beer that is sure to be featured on tap is Jolly Pumpkin’s Oro de Calabaza, an Artisan Golden Ale that the New York Times named the #1 Belgian Beer in the World in 2010.

As with all its locations, Jolly Pumpkin will be working with local purveyors in developing its menu.  While the restaurant will offer a menu all its own, it will include some iconic Jolly Pumpkin favorites like the JP Burger, truffle fries, the Perfect Chicken Sandwich and artisan pizzas.