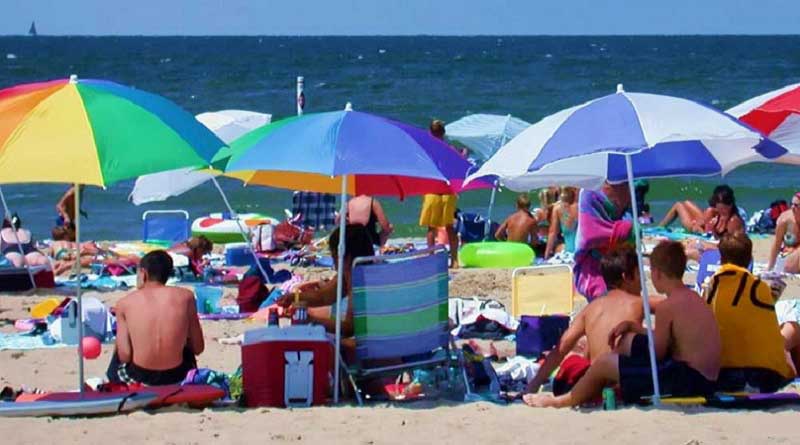 A few weeks back, Good Housekeeping magazine published “The 46 Best Beach Towns in America” where not one single lakeshore town in Michigan (or in the Midwest) was featured. I was outraged. I guess I wasn’t alone, as writer Kathleen Lavey reached out to me last week asking about it for an article for the Detroit Free Press.

Interestingly enough, the writer of the piece has never been to Michigan, so I guess that explains her lack of knowledge about the Great Lakes State. The state that has more freshwater coastline than any other state – at more than 3200 miles (and second in overall coastline in the United States, behind Alaska). The state that touches four of the five Great Lakes (I’m sure you’ve seen the shirts and signs: Four out of Five Great Lakes Prefer Michigan).

Some of my favorite Pure Michigan beaches made Nicole Rupersburg’s list of “19 Michigan Beach Towns, Ranked” which appeared in 2015 on Thrillist.com and Kate Abbey Lambertz’s “10 Beaches That Will Make You Want to Plan a Trip to the Great Lakes Immediately” which was published on HuffingtonPost.com, also in 2015—like Empire, Ludington and Petoskey, among others.

Coastal Living published a list of about 30 “Best Beaches in the USA,” with only one Michigan city making the list: Grand Haven (along with one beach in Indiana, one in Illinois and one in Ohio).

The Silver Lake Sand Dunes area, in Oceana County, was once named one of “America’s Best Little Beach Towns” by Travel + Leisure magazine.

In 2011, the Sleeping Bear Dunes National Lakeshore are was named “The Most Beautiful Places in America” by viewers of Good Morning America! Earlier this year, National Geographic also named Sleeping Bear Point as one of the 21 Top Beaches on Earth.

Last year, Pere Marquette Beach in Muskegon was the winner of the “Best Beach in West Michigan” competition voted on by viewers of WZZM TV13 in Grand Rapids (with more than 4,000 voters). Grand Haven State Park came in second, followed by Stearns Park in Ludington, Ludington State Park and Oval Beach in Saugatuck.

And let’s not forget the 11,000 inland lakes that are scattered around Michigan (both the Upper and Lower Peninsulas). Yes, that’s more than Minnesota…known as “The Land of 10,000 Lakes.” 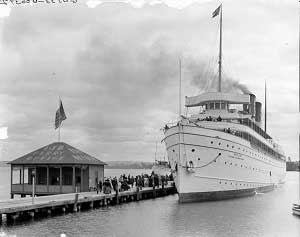 Yet, even with these smatterings of media accolades, why is it that American’s don’t recognize the waters of the Great Lakes as among the best-of-the-best? I mean, the waters are salt free…and shark free. They’re more affordable than many ocean coastline communities. And, don’t forget the Midwestern hospitality.

Despite the fact that many Michiganders prefer the world not know about our treasured beaches and shoreline towns, the state’s #3 industry (tourism) is dependent on the billions of dollars these visitors bring with them during their vacations each year. The shops and restaurants in these cities employ thousands of people who serve these folks – often generation after generation.

In fact, Michigan has been welcoming travelers since the 1800s who arrived by steamer ships, trains and later personal automobiles to escape the city heat in Chicago, St. Louis and other locales. They were drawn to the sugar sand beaches, the cool waters and the often allergy-free environment. 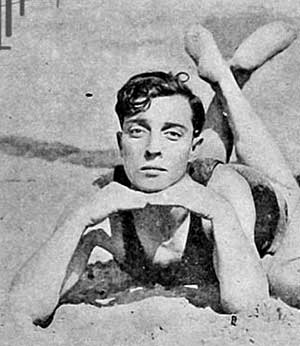 Back then, they came for the summer and it was often these early families who helped shape some of our more noted resort areas like Harbor Country (the Hampton of the Midwest), Macatawa (where Wizard of Oz creator L. Frank Baum vacationed), Bluffton (once home to the “Actor’s Colony” of vaudeville stars like Buster Keaton) and the Methodist-founded Bay View near Petoskey (among many others).

Granted, I sometimes get frustrated when I can’t get a seat at my favorite “Up North” restaurant on a Friday night in July. But, often – I just walk around town to another less crowded place with equally good food, beverage and views. Or, I plan my visit a little earlier (or later) than the peak times of 6-8pm.

Michigan is a big state…nearly 20 million acres big. There is plenty of room for our residents (year-round and seasonal) and visitors alike. So, as you head out this year – extend a welcoming hand or wave to those around you and invite them to enjoy the very reasons why you love living here. Make them feel at home, share a spot on the beach and deliver some Midwestern hospitality. Our Pure Michigan reputation depends on it.