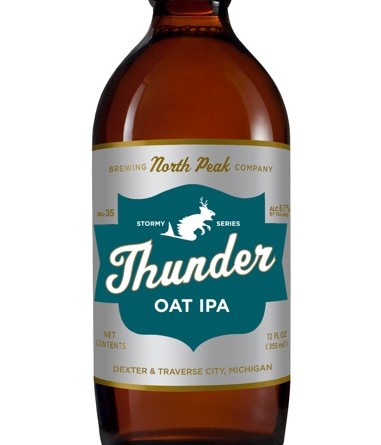 Last year, North Peak Brewing Company released its first East Coast IPA called Stormy. An Oat IPA full of haziness unlike any other IPA in their portfolio. Stormy came in with a force and quickly became one of the brewery’s most well received beers ever produced.

“You asked for it and we listened,” said North Peak partner Jon Carlson. “While Diabolical will always be our favorite Midwest IPA, Stormy has quickly become our favorite East Coast-style IPA. The response to this beer has been incredible and everyone wants more. So, we’re going to make more.”

Initially released as a seasonal beer, the popularity of Stormy has led the brewery to develop a year-long Stormy Series schedule to launch early June 2017.  The series will feature five new variations of Stormy. All East Coast or New England-style IPAs, these beers will vary in hop additions but all have the same hazy, juicy mouth feel reflective of the style.

The Stormy Series will include five new beers: Thunder,  Zephyr, Torrent and Murky, available in specialty six-packs and draft. The first will debut in June and the remainder of series will release throughout 2017/2018.