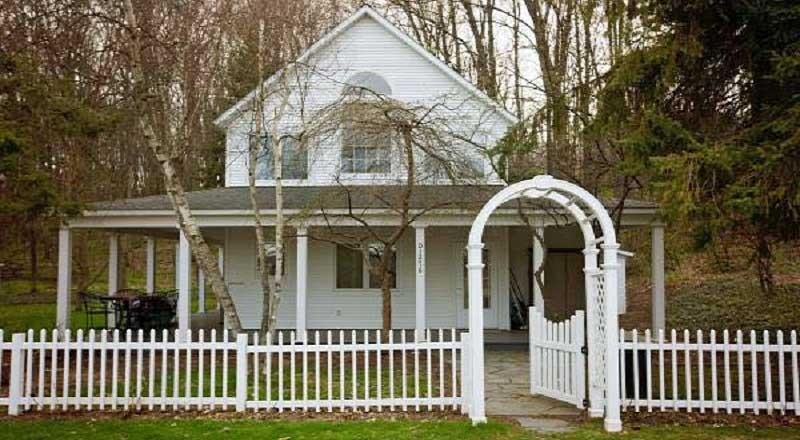 It was Thanksgiving of 2009 when it really sunk in for me…spending five days alone in Empire for the holidays and being at peace with it.

For my entire life, Thanksgiving had been spent with my mom’s family gathered in later years in the basement of my grandparent’s house overeating, watching football, playing cards and planning the Black Friday shopping strategy with my aunts and cousins. In 2008 that tradition ended, after my Grandmother passed away just days after her 90th birthday. We gathered that year, among tears and sadness, and memories of years gone by. The following year, my kids began spending Thanksgiving with their dad and his family. I began a new tradition which set me on a course for where I am in my life today.

It was horribly snowy and blowing that winter, frigidly cold but I never felt more warm and secure in my surroundings. As I settled into Empire Lodge, I soaked up the silence and hour by hour, I began to hear my own thoughts—those coming from my head and my heart. That long weekend, I rested and I read, I ate and I drank, I walked the beach along Lake Michigan and felt blessed at the wonder of it all. That this place was at my disposal to enjoy for an hour, a month or the rest of my life. It was during this weekend that I began to see the path to my future.

And I think Grandma would have been proud. She had always inspired me to follow my dreams by how she lived her own life. How she traveled the country and beyond, seeing the wonders of the world with my Grandpa and often with cousins, aunts, uncles and friends (sadly, I never took a road trip with her and I regret that). How she enjoyed cooking for the family not just on holidays, but on any given Sunday and how savored every bite of every meal. How she looked positively on life even when she was dealt with health issues time and time again. How she smiled at even the little things that gave her joy, like birds at the feeder and working in her garden…things that make me happy as well.

That Thanksgiving weekend changed my life and I returned every Thanksgiving for five years. The routine was often the same—but it became my respite from my busy life and my inspiration for my future. During those years, I came to the realization that I needed more than an occasional vacation “Up North” – I needed it to be part of my life on a daily basis.

With kids still in school in Plainwell, there was some time to work out the details. But it was always there, in the back of my mind. And during those years, the plan took shape. The desire became stronger. The vision became clearer.

In March 2014 the dream came reality when I moved to Traverse City (technically, Lake Ann in Benzie County) to four acres and “The Blog Cabin”. Thanksgiving that year was spent volunteering to serve meals at a church in town followed by dessert with friends. The next year, it was off to Petoskey and “The Write House on Round Lake” (for two years) where Thanksgiving was quiet and peaceful.

This year, I will celebrate Thanksgiving in Walloon Lake at “Mi Storybook Cottage” – where I am blessed and thankful once again for being able to live in such a beautiful place, making a living doing what I love and having the support of my family and friends.