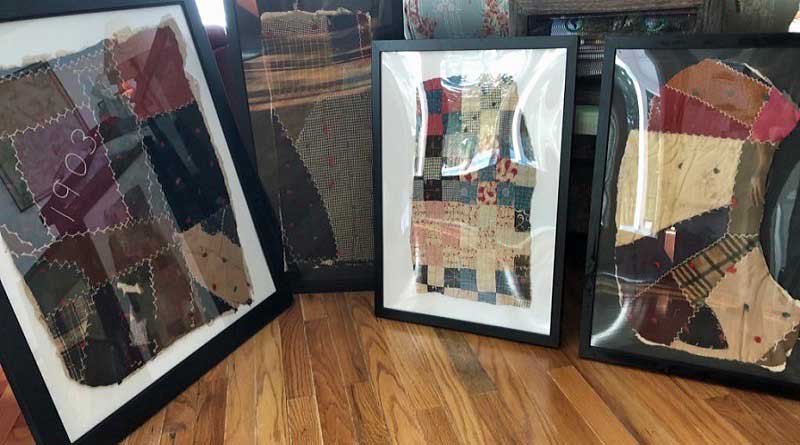 Yesterday we celebrated my family Christmas at my dad’s house on Gilkey Street in Plainwell — the house where his mother was raised and where we lived from when I was about six until moving out on my own after college. My paternal grandparents lived next door at the time – until they sold the house and moved to the cottage at Pine Lake (and also spent winters in Florida).

Ours is a blended family (in more ways than one), but our Christmas celebration has remained one of the constants. To some, it seems awkward and overwhelming, but thankfully we are able to make it work.

My parents separated in 1991 just months before I was to get married myself (and divorced a short time later). By the next year, my daughter, Mollie, was born and her first Christmas was chaotic to say the least. At five months old, we were bundling her up and hauling her to countless gatherings (grandparents and great grandparents) and as a new mother it was almost too much.

By Mollie’s first birthday the following July, we had found that divorced parties (including my dad’s new wife) could co-exist for a few hours and by that next Christmas, we were able to celebrate the holidays together – even after Caleb was born a few years later. This became even more important after I myself became divorced, as a way to provide balance to the holiday season. One year, we host at my mom’s house – one year at my dad’s (although for a few years, we did meet in the community room in the apartment complex where my paternal grandfather lived).

And while the locale changes, the menu doesn’t (well, it did for one year – but I don’t like to talk about THAT year).

As the kids grew up (the youngest is 23…although a new generation will be joining us for 2020), we ceased gift giving and just focused on the short amount of time we are able to gather together. Even stockings became a thing of the past. Until this year.

Preparing to host my first Christmas with my kids and my boyfriend and his kids, I asked my mom to dig out the stockings she had made for Mollie and Caleb when they were little so that I could use them at my house. And…to also make new ones for their significant others, Justin and Sierra, as well as my boyfriend Greg’s two kids, Logan and Megan. Turns out, I opened up a bit of a Pandora’s box. After our mouth-watering feast, my mother passed out stockings not only to the original 5 grandchildren – but their wives / significant others (as well as to me (with cardinals as a memorial to my Grandma Knight), Greg, my brother (Bob) and his wife (Lynn), and my stepsister, Kate.

It was a very emotional and special moment. But it wasn’t the only one of the evening!

Several years ago, my dad gifted to his children and grandchildren pieces of a family quilt dating back to 1903. The “story” is included below…and has quite a history. Since that year, I’ve held onto the pieces that my kids and I selected, hoping to frame them. Finally, this year I got around to displaying the pieces. Mine (with the 1903 timestamp) is hanging in the upstairs hallway of my house. The pieces my kids selected were given to them after dinner (and after a tearful stocking distribution).

The History of the Family Quilt Pieces

Sometime around 1890, the family moved to Michigan, where John got work as a miller in places such as Breedsville, Otsego, Neeley and Orangeville. Following John’s death in 1906, Sarah lived with several of her children, but mostly with her daughter, Mary Emma (Walroth) Walker in the house on Gilkey Street in Plainwell. Sarah died of a stroke on October 29, 1924, in Plainwell and is buried alongside her husband at the Orangeville Cemetery.

In 1903 Sarah created a quilt, which included the date and her name. After her death, when her daughter, Mary, needed to recover the cushions of the wicker couch on her front porch, she used parts of her mother’s quilt to make the covering.

That wicker couch set (a 3-seat couch, chair and rocker) were used at a point at the house in Gilkey Street where Ruth Mary (Walker) Higgs grew up. Eventually, that furniture made its way to the family cottage on Pine Lake before returning to Gilkey Street where it sat on the front porch of the family home, purchased in the mid-1970s by Ruth’s son, Jim Higgs, lived with his family. In the late 1990s, the three-piece set was restored – recovered and painted. At that time, the pieces of that 1903 quilt were uncovered, saved and later given to Jim’s children and grandchildren as family heirlooms.

In 2019, these pieces were lovingly framed by Jim’s daughter, Dianna (who currently has ownership of the wicker set) and given to her adult children – Mollie and Caleb – for hanging in their respective homes. The signature piece of the quilt – adorned with 1903 – is framed and hanging at Dianna’s house.