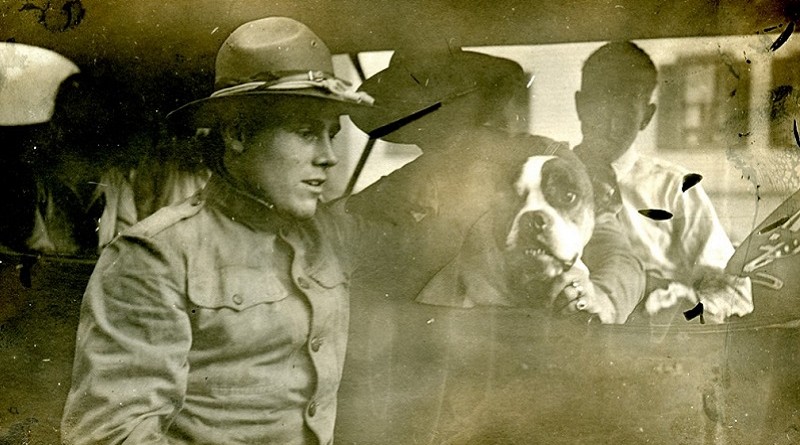 In collaboration with the Chelsea River Gallery (inspired by co-Director Deborah Greer) Chelsea District Library presents The World War I Centennial: Strong Foundations, New Possibilities, which commemorates the centennial anniversary of World War I. The program is made possible in part by a grant from the Michigan Humanities Council, an affiliate of the National Endowment for the Humanities as well as the Chelsea Chamber of Commerce Tourism Action Plan Program (CTAP), through Washtenaw County Convention and Visitors Bureau.

More than 100 years ago, America was gripped in the midst of World War I (July 28, 1914 – November 11, 1918). It affected U.S. troops overseas and families back home in communities across the country, including those in the southeast Michigan town of Chelsea, in Washtenaw County. 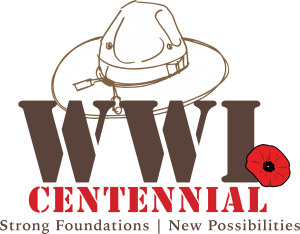 As part of a continuing effort to chronicle the city of Chelsea’s history, the Chelsea District Library has curated WWI-era photographs, letters, stories and artifacts from local residents. This collection will culminate with the installation of large-format black-and-white banners, printed by Grafaktri Inc. of Ann Arbor, featuring local historic photographs which will grace the downtown buildings during this exhibit.

The public unveiling and ribbon cutting will take place at 11am on Saturday, July 30, with the exhibit on display through Veterans Day, November 11, 2016. For more, check out the stories and photos on our Stories of Chelsea local history website.

Saturday, July 30 | 11 am–2 pm| Library Lawn | Drop-in
World War I Centennial Strong Foundations, New Possibilities Ribbon Cutting
Join community members, neighbors and friends for our official ribbon cutting ceremony at 11am on the library lawn followed by docent guided-tours of the banner installations. Check out our exhibits of local WWI era artifacts, stop in to see a World War I reenactor, and take a moment to cool off in the library and check out the stories and photos on our Stories of Chelsea local history website.

This event is held in conjunction with the city’s Sounds & Sights Festival (July 29-30), which includes the Chelsea Art Market (July 29-30), Chalk Art (July 30) and Car Show (July 30). As such, parking in and around the city may be a challenge. For more information, click here.

Wednesday, August 10 | 6:30-8 pm | McKune Room| Registration Required
General John J. Pershing’s Hello Girls
When the U.S. entered WWI in 1917, General John “Black Jack” Pershing insisted on bilingual phone operators near the front and the “Hello Girls” were formed, enlisting support from Bell Telephone. During this historical interpretation, Lois Sprengnether Keel portrays Oleda Joure, a 16-year-old Marine City, Michigan (103 miles northeast of Chelsea) teenager who received special permission to enlist. In uniform and with music, Lois will tell the story of how pre-war, Oleda and her brother were weekend musicians. When she arrived in England and was asked to entertain the troops like her brother, she had to refuse due to her Oath and risk of court-martial. After the war, the Girls learned the army considered them contractors, not deserving benefits. They did not receive recognition until 1977. Learn about this group of heroic women of southeastern Michigan, including their only death abroad. For more on Oleda’s unique story, click here.

Individuals, families and larger groups interested in viewing the The World War I Centennial: Strong Foundations, New Possibilities, exhibit between July 30 and November 11 will find plenty of lodging and dining options, as well as other cultural and historical attractions. 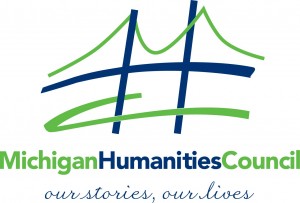