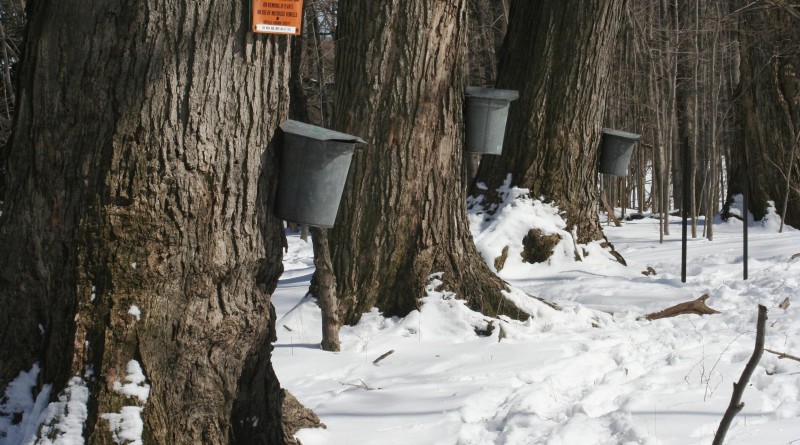 It’s been a long, cold and snowy winter…but spring is just around the corner. As the days get longer and the temperatures rise (thanks to more minutes and hours of sunshine), Michigan’s acres upon acres of sugar maple trees begin to release “liquid gold” – the clear sap which is boiled down into sweet and delicious maple syrup.

Maple sugaring dates back to the early Native Americans, before Michigan ever became a state. Today, Michigan ranks #5 in the nation for maple syrup production, with an economic impact of nearly $2.5 million annually. On average, Michigan produces about 90,000 gallons of syrup per year (it takes 40 gallons of sap to make one gallon of syrup, meaning more than 3.6 million gallons of sap is harvested). Maple sugaring also contributes to the overall $102 billion agricultural and $22 billion tourism industries here Miin Pure Michigan (see page 3 for additional facts).

To celebrate the arrival of the season, the Michigan Maple Syrup Association and more than 30 of its members once again invite the public out to experience this unique craft during the 7th Annual Michigan Maple Syrup Weekend, scheduled from mid-March through early April across the state.

The family-friendly events provide a chance for people to get a firsthand look at how maple sap is collected, boiled down and turned into sweet maple syrup and other maple treats. Many of the farms offer tours of their operation, including tree tapping demonstrations, samples of their products, recipes for the use of maple syrup and local maple syrup products available to purchase. Attendees are reminded to wear boots as mud and snow may still be abundant this time of the year.

Information about the farms participating in the Michigan Maple Weekend can be found online at www.MichiganMapleWeekend.com.