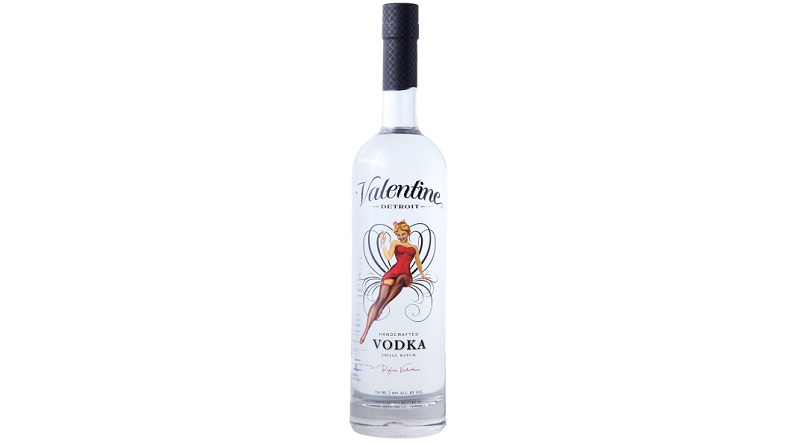 Valentine Distilling Company, one of the nation’s first craft distilleries and the largest in Michigan, was announced as winner of “World’s Best Vodka” by TheDrinksReport.com.

The World’s Best Spirits 2016 were presented on March 17 by Felicity Murray, editor and founder of TheDrinksResport.com, at the Grand Connaught Rooms in London. There were three rounds of blind tastings by an international panel of judges before Valentine Vodka was crowned World’s Best Vodka.

The final tasting note for Valentine Vodka reads as follows: “Lots of complex flavor through the nose and palate — a wonderful example of multigrain vodka. Sweet, smooth and creamy on the tongue with a clean and supple finish.”

“When we launched the business nine years ago, our goal from the beginning was to produce world-class spirits from Michigan,” said founder Rifino Valentine. “By being named the ‘World’s Best Vodka’ truly validates our efforts on an international stage.”

Since being introduced in 2009, Valentine Vodka has been awarded a Double Gold by TheFiftyBest.com, a Gold Medal at the San Francisco World Spirits competition and a Gold Medal from the Beverage Testing Institute.

Established in 2007 and among the nation’s first craft distilleries, Valentine Distilling Company is an American pioneer of small batch, handcrafted spirits.  The company’s award winning vodka, gin and bourbon are available throughout the United States and in six other countries. In the tradition of Detroit’s manufacturing leadership, Ferndale, Michigan-based Valentine Distilling Company is dedicated to American ingenuity, quality manufacturing and small batch distilling using old world techniques that create superior products.