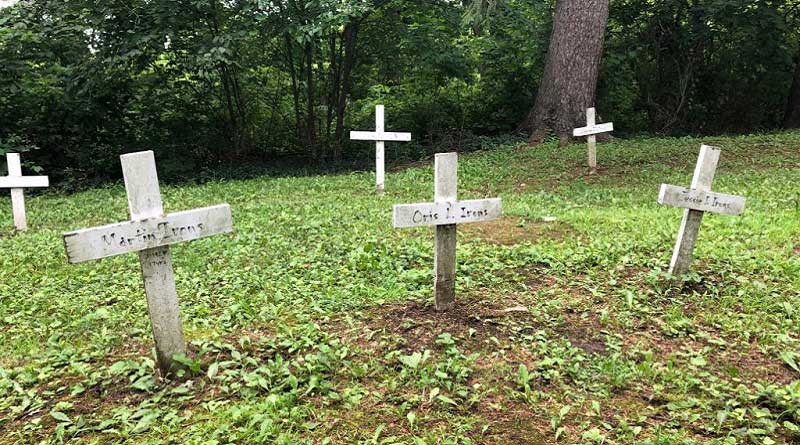 “TOMBSTONE TOURIST (otherwise known as a “cemetery enthusiast”, “cemetery tourist”, “grave hunter”, “graver”, or “taphophile”) describes an individual who has a passion for and enjoyment of cemeteries, epitaphs, gravestone rubbing, photography, art, and history of (famous) deaths.” ~ Wikipedia

Inspired during cemetery visits while researching “Michigan’s Haunted Lighthouses” comes our latest project…tracking down some of the state’s most noted, historic and forgotten cemeteries. Join our quest by following Michigan Tombstone Tourist on FB.

Michigan’s oldest, and one of its most well-known graveyards is the historic Elmwood Cemetery in Detroit…noted as the “oldest continually operating, non-denominational cemetery in Michigan” dating back to 1841.

Nearby, the half-acre Champlain Street Cemetery of Temple Beth El — Michigan’s first Jewish congregation — was dedicated in January 1851 and today is virtually abandoned having been “swallowed” up by General Motors when they constructed its Detroit/Hamtramck Assembly plant (everything else in the neighborhood by then known as Poletown were razed…but Halakhic law forbids the removal of Jewish graves, so they remained buried in the shadows).

Mackinac Island is home to three cemeteries — Ste. Anne’s Catholic Cemetery (with the island’s oldest grave: Marry Biddle, daughter of Edward and Agatha Biddle, who passed away on Dec. 19, 1833), Mackinac Island Cemetery and the Post Cemetery – which is a military cemetery and designated National Historic Landmark (with graves that date all the way back to the War of 1812). According to the Mackinac Island Tourism Bureau, “both British and American soldiers are buried here, as many early burials were simply marked with wooden crosses that have long decayed and disappeared – leaving some burials unknown. Of 108 burials, only 39 remain known. The flag at the cemetery continually flies at half mast, making it one of four National Cemeteries with this honor. The cemetery also features a 1907 picket fence and a cannon from Fort Sumter.”

Throughout the Upper Peninsula, cemeteries (some lost to time) dot the landscape where mining operations once existed during the early copper and iron ore industries. There are also countless Native American cemeteries including the Old Mission Indian Cemetery (also known as the Father Marquette Cemetery) in Hessel (located in the Les Cheneaux Islands) which dates back to the early 1700s and still serves as a burial ground for Ojibwa (or Chippewa) members of the Sault Indian tribe and their families.

Some cemeteries were located on the grounds of former asylum or psychiatric hospitals where patients were buried like Eloise Cemetery in Westland. According to FindAGrave.com:

“there are about 7100 people buried in this cemetery which is located south of Michigan Avenue off Henry Ruff Rd. Those buried here were patients in the Eloise Hospital complex whose family or friends did not claim the bodies, and it is Eloise’s ‘Potter’s Field.’ The grave markers are only numbered blocks, and many of the records of those buried here have been lost to history and have been reconstructed using death certificate information. The people buried in the cemetery represent all ethnic groups, all occupations, and include two physicians. Burials were made between the years 1910-1948. After that all unclaimed remains were sent to Wayne State University School of Medicine.”

A “Potter’s Cemetery”or “Potter’s Field” was a place of burial for the unknown, unclaimed or indigent people and many exist around the state. Often, these were located near a “Poor House” or “Poor Farm” which were government-run facilities to support and provide housing for the dependent or needy. One such place is located in Monroe County where an historical marker reads:

“The Potter’s Field: In 1832 and 1871 Monroe County purchased parcels of land here for a poor farm and county infirmary as a way of caring for the indigent. This institution included a “potter’s field” where people without means were interred in unmarked graves. Burials continued on this knoll until the 1940s. Among those buried here is Ezra Younglove (1771-1857). A War of 1812 veteran, he was awarded a gold medal for service as a sharpshooter on the ship Niagara during the Battle of Lake Erie, September 10, 1813. This area is part of the land provided to Monroe County Community College by the county in 1964.”

While way too many of these cemeteries have been lost to time, moved or even vandalized – there are a growing number of people (many Tombstone Tourists) who are dedicated to cataloging, archiving, restoring and preserving these sacred sites for future generations. Along the way, they’re uncovering stories of those who have been laid to rest – and through online resources such as this they are able to share these histories with people far and wide. We are thankful for those individuals and hope that future generations take note and join in the efforts!