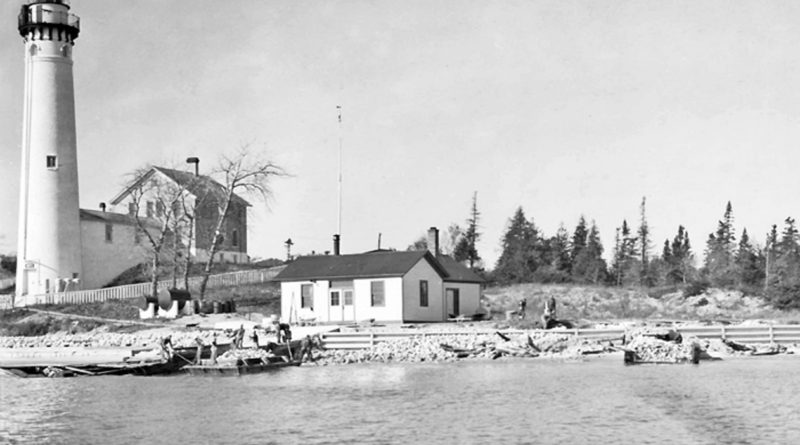 According to the National Parks Service, Aaron A. Sheridan came to northern Michigan from upstate New York around 1860 but was soon called into service as part of Company E, Thirteenth Illinois Infantry during the Civil War. In late November of 1863, he was seriously wounded during the Battle of Ringgold Gap in northwest Georgia. The bones of his lower left arm were shattered, leaving the entire appendage useless. While hospitalized in the Chicago area recovering from his injuries, Aaron met Julia F. Moore, who became his wife in 1865. He was 29 and she was 19 when them met on the first day of spring. 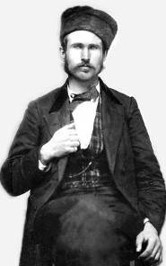 Despite having no previous lighthouse experience, Aaron’s courageous war record and reputable character earned him the position of the keeper on South Manitou Island, where he had family—including his father, James, who homesteaded an 80-acre farm on the upper west side of Florence Lake.

Five years after Aaron’s appointment, the lighthouse service erected a new 100-foot tower to house a Third Order Fresnel Lens, as well as an adjacent fog signal building. This would have created a greater challenge for Aaron in his daily duties, given the cast iron pail full of whale oil or lard would have been quite a load to haul up the tower steps, with one arm and all. 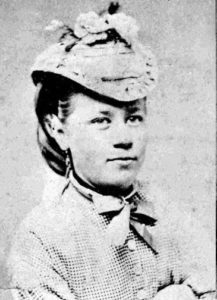 With more responsibility, Julia became an official assistant keeper of record effective September 30, 1872. She is noted as one of nearly three dozen women to hold such ranks in Michigan. Of course, she also maintained the household, prepared three square meals a day and raised their sons, making her a pioneer at multi-tasking.

Living on a remote island often meant trips to the mainland were in order, whether it was to tend to official business, pick up supplies, visit with family, or see the doctor. In March 1878, a typical visit took a tragic turn for Aaron, Julia and their son, Robert, who were traveling in a small boat with island fisherman Christ Ancharson (also noted as Christen Anchersen Kragelund). Given the fact that the Sheridans were traveling with their infant son, one could speculate that the reason for the trip had to do with the health of the baby.

During this time of year, parts of northern Lake Michigan were likely still frozen with icebergs floating along the watery route between the island and the mainland (either Glen Haven or Glen Arbor, as both towns are referenced as destinations in various accounts). Upon their return trip, just off the ice-locked shoreline, a late afternoon squall came up, turning over the boat and throwing its passengers into the frigid waters. 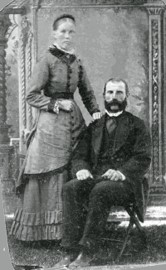 The Buffalo Commercial newspaper in New York reported on the incident in which Ancharson gave his account to another island resident, Richard Kitchen, who participated in the rescue and later relayed the story to Commander J. N. Miller of the United States Lighthouse Department in Detroit.

“I, Christ Ancharson, Mr. and Mrs. Sheridan, and their baby, left Glen Arbor at 3 o’clock with pleasant weather and wind South-southwest. All went well with us until within one mile of the lighthouse, when the wind went down and one of the old seas capsized the boat, and Mr. and Mrs. Sheridan held on to the keel for an hour. The baby first died in the arms of Mrs. Sheridan and finally both she and Mr. Sheridan dropped off and sank. Then I was left alone. I cried for help about four hours and-a-half, and at last my screams were heard about 10 o’clock P.M., when a boat came to my assistance. I was almost gone when they rescued me.”

The Chicago Tribune also published an account of the accident on March 19, 1878 (reprinted on March 23, 1878 in the South Haven Sentinel):

“A small boat left Glenn [sic] Haven at 3:30 o’clock p.m. on the 15th, containing Mr. Sheridan, lighthouse-keeper on South Manitou Island, his wife, one child and a Norwegian. When within one mile of the island the boat capsized, and Mr. and Mrs. Sheridan and the child were drowned. The Norwegian clung to the boat, and his cries for help brought a man out in a skiff, who rescued him. Mr. and Mrs. Sheridan leave a family of five small children, the oldest being only about twelve years.” 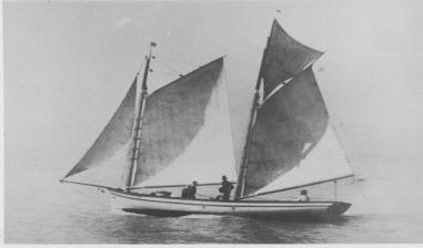 According to a three-page essay published ManitouIslandArchives.org:

“Chris Ankerson, [sic] and Island fisherman with boating experienced, might have been recruited for the voyage because Aaron was not a sailor. Or, perhaps it was because Aaron Sheridan was partially disabled, having lost most of the use of his left arm in the Civil War, while the keeper’s boat, probably a Mackinaw boat or Collinwood skiff, needed at least one fully capable sailor, and preferably two. Such boats have been described as ‘canoes with a sail and centerboard,’ and were rather notorious for easily capsizing. Of the incident, he would later report: They went for the purpose of taking over government mail or papers, as I understood, and were drowned by the capsizing of their boat on their return. I was with them when they drowned; I went with them on the trip to assist in handling the boat: I have always been used to boats, and I consider this boat unsafe and entirely unfit for the station. She has always been considered a dangerous boat and one that would not stand heavy seas.”

At the time of the accident, the two oldest Sheridan sons—Levi, age 12 and George, age 10, apparently watched helplessly from atop the lighthouse tower. It all happened so quickly that no one from the lighthouse, the lifesaving station or the small island village were able to get to the boat or its passengers in time.

Over the following weeks, islanders reported seeing the Sheridan boys walking the shoreline, hoping the bodies would wash ashore. Aaron’s hat and coat did show up on the beach within a few days of the accident, but the bodies were never recovered. Many years later, it was reported that a U.S. Lighthouse Establishment stopwatch, likely once part of Aaron’s uniform, was found in the sand on the island by a man named Ronald Rosie.

Julia’s half-sister made the trip north to the island to pick up the five orphan boys (aged three through 11) and delivered them to Bristol Village, Illinois to be raised by their maternal grandparents, Henry and Julie Moore. An essay on the Sheridan family published on ManitouIslandArchives.org reveals that years later, in June 1880, that “the U.S. House of Representatives of the 46th Congress received a recommendation on the bill HR2945 from the Committee on Invalid Pensions to grant a gratuity pension to support the boys until they came of age, based upon findings that Aaron and Julia were traveling on U.S.L.H.S business at the time of their deaths, and in a government vessel known to be much less than seaworthy.”

Aaron’s first cousin, Lyman Sheridan, became the next head keeper of the lighthouse, moving there from the mainland community of Port Oneida with his wife, Mary, and their four children. The family lived and worked the light for four years before Mary contracted pulmonary tuberculosis (also known as consumption), which Lyman was convinced was caused by the dampness of the keeper’s residence. He resigned his position on June 2, 1882 and the family moved back to the mainland where Mary died just a few months later, leaving Lyman to care for the children, aged five to 17.