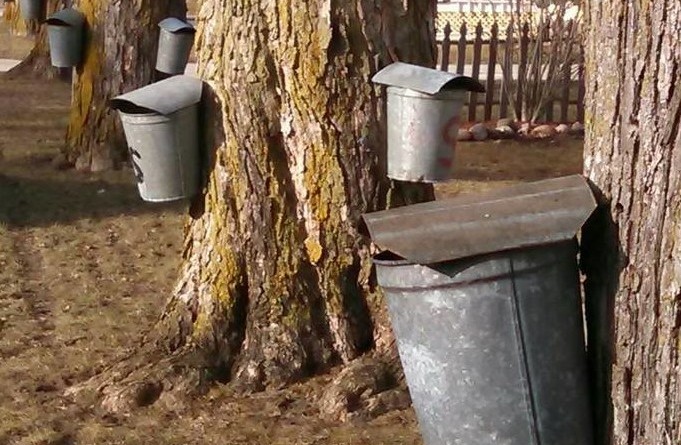 A sure sign that spring is just around the corner is when Michigan’s thousands of sugar maple trees are tapped to release the clear liquid sap which is boiled down into delicious maple syrup. Part of the state’s overall $102 billion agricultural industry, maple sugaring dates back to the early Native Americans and is noted as Pure Michigan’s oldest agricultural activity.

To celebrate the arrival of the season, the Michigan Maple Syrup Association and more than 30 of its members once again invite the public out to experience this unique craft during the 6th Annual Michigan Maple Syrup Weekend, scheduled from mid-March through early April across the state.

The family-friendly events provide a chance for people to get a firsthand look at how maple sap is collected, boiled down and turned into sweet maple syrup and other maple treats. Many of the farms offer tours of their operation, including tree tapping demonstrations, samples of their products, recipes for the use of maple syrup and local maple syrup products available to purchase.

Sugar maple trees – the best maple tree species to tap for syrup – grow throughout Michigan’s two peninsulas. In fact, sugar maple is Michigan’s most common tree species and the northern hardwood forest type in which sugar maple grows covers about 5 million acres. And while some Canadian provinces and New England state area are often recognized as leaders in the maple sugaring industry, Michigan itself has more than three times the number of sugar maples than Quebec or Vermont, meaning the potential for growth is unlimited. Michigan utilizes less than one percent of its potential maple resources.

Due to its high sugar content of approximately two percent, sugar maple is the preferred tree for tapping—although the black maple, red maple, silver maple and ash leafed maple (each with a sugar content of about one percent) are also tapped to produce syrup. As with any agricultural crop, sap changes from farm to farm and region to region, depending on the soil content. The area’s climate and species of trees also play a role in this industry, meaning syrup flavor profiles change from region to region, even in the same state.

Information about the farms participating in the Michigan Maple Weekend can be found online at www.MichiganMapleWeekend.com.