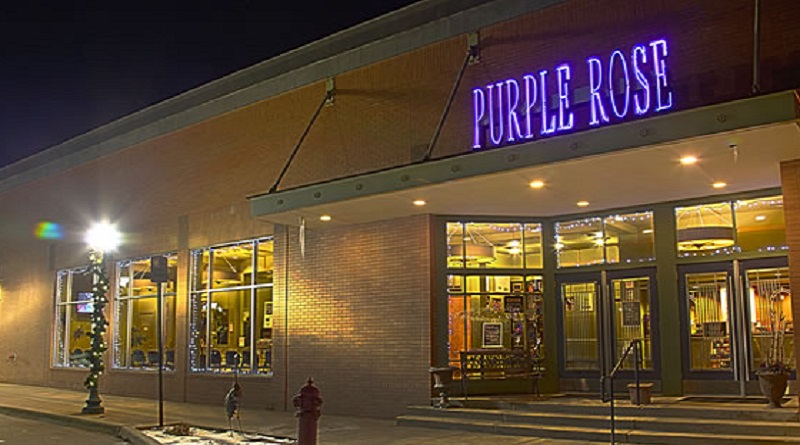 My first visit to Chelsea was in 2005, when I somehow found myself volunteering for a charity golf event hosted by award-winning actor Jeff Daniels, as a benefit for his Purple Rose Theatre. I mean, really, given the opportunity – wouldn’t you?

I had actually met Jeff briefly the year prior while working as an interim PR specialist for Travel Michigan. He had just released his first music CD – Live and Unplugged – and I helped coordinate a radio interview with him to promote it. That, of course, lead to networking with his publicist, which in turn lead to me raising my hand to help plan, promote and work at the golf outing.

During one of our early planning meetings, I had the opportunity to tour the Purple Rose. It was small, quaint and charming – much like the town in which it resides. Founded in 1991, the theater is a creative home for Midwestern performers to perfect their skills. The building itself dates back to the early 1900s and was a used car and bus garage, owned by Jeff’s grandfather. He purchased the building in 1989 and throughout the 1990s actors gathered in this “Garage Theatre” to stage performances.

By 1999, the company was having growing pains and a $2.2 million capital campaign began to expand theatre operations. After 18 months of toiling, the project was complete – administrative offices, a stage, lobby space and more – and in January, 2001 the doors to the Purple Rose opened to the public.

Boasting an 1930s feel, this 168-seat theater offers an intimate experience. Every seat is less than 20 feet from the stage, so there is a true sense of being part of the actual performance. I found this out for myself just recently, when I had the pleasure of attending a heart-warming performance of one of my all time favorites, On Golden Pond.

Not only were the actors spot-on with their portrayals of the Thayers and their friends, but the set evoked a true cottage feeling. I sat there actually believing I was there at the lake…listening in on intimate conversations from the front porch. I’ve attended more than a handful of productions over my lifetime, and without hesitation I can say this is the best show I’ve ever experienced. The entire ensemble – the cast, staging and ambience – melded together into an unforgettable (and often tear-jerking) evening.