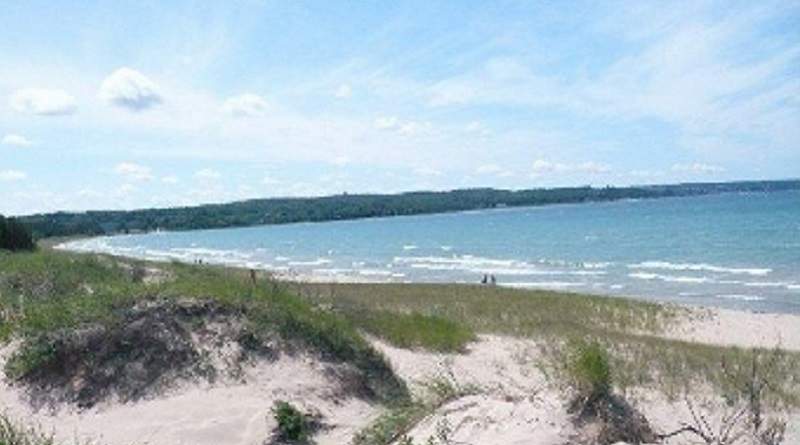 We are fortunate here in Michigan to be surrounded by the Great Lakes – with mile after glorious mile of sugar-sand beaches and quaint coastal towns, waiting to be explored. You know, they say that in Michigan, you’re never more than six miles from a body of water or 85 miles from a Great Lakes. Take a look at some of Michigan’s most noted – and sometimes hidden gems – when it comes to beaches and lakes! 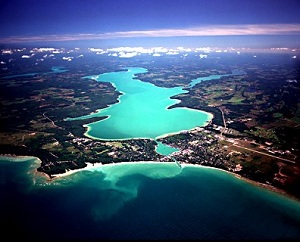 1. Lake Charlevoix (picture on right) was runner-up among a field of 15 finalists nominated by regional magazine editors and featured in a recent USA Today online reader survey.

2. In March, Travel + Leisure magazine named Grand Haven as one of the “Best Secret Beaches on Earth.” A total of 15 beaches mad the list – with only four U.S. destinations being recognized alongside exotic locales in Turkey and Brazil! Last year, Grand Haven State Park also made the runner up list by Dr. Beach on his first ever “Great Lakes Beach List.” Even Good Morning America has named GHS one of its “Top Five Family Beaches.”

3. Also on Dr. Beach’s “Great Lakes Beach List” for 2011 was Munising’s Sand Point Beach in the Pictured Rocks National Lakeshore along Michigan’s Lake Superior. Add to that accolades from The Weather Channel, and this unspoiled shoreline is well worth the drive! 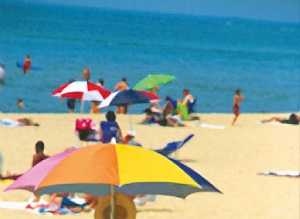 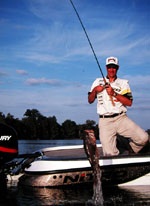 6. The world’s leading bass fisherman – Kevin VanDam (from Kalamazoo, picture on right) – proudly touts Lake St. Clair as one of the best lakes he’s ever fished for bass. I guess if the #1 bass angler in the world says its good, it’s probably a good place to cast a line!

7. In 2010, Traverse City was named one of “America’s Best Beach Towns” by AOL Travel. Touted as the “Malibu of Michigan,” the town was recognized for its proximity to towering sand dunes, lighthouses and islands.

8. Livability.com recognized the Holland and Grand Haven areas for its award-winning beaches which help distinguish the area as a prime family destination. 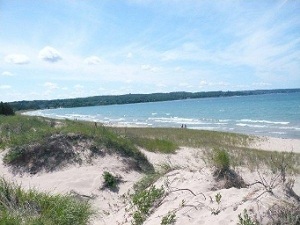 9. Petoskey State Park, (picture on left) located on the north end of Little Traverse Bay between Harbor Springs and Petoskey, ranks among six favorite beaches in the U.S. by fans of The Weather Channel’s Facebook page.

What lakes and beaches are among your favorites? Post your comments at www.facebook.com/PromoteMichigan2.

Now…while at the beach, it’s important to have an adequate stack of good books. Among my favorites (by Michigan authors, of course) are: 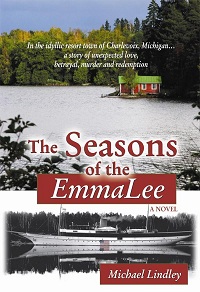 >> Seasons of the EmmaLee by Michael Lindley (picture on left). This love story, set in Charlevoix in the 1940s and present day, is an unexpected tale of love, betrayal, murder and redemption. The sequel, On Past Horton Creek, makes a lovely companion. http://michael-lindley.com/

>> Nothing But a Smile by Steve Amick (author of The Lake, the River & the Other Lake). This delightful love story is about a man and a woman who choose an unconventional way to redefine themselves during and after World War II. 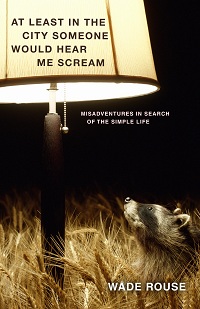 >> At Least in the City, Someone Would Hear Me Scream by Wade Rouse (author of America’s Boy and Confessions of a Prep School Mommy Handler: A Memoir, picture on right). This hilarious memoir focuses on Wade and his partner, Gary, in their quest for a simpler lifestyle in Southwest Michigan – where life isn’t necessarily so simple.

What Michigan-focused books can you recommend (for beach reading, or otherwise)? Post your comments at www.facebook.com/PromoteMichigan2.

For other great “Beach Reads” check out this list from Traverse magazine: http://www.mynorth.com/My-North/July-2012/Northern-Michigan-Summer-2012-Beach-Reads/