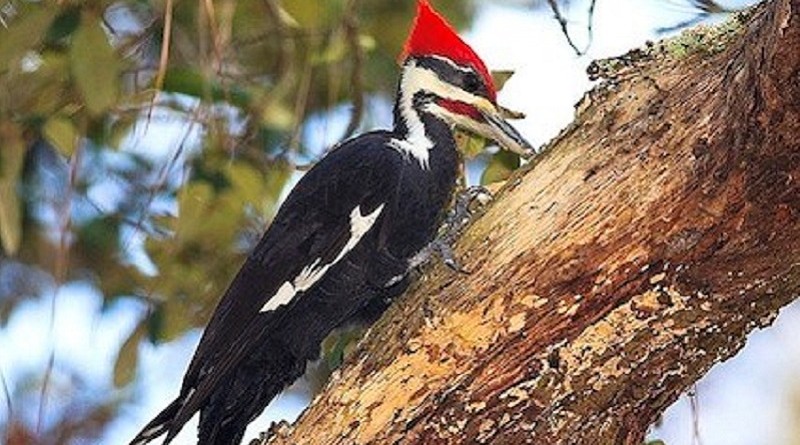 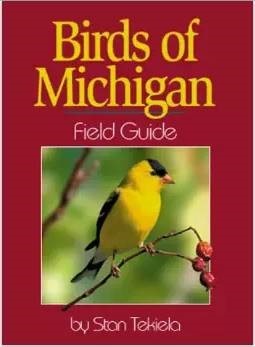 After moving to the “country” last March, I began paying closer attention to the birds that were flying around the yard visiting the feeders and eating off the trees and other plants. I was googling birds (looking for not only photos, but also sounds).

Not being able to identify many birds beyond the robin, cardinal (male and female) and bluejay, I quickly invested in “Birds of Michigan” field guide by Stan Tekiela, and began marking pages with post-it notes as I observed and identified different species. Among my most treasured “viewings” was a pair of Pileated Woodpeckers who came by for several visits over the course of the year. Sadly, there are only about a dozen other birds marked off in my book so far, so I have a lot of work cut out for me as the warm-weather season progresses. 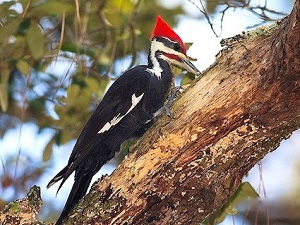 Did you know that birding is currently the second fastest growing hobby in the United States after gardening, according to the U.S. Fish & Wildlife Service (USFWS)?

In the US in 2011, over 47 million people considered themselves birdwatchers, spending an estimated $41 billion on trip related expenditures and equipment. That translated to a $107 billion boost to the national economy. The USFWS report states over 2 million Michigan residents are birdwatchers. That’s a serious contribution to the state’s active tourism industry!

As with any new “hobby” I did my homework. In addition to the field guide I purchased, I began asking questions, seeking out events and gathering information. Given our location in the heart of the Great Lakes, I wasn’t really surprised to learn that Michigan is home to more than 400 species of birds. 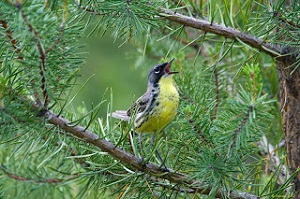 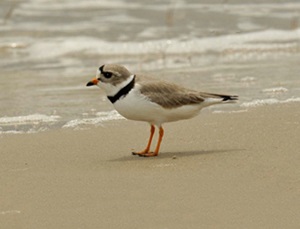 The endangered Great Lakes Piping Plover also nests along the northern shores of Lake Huron, which provide critical habitat for this fragile species. This sand-colored shorebird can also be found in the Sleeping Bear Dunes National Lakeshore.

While no longer protected under the federal Endangered Species Act, the bald eagle remains protected under the Bald and Golden Eagle Protection Act. Here in Michigan, the Mackinac Straits Raptor Watch takes place every day in Mackinaw City. So far this year, they’ve counted 461 bald eagles (and 340 golden eagles—a record number as of early April). 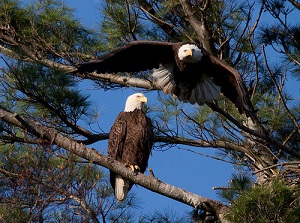 Earlier this year, I spotted a few of these majestic birds while traveling around Northern Michigan. On one of the first warm, sunny days I witnessed two sitting on the frozen waters of Round Lake in Charlevoix. Just a couple days later, I had one fly over me as I drove northbound on US131 south of Petoskey. The only other time I’ve seen bald eagles was more than a dozen years ago while visiting Seul Choix Point Lighthouse in the Upper Peninsula. They never fail to amaze me with their massive stature, grace and beauty.

One of the things I quickly discovered when moving to “The Write House on Round Lake” was the proximity to nearly 10 area nature preserves, state parks and linear trails—all havens for nature viewing and bird watching. Before even moving, I had requested trail maps, guides and information from The Little Traverse Conservancy. 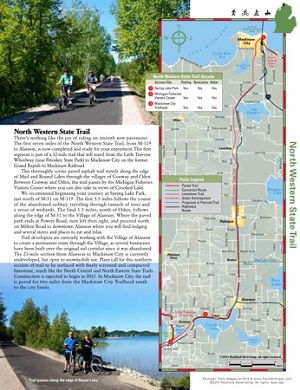 Last fall, I had already mentioned to my friend Lisa Hoyt from the Petoskey Chamber that her posts on Facebook about bird watching had intrigued me and that I was looking forward to connecting more with like-minded people in the area to learn more. After the move, Lisa was one of the first people I met up with over lunch and again I asked her where and when I should be out and about exploring the natural wonders of the neighborhood. After lunch, she gave me the upcoming schedule of walks for the Petoskey Regional Audubon Society. Looks like I’ll be up and walking the North Western State Trail (which actually runs behind my house), starting at Spring Lake Park, on Thursday mornings in May!

As you head out searching for birds throughout the Great Lakes State, start with one of the five defined birding trails.

The Superior Birding Trail: This trail covers 150 miles in the Upper Peninsula from the Seney National Wildlife Refuge to Whitefish Point, home of the Whitefish Point Bird Observatory. Observe over 300 bird species in this region.

The Sleeping Bear Birding Trail: Commonly referred to as the SBBT West, this trail includes 123 miles from Manistee to Traverse City along the scenic M-22 highway and Lake Michigan shoreline. Over 250 bird species can be observed.

The Saginaw Bay Birding Trail: Also known as SBBT East, this trail takes travelers 142 miles along the Lake Huron shoreline from Port Crescent State Park to Tawas Point State Park. More than 200 bird species can be found in this area. 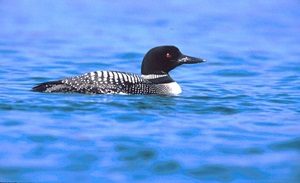 The Sunrise Coast Birding Trail: The trail takes flight at the mouth of the famed AuSable River in Oscoda and wings its way north all along the Lake Huron coast to Mackinaw City, encompassing more than 145 miles along US-23. Birders will delight in observing the common, threatened, or endangered birds of our coastal and inland locations.

Michigan is also home to countless sanctuaries that offer a wealth of amenities and programming.

Bernard W. Baker Bird Sanctuary: In Calhoun County consists of over 898 acres and provides guests with over 2 miles of walking trails. The sanctuary is dominated by the large 200-acre Big Marsh Lake which provides a rich habitat for over 200 bird species.

Phyllis Haehnle Memorial Sanctuary: Located on 1,000 acres in Jackson County this sanctuary attracts thousands of migrating Sandhill Cranes each fall. You can also walk the more than two miles of trails and observe over 200 bird species.

Lake Bluff Bird Sanctuary: This unique sanctuary has over 1500 feet of Lake Michigan frontage on its 76 acres in Manistee County. The property was originally landscaped as an arboretum and visitors can see a California Redwood, Ginko, Giant Sequoia and Sycamore while walking the 1.5 miles of trails. Additionally, the sanctuary provides a cozy Bed and Breakfast for visitors to stay and go birdwatching. 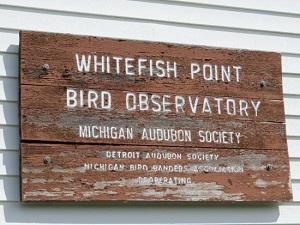 Otis Farm Bird Sanctuary: Located on 128 acres in Barry County this sanctuary boasts an array of rolling fields, mature forests and expansive marshland to help create a top notch area that is home to several rare and endangered bird species. Enjoy over 1.4 miles of trails and over 165 species of birds.

Whitefish Point Bird Observatory: Located on Lake Superior, this facility conducts two of the longest-running point counts in North America. The site is a globally-significant migration funnel for raptors, waterbirds, shorebirds and passerines.

For a list of other bird sanctuaries around Michigan, check out this list from the Michigan Audubon Society.