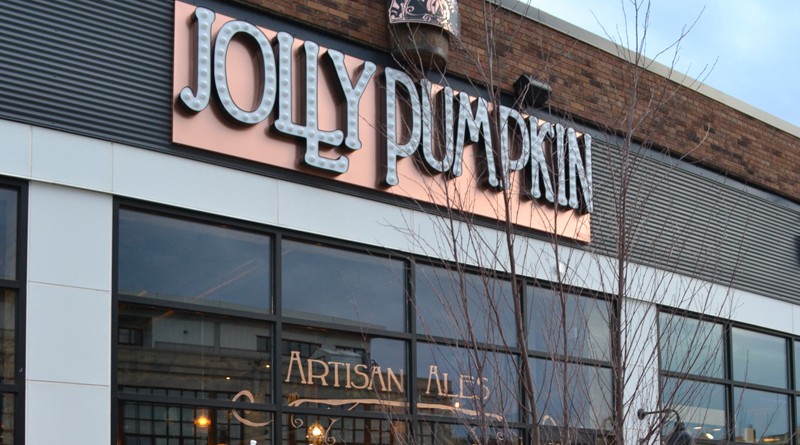 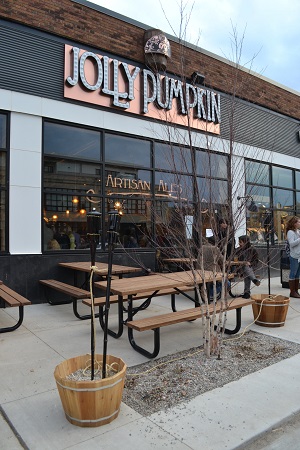 When Ron Jeffries, president, co-founder and master brewer, started Jolly Pumpkin Artisan Ales in 2004, he solidified his space in the craft beer industry as the first brewer to create a full line of sour ales aged in oak barrels and has since earned international attention. He and Jolly Pumpkin are about to grab our attention once more.

Jolly Pumpkin Pizzeria and Brewery opened on Saturday, April 11 at 441 W. Canfield in Detroit. Those familiar with the other locations, or even the Dexter tap room will find a completely new experience at this casual order-and-eat Midtown brewery. Large picnic tables set the scene for communal dining after visitors place their orders at a designated site or at the bar. 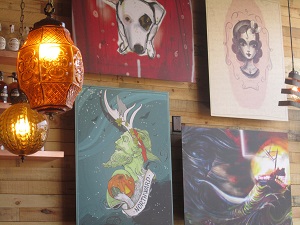 The location will feature 5,000 square feet dedicated to artisanal concept that fuels Jolly Pumpkin Artisan Ales. Upon entering visitors will be greeted by 16,000 linear square feet of reclaimed pallet wood covering walls from floor to ceiling and giving the brewery a warm, inviting atmosphere. The interior of Jolly Pumpkin Pizzeria and Brewery calls attention to both the shipping and distilling side of the business by including pallet wood and barrels into its design.

A bar lines the east wall. Behind it, a giant oak barrel – inspired by Jeffries open fermentation barrel-aging beer-making process –gives way to no less than 32 taps. From them will pour varieties of both Jolly Pumpkin and North Peak brand craft beers, made in Michigan by Northern United Brewing Co. Jeffries is involved with both brands, which give visitors a wide array of choices, and are brewed in Dexter, MI. 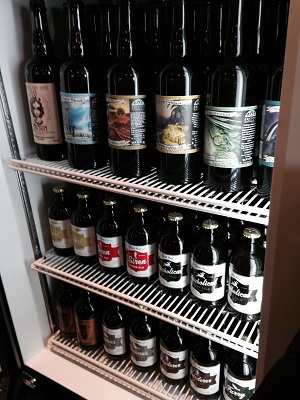 The beer list – featuring everything from Jolly Pumpkin year-round favorites like Bam Biere and La Roja to wild yeast Artisan Ales like Oro de Calabaza and special seasonal releases – will be complemented by a fresh menu anchored by signature pizzas featuring fresh, local ingredients that range from creamed shitake mushrooms and goat cheese on the Mushroom pizza to honeyed bacon, jalapeno and candied pineapple on the South Pacific. 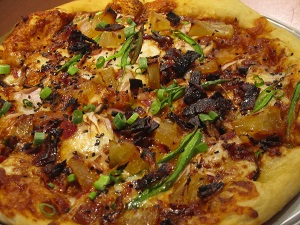 The dough, developed from a yeast procured at Jolly Pumpkin Ann Arbor by Chef Maggie Long, has been hand-crafted for the Detroit location by neighboring artisans at Avalon International Breads. Other menu items include fresh salads that feature shaved Brussels sprouts or pickled beets and sandwiches that appeal to Jolly Pumpkin fans like the JP Burger topped with cambozola cheese, smoked bacon, cremini mushrooms and tomato, or the Zucchini Parmesan with hand-breaded zucchini, charred tomato sauce, hand-pulled mozzarella, lemon-basil goat cheese and arugula on a hoagie roll.

“Our commitment to using products that are ethically treated, chemical free, and also use sustainable practices, are small batch produced and leave a low carbon footprint remains strong at Jolly Pumpkin Pizzeria and Brewery in Detroit,” said Long. “It informed a wide range of ingredients in developing the new menu.” 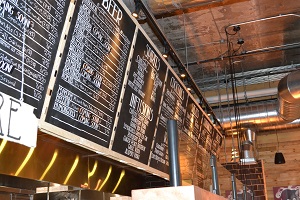 Visitors can expect to see familiar Michigan-based brands on the menu upon arrival at Jolly Pumpkin Pizzeria and Brewery. Among them will be locally-sourced ingredients from Avalon International Breads, The Brinery, Guernsey Dairy, McClure’s Pickles and more.

As important as what Jolly Pumpkin will bring to those who dine at the establishment, though, was what the staff of 50 and its management hopes to bring to Midtown in Detroit. “We’re very proud to be in Midtown,” said Tony Grant, chief financial officer and chief operating officer of Northern United Brewing Co. “Jolly Pumpkin Artisan Ales has long been a strong Michigan brand. The addition of a pizzeria and brewery that brings this brand so much closer to our supporters in the Detroit area was important to us.” 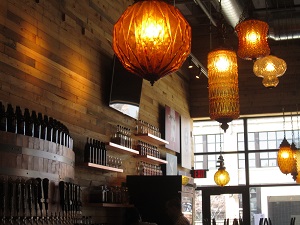 The addition of a new location in Detroit might not have become a reality, according to Co-Founder Chet Czaplicka, of Northern United Brewing Co., without the support of two financial institutions that have backed the project. “We’ve been working with Comerica Bank and Invest Detroit,” said Czaplicka. “These financial institutions have made our Detroit location a reality.”

Jon Carlson, co-founder and co-CEO of Northern United Brewing Co., also credited Sue Mosey, president of Midtown Detroit Inc., for providing the initial enthusiasm and support that led to a new, third location for what will be Jolly Pumpkin Pizzeria and Brewery. “Sue Mosey convinced us that Midtown was the ideal place to be – not only in Michigan but in America,” said Carlson. “She’s the reason why we came downtown and why we decided to stay.”

Brewmaster Ron Jeffries operates Northern United Brewing Company’s Jolly Pumpkin line of sour beers aged in oak barrels, brewed in Dexter, Mich. and collaborates with the North Peak family of beers. Jeffries initially established the lines as Jolly Pumpkin Artisan Ales in 2004 – the first brand of its kind to foray into a line of all-sour ales. The brand is distributed nationwide and available at the company’s four restaurant locations, its Dexter tap room, the Ann Arbor café and brewery, the Traverse City brewery and beginning in April 2015, the Detroit pizzeria and brewery. Jolly Pumpkin Pizzeria and Brewery is located at 441 W. Canfield, Detroit, Mich. 48201. For more information about Jolly Pumpkin visit www.jollypumpkin.com and visit Jolly Pumpkin on Facebook, Twitter @ jollypumpkindet.