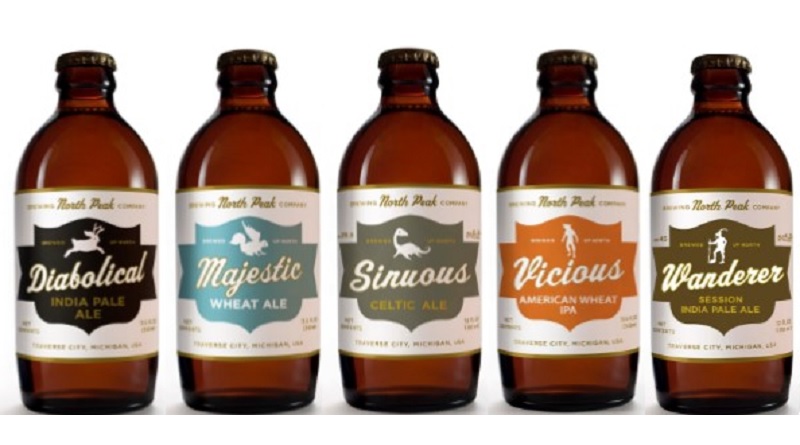 “Texas is a big placement for us, in many ways” says Grant. “Not only is it the largest state in the continuous United States, with the second highest population in America, but it is among the top 10 states for craft beer. We’re excited to introduce our unique products, rich in its Michigan lore and legacy, to a new southwest American market.”

Five different North Peak beers will be available through Flood Distribution (which also carries the Jolly Pumpkin brand), including Diabolical, Majestic, Sinuous, Vicious and Wanderer. Flood Distribution covers the entire state of Texas and is dedicated to providing the highest-quality beverages including beer, cider, mead and other artisanal beverages. Jolly Pumpkin and North Peak are among only five Michigan companies it currently represents. North Peak Beer is also distributed throughout Michigan, California, Florida, Indiana, Ohio, Kentucky, Missouri and now, Texas.

“Flood Distribution is proud to launch North Peak Brewing across Texas over the coming week, says Kyle White, Sales & Supplier Relations. “We’re excited for the opportunity to bring these great examples of classic American styles to Texas—beers produced with the same level of quality and care that Ron Jeffries is known and respected for. Northern United has been a great partner with us in advancing the craft beer cause in Texas – we’ve been able to do some incredible things with Jolly Pumpkin over the last 18 months. We can’t wait to start the next chapter with this launch.”