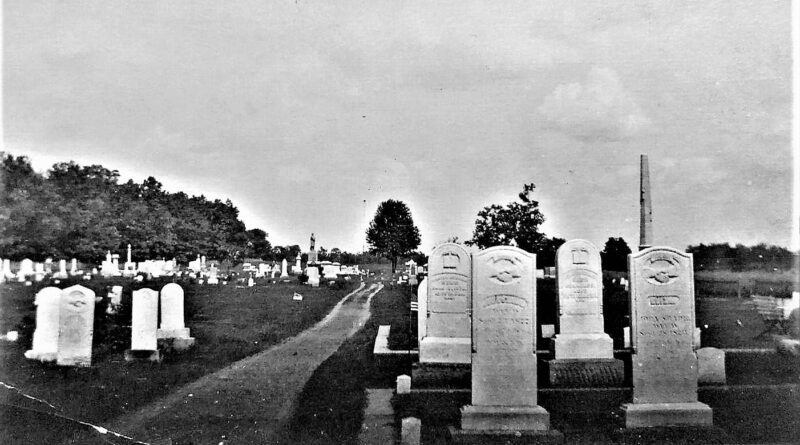 The small town of Colon, Michigan in St. Joseph County (population 1,128 according to the 2020 census) is commonly referred to as the “Magic Capital of the World”. Platted in 1844, it was incorporated as a village in 1904.

In the early 1930s, Percy Abbott and Recil Bordner opened a store and factory that still operates today known as the Abbott Magic Company. The town also boasts FAB Magic– touted as the “World’s Largest Manufacturer of Handmade Magic Props” and Sterlini Magic Manufacturing where professional and amateur magicians worldwide can find tricks and illusions.

It was here in Colon that magicians of the early twentieth century would flock to buy their supplies, tricks and costumes and where they would gather each summer for a festival like no other (an event which is held annually in August).

Among the most noted to the area were Harry Blackstone (a friend of Percy Abbott) and his son, Harry Blackstone Jr. (who was born in nearby Three Rivers on June 30, 1934). Both Blackstones remain permanent residents of Colon as they are buried in Lakeside Cemetery (33616 Maryann Dr., Colon) – along with nearly 30 other magicians who have made this their final resting place (more than any other graveyard in the world we are told). The cemetery has over 4,600 graves.

According to a post on Colonmi.com, these are the noted magicians and entertainers interred at Lakeside Cemetery:

Don was a Magician and Entertainer. Named one of the 100 most influential magicians of the 20th century by Magic Magazine. Lois was a professional ice skater.

Arthur’s stage name was “Arturo”. He had a shop in Ohio where he designed tricks and received patents on many. In later years he worked at Abbotts Magic, building and designing tricks.

His stage name was “The Magnificent Fraud”. Known for multiplying balls dexterity.

Jack served 2 terms as National Deputy to S.A.M, formed S.A.M. Assembly #87 in Elkhart, and was a former president of M.Y.I. In 1970 he opened a magic shop in Elkhart called the “Square Circle” and was a demonstrator of magic in Colon.

Harry followed in his father’s footsteps in becoming a magician of considerable renown. Harry Jr. was actually born in Three Rivers, Michigan (about 18 miles west of Colon).

Also buried here is Harry Blackstone III. Harry III was lead singer for the band “White Lightning” – a rock group that used illusions and fireworks in its act. He died in an accident at the age of 25.

John is a Minister, Author, Magician, Lecturer, and Cinematographer. His wife passed in 82

Peter was the look-alike brother of Harry (very useful in magic).

Who changed his name to Harry Blackstone. He became a well-known magician and brought Magic to Colon in 1926. For a time, he was teamed up with Percy Abbott in the manufacturing and selling of magic tricks.

They were the “Amazing Conklins” of magic. Jerry is still active in the Colon community.

Their stage names were “Ted and Sally Banks”. Ted, Stan Laurel & Charlie Chaplin had a vaudeville act together. Ted was later the stage manager for Harry Blackstone Sr. Della was also part of the show.

Was a comedian and was promoted as a thief and known as “America’s Greatest Pickpocket”.

Was involved with magic, balloons and puppets. His stage name was “Holiday”.

His epitaph reads “It Was Fun”. Was an integral part of the Magic Get-Together of Abbott’s Magic.

“The Royal Family of Magic”. Jack invented the “Temple of Benares”. He was famous for the appearing stack of bowls!

Married 75 years, he was the “Conjuring Humorist”. His epitaph read: “Now I have to go and fool St. Peter.” He worked with the USO in WW2 and was a WWI Veteran.

She, with Harry Blackstone Sr. brought magic to the village of Colon. She is not actually buried in Colon which is why her headstone reads “in memory of”.

He worked with vaudeville tent shows.

He and his wife owned/operated the American Museum of Magic in Marshall Michigan.

He was a juggler and magician.

He was famous for comedy magic. He worked for many years with Karrell Fox on the Magic Get-Together in Colon. Originally was married to Barbara Maurer, A Colon girl.

Sleight of hand expert. Marx was a prodigy of Percy Abbott of Abbott Magic.

A magician and inventor of some of today’s magic classics. He was employed at Abbott’s for many years.

Humorist, magician and band-leader who once was teamed with a man named Benjamin Kubelsky (later called himself Jack Benny) in Vaudeville. Monk was very active with the USO in WW2 and was a WWI veteran.

For more, check out The Magic Graveyard by Al the Only and Tom Mullica.

If you make it to Colon for the Abbott Magic Festival, or to visit Lakeside Cemetery, you should also save time for a jaunt over to Marshall to visit the American Museum of Magic which includes thousands of artifacts, promotional posters and other items from Blackstone and others, including Harry Houdini (who died on Halloween 1926 at the DMC Sinai Grace Hospital in Detroit).