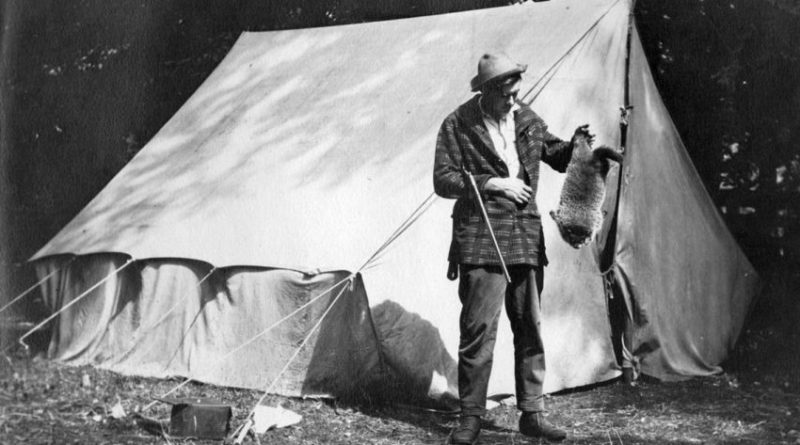 The Michigan Hemingway Society (MHS) is once again hosting its annual literary and history conference, October 18-20 at The Terrace Inn in the Northern Michigan Chautauqua community of Bay View. It was here, and in the surrounding countryside and lakeshore communities that the Nobel and Pulitzer Prize winning author, Ernest Hemingway, discovered his love of nature and the quite solace that can be found “Up North in Michigan.”

This year’s keynote speaker is author, Hemingway scholar and president of The Hemingway Society Dr. H.R. Stoneback, Distinguished Professor of English at the State University of New York. He will present “My Michigan in 1961” – a fascinating meditation on his own lasting inspiration from time spent “Up North” after dinner on Saturday evening.

Dr. Stoneback, or Stoney as he is referred to in some literary circles, has published several scholarly books on Hemingway and Paris, most notably Hemingway’s The Sun Also Rises (Kent State UP), as well as 35 volumes of poetry and literary criticism. His most recent volume, Hemingway’s Paris, Our Paris? is widely praised. The International Hemingway Conference he directed in Paris in 2018 was the best attended event in the Hemingway Society’s history. Dr. Stoneback is also an expert on noted authors such as Pound, Faulkner, Durrell, Richard Aldington and Elizabeth Madox Roberts.

The conference will open on Friday, October 18 with a reception, followed by welcome remarks from MHS President Chris Struble – including a presentation about the Petoskey, Walloon Lake, Horton Bay and surrounding area where Hemingway once vacationed.

Saturday’s breakfast will be followed by a presentation about Hemingway and his parents, Clarence and Grace Hall Hemingway, presented by MHS board member and former association president Charlotte Ponder. After years of researching the family – specifically Grace – Ponder will share unpublished details from interviews she has conducted with Hemingway’s sister Carol Hemingway Gardener, and with Carol Douglas, the daughter of close Hemingway family friend, Ruth Arnold.

On Saturday afternoon, attendees are invited to explore The Terrace Inn, Bay View and Petoskey on their own or they may take part in a series of events being coordinated, including:

Although details haven’t been confirmed, MHS is trying to secure tours of Grace Cottage on Walloon Lake (a home built specifically for Grace Hemingway, separate from the Windemere family cottage).

After Sunday’s breakfast, the Society will host its annual general membership meeting and offer reports from the board of directors.

Reservations for The Terrace Inn must be made by calling 231-347-2410 or emailing info@theterraceinn.com and mentioning the Michigan Hemingway Society conference. Rates range from $129 to $189 (plus 5% hotel tax), with a special discounted rate of $99 on the Thursday night prior and/or the Sunday night following the conference. The room block rate at this 38-room historic boutique inn extends until September 27. (PLEASE NOTE: BECAUSE THE GUEST ROOMS ARE CURRENTLY RESERVED AS PART OF THE CONFERENCE BLOCK, ONLINE AVAILABILITY WILL SHOW AS FULL…PLEASE CALL OR EMAIL FOR RESERVATIONS).

Founded on the shores of Lake Michigan in 1875, Bay View has maintained its historic buildings, homes and charm. Hemingway was very familiar with this community when he lived in Petoskey for that last time. Throughout the weekend, attendees will tour some of the old Victorian buildings and cottages, exploring their architecture and learn the detailed history of the community.

Membership in the Michigan Hemingway Society is $20 per calendar year for an individual, $30 for a family (two adults at the same address) or $10 for students. Benefits include a reduced fee for the annual MHS weekend conference, a printed copy of the MHS newsletter and periodic email updates of MHS news.