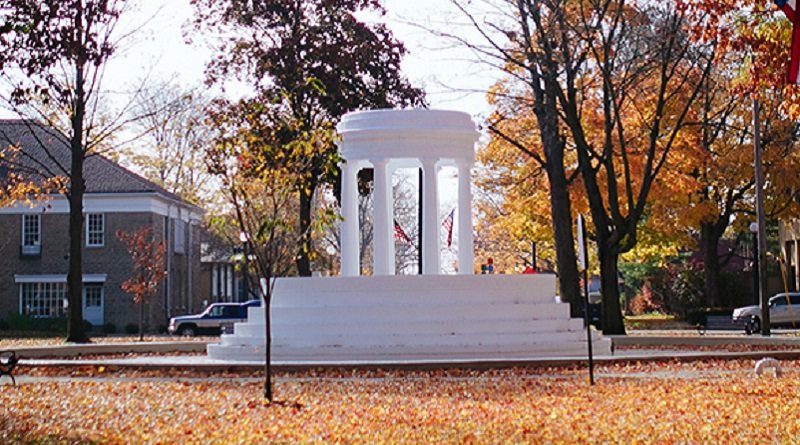 Long before the Food Network, HGTV and The History Channel (and even before the widespread availability of cable television) Marshall was establishing itself as one of the Midwest’s top historic and foodie destinations.

Established in 1830, seven years before Michigan’s statehood, Marshall was the front runner for the state capitol. Town leaders were so confident of their lead, that a Governor’s Mansion was built. Yet, the city lost by just one vote to Lansing, due north.

Built by railroad money and centrally located between Detroit and Chicago, Marshall is best known for its cross-section of 19th- and early 20th-century architecture and is home to one of the nation’s largest National Historic Landmark Districts with more than 850 buildings including the world-famous Honolulu House. Marshall has been referred to by the keeper of the National Register of Historic Places as a “virtual textbook of 19th-Century American architecture.” This year marks the 25th anniversary of Marshall’s National Historic Landmark District designation.

Among the town’s most noted events is the Historic Home Tour, held the second weekend of September each year. It is considered the longest, continually-operating home tour in the Great Lakes region.

The event actually started in 1957 as a kitchen tour, an idea of Jean Schuler—wife of the second-generation Schuler’s Restaurant owner Win Schuler, Vice President of the Marshall Historical Society and a member of the Trinity Episcopal Church Guild Council. It was organized to raise funds for various programs at the church.

“That first year, just four kitchens were featured, including our house,” says third generation owner Hans Schuler, who was a teenager when the tour started.

Originally held on a weekday afternoon in May (and often with a fashion show), the Trinity Kitchen Tour eventually moved to the fall and in 1963 began to feature full homes. Continuing to grow in popularity, the tour soon became more than the church could handle and by 1968, the Marshall Historical Society was asked to take over management.

“It then became a community event,” Hans says. “The tour encompasses everything Marshall stands for—hospitality, history and community pride. Today, it’s the one collective thing our town is known for and we wear that badge with honor.”

For more than 50 years, Marshall has not only maintained but grown its signature event—this year planned for Saturday, September 10 (9 am-5 pm) and Sunday, September 11 (10 am-5 pm). It remains one of the most noted home tours in the Midwest, with 20 different sites on this year’s schedule.

This year’s six featured homes include: 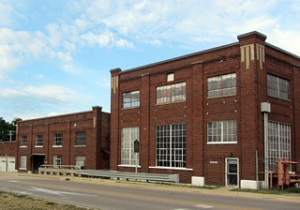 Of special interest on the tour this year is Marshall’s 1890s Power Plant near the Kalamazoo River. According to Ed Rice, director of electric utilities for the City of Marshall, this building was constructed in 1893 at a cost of $14,000 and originally contained two waterwheel generators and two streetlight arc machines. The city also built a new dam on the Kalamazoo River that year. Upgrades to the facility were made in 1910 and 1919 and even today a fraction of the city’s power needs come from what is recognized as the third-oldest municipal hydroelectric system operating under the original ownership in the country. 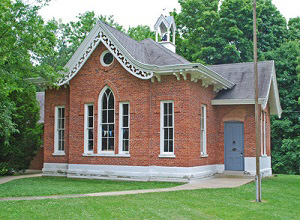 Tour tickets are $17 per person (good for both days) when purchased online by midnight, September 5 and $20 thereafter.

The tour weekend also includes musical entertainment at select homes, magicians at Oakhill and a community picnic across from the library on Sunday afternoon. The Honolulu House offers the juried Art at the Museum during the day and the 15th Annual Civil War Ball on Saturday evening.

Marshall home and business owners now open their doors to an estimated 3,000 people each fall, giving a glimpse inside the various architectural styles that the town has become known for. The Marshall Historic Society uses proceeds from the home tour to operate and maintain its three museums, we well as to support efforts to preserve, protect and promote the historic integrity of the community—thus preserving it for future generations.

For those looking for even MORE historical designations and recognitions in Marshall, these tidbits may be of interest: Marshall is the medicine patent capital; it was a stop on the Underground Railroad; the Michigan school system was established as part of the state constitution by two Marshall citizens; the country’s first railroad labor union, The Brotherhood of the Footboard (later renamed the Brotherhood of Locomotive Engineers), was formed here; and at one time Marshall was known as the “Chicken Pie City” because the one thing people could get to eat in town—in the time it took to cool and switch the train engines—was a chicken pie.

“Organizing a tour of this magnitude takes a great deal of year-round time, dedication and commitment from residents, businesses, volunteers and organizations,” Hans says. “While Marshall Historical Society is the official host, events of this caliber are only successful when everyone in town supports the cause.” 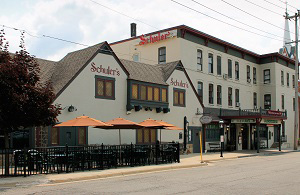 Although it isn’t an official stop on this year’s tour, Schuler’s Restaurant & Pub is recognized as one of Marshall’s historic treasures not to be missed. Founded in 1909, the iconic Schuler’s epitomizes hospitality excellence as one of the longest continually-operating family-owned and -operated restaurants in the state.

Visitors to Schuler’s during the Historic Home Tour weekend will find menu items—appetizers, salads, sandwiches, entrees and desserts—proudly named after the featured properties on the tour. Located in downtown Marshall, Schuler’s is recognized as world-class Michigan destination focused on offering guests quality food and excellent service, in a warm and welcoming atmosphere.