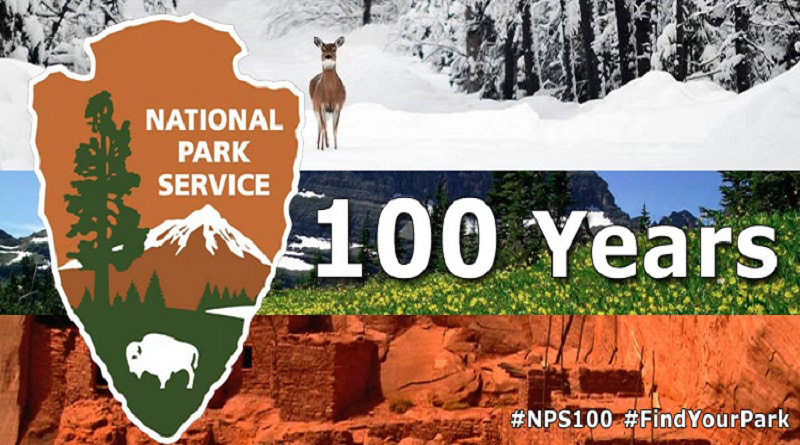 It wasn’t until Aug. 25, 1916 (44 years after Yellowstone), that President Woodrow Wilson signed the act that officially established the National Park Service to manage the then 35 parks and monuments. Today, there are a combined 390+ national battlefields, parks, sites, lakeshores, preserves, trails, rivers, memorials and monuments encompassing more than 84 million acres.

According to the National Park Service, Michigan currently has seven (7) unique sites in that are maintained by the NPS (descriptions reprinted from the website).

This forested island, the largest in Lake Superior, is distinguished by its wilderness character, timber wolves, moose herd and pre-Columbian copper mines.

Keweenaw National Historical Park — Calumet
From 7,000 years ago to the 1900s people mined Keweenaw copper. Native peoples made copper into tools and trade items. Investors and immigrants arrived in the 1800s in a great mineral rush, developing thriving industries and cosmopolitan communities. Though the mines have since closed, their mark is still visible on the land and people.

The park preserves and interprets the history of the Keweenaw Peninsula beginning with prehistoric activity nearly 7,000 years ago through large-scale industrial mining in the 1800s and 1900s. The park’s Keweenaw Heritage Sites partners operate most visitor facilities, providing diverse experiences and views of the industry and its participants. LIMITED FEDERAL FACILITIES.

Named the “Most Beautiful Place in America” in 2011 by viewers of Good Morning America.

Motor Cities National Heritage Area — Detroit
If you are interested in automotive history, then MotorCities National Heritage Area is the place to be. Tour the factory where Henry Ford created and built the Model T. Learn the stories behind the creation of General Motors and DamilerChrysler. Come with us and learn about the long and sometimes tenuous relationship between Labor and Industry while experiencing southeast Michigan.

River Raisin National Battlefield Park — Monroe
River Raisin National Battlefield Park preserves, commemorates, and interprets the January 1813 battles of the War of 1812 and their aftermath in Monroe and Wayne counties in SE Michigan. The Battle resulted in the greatest victory for Tecumseh’s American Indian confederation and the greatest defeat for the U.S. The resulting rally cry “Remember the Raisin” spurred support for the rest of the war.

Established March 30, 2009 (as the 393rd unit of the National Park Service) and began operation on October 22, 2010 as one of the four National Battlefield Parks in the country. 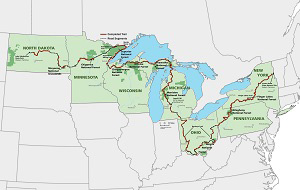 Michigan is also home to an “affiliated” area that preserve significant properties outside the National Park System:

Father Marquette National Memorial pays tribute to the life and work of Father Jacques Marquette, French priest and explorer. It is located in Straits State Park near St. Ignace (Upper Peninsula), where Marquette founded a Jesuit mission in 1671 and was buried in 1678.

FOR MORE FUN (on a national scale):

The U.S. Mint is celebrating the 100th birthday of the National Park Service with three new commemorative coins.