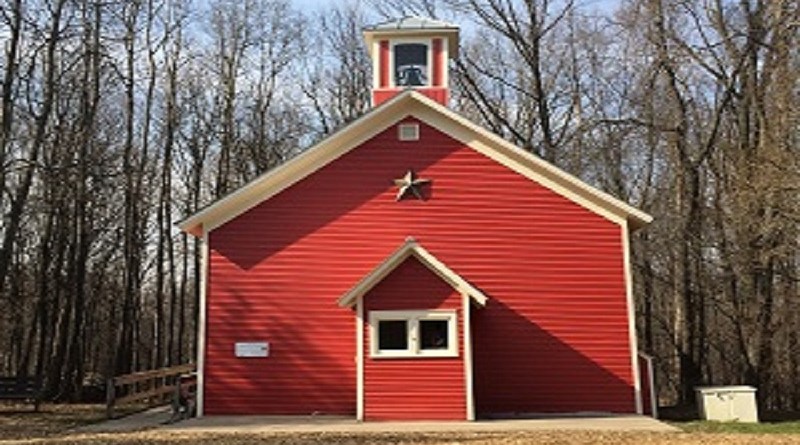 In today’s fast-paced world of the internet, MP3 players and iPads, it’s hard to imagine that a little more than one hundred years ago, Michigan’s children spent the day inside a one-room schoolhouse learning their lessons in reading, writing and arithmetic. In the early 1990s, there were more than 7000 one-room schools in operation in the state.

Today, fewer than 2000 on room schools still stand and less than two dozen remain in operation for regular classroom instruction. Most have been converted to homes, art galleries, antique shops and museums – where lessons are still taught during “day in the life” programs. Here’s a list of some of my favorites!

Built in 1891, this school operated until 1957 on an acre of land donated by the DeWitt and Bosch families. In 1979, it was restored as a living museum for area school children – featuring gas lights, an octagonal clock, hanging globe, wood stove and period desks. 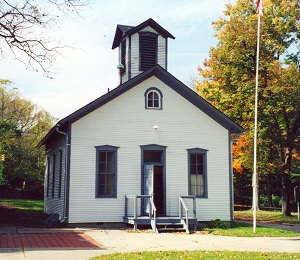 Built for a mere $650 in 1885, the Summit Township District No. 2 school operated at the corner of Kibby and Robinson Roads until 1957, when the district consolidated with the Union School District. It was moved in 1967 to the Ella Sharp Museum.

Henry Ford placed great value on education and among the collection of historic buildings and structures are three separate one-room schoolhouses, each one depicting a different time period. 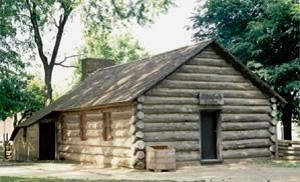 One of the most noted names in education was William Holmes McGuffey – author of the McGuffey Readers, a series of textbooks used by students throughout the mid to late 1800s. The McGuffey Schoolhouse was constructed out of logs from a barn located on the Pennsylvania farm where McGuffey was born and represents a one-room school experience of the 1840s.

Ford attended classes at the Miller School in Springwells Township in 1873-74, and a wood-framed replica of that building invites visiting students and teachers to experience school life from the 1870s.

The Scotch Settlement School was built in 1861 in an area of southeastern Michigan once known as the Scotch Settlement. Ford himself attended classes here in the early 1870s. This brick school building reflects school life from the 1870s as well.

In the early 1900s, Norwood (just south of Charlevoix on US31) was a thriving logging community – boasting a post office, barber shop, mills, boarding house, hotel and the Hilton School. Today the school operates as the Bier Art Gallery, featuring hand-crafted home décor from the area’s finest artists.

Technically a “ghost town,” Fallasbug is one of the best preserved historic communities in Michigan. Crossing over the Fallasburg Covered Bridge brings visitors to the 1867 Fallasburg School. Used as a day school, church, Sunday school and revival center until 1979, the building has now been converted into a museum and is one of the oldest standing schoolhouse buildings in the area. 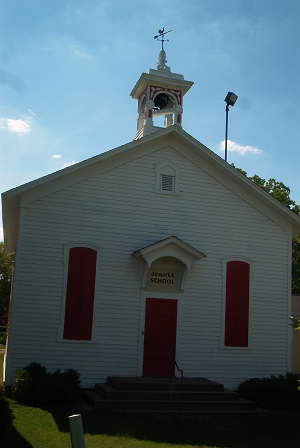 Also once known as the Brownell School, this building stood on property owned by George Jewitt. In 1918, two-fifths of an acre on which the school was housed was sold to School District No. 5 for $112.50. The Jewitt School was moved to the Pioneer Village at the Allegan County Fairgrounds in 1971. Today, during the annual fair in September, the school is open to area fourth grade students looking for a historical experience. It is also the site of the annual Allegan County Spelling Bee.

Originally located two miles west of Woodland on the northeast corner of M43 and Martin Road in Barry County, the Lee School was constructed in 1869 on land owned by William Lee. The school operated until the close of the 1922-23 school year, when the district consolidated. The building was then used for grain storage until it was moved to the historical village at Charlton Park in 1973. 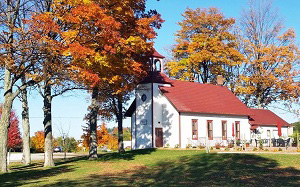 Senator George McManus was one of the most noted students to attend the Maple Grove School on the Old Mission Peninsula north of Traverse City. Built around 1896, the school was used until the early mid 1950s, when there was a consolidation with the Traverse City Public Schools. In the late 1990s, the schoolhouse was converted into the tasting room for Peninsula Cellars winery (one of seven wineries currently operating on the peninsula). Taking full advantage of its unique branding, Peninsula Cellars boasts several unique wines including School House Red, School House White, Detention and Homework.

Built in the 1850s at the corner of Parmalee Road and Moe Road in Middleville, the Moe School is the oldest one room schoolhouses in Barry County. More than 130 years later, the vacant and dilapidated building was purchased for $1 by former teacher Hazel McCall and donated to Carleen and Owen Sabin of Historic Bowens Mills. The schoolhouse was hauled on a flatbed trailer 10 miles and was placed on a new stone foundation. Restoration took time, but today the school is one of several buildings in this historical village and is open for classes, meetings and even dinners. 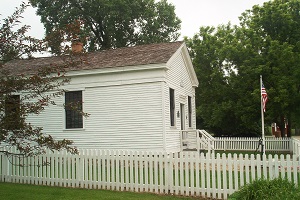 The Portage District No. 8 school was built in Section 32 in the southwest corner of Portage township in 1859, serving the educational needs of the rural school children until 1947. The City of Portage purchased the building and moved it to the Celery Flats Interpretive Historical Park complex in 1990. The interior of the school has been restored with period furnishings and photographs of other area schools adorn the walls. 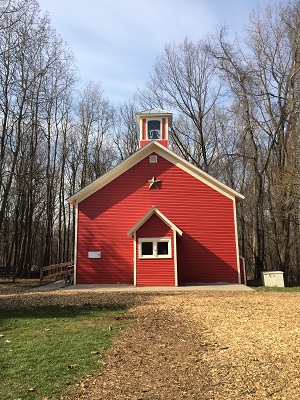 Built in 1853, the Star School operated for 111 years at the corner of 8th Avenue and Lincoln Street in Ottawa County. In 1953, the school celebrated its centennial – with more than 500 former students coming back to visit from all over the United States. In 1972, the school was donated to the Public Museum of Grand Rapids and found a new home at the 143-acre Blandford Nature Center. In 2003, budget cuts forced the museum to transfer the nature center to the Grand Rapids Public Schools. Threatened with closure in 2007 due to additional financial woes, Blanford merged with Mixed Greens, becoming a collective non-profit organization. The following year, BNC became its own independent charitable nonprofit organization.

To book a presentation of “Lessons Learned from Michigan’s One Room Schools” contact Dianna Stampfler at dianna@promotemichigan.com.