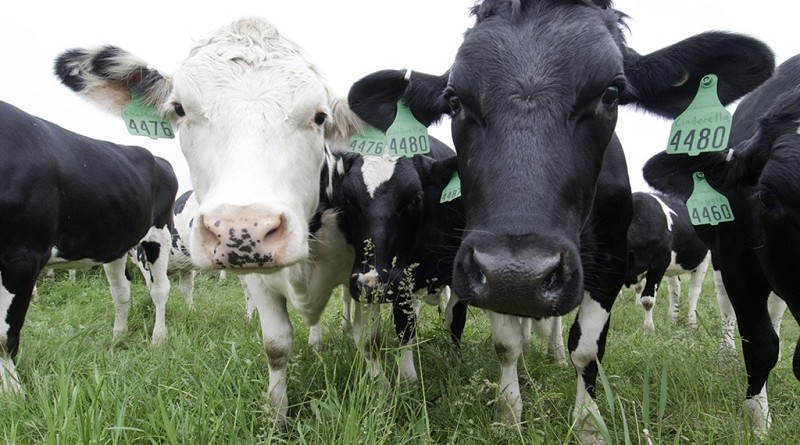 Due to its unique microclimate, Michigan produces over 200 commodities on a commercial basis and is the second-most agriculturally diverse state in the country (second only to California). Nearly 27% of the state’s entire land—10 million acres—is still dedicated to farmland, with more than 53,000 farms operating between the two peninsulas. Over a million jobs, almost 24% of the state’s workforce, is supported by agriculture in some way. As such, the state’s agricultural industry generates more than $92 billion to our state’s economy, making it Michigan’s #2 industry! 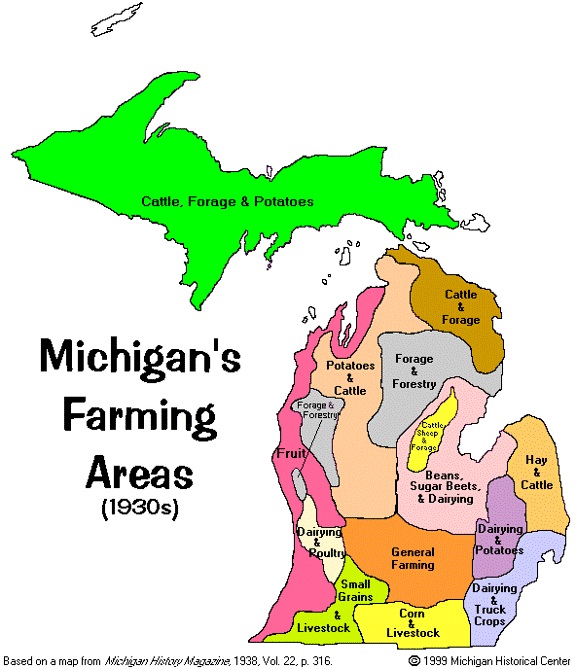 More than 330 different kinds of farm commodities are produced in Michigan and for almost 50 of those commodities, Michigan ranks in the national top 10. 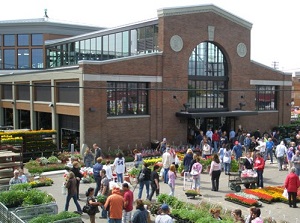 Michigan ranks 4th nationally for the number of Farmers Markets, with more than 300. Michigan’s total farmers markets grew 60% between 2009 and 2010.

Michigan ranks 19th in the nation for food processing, employing more than 130,000 and generating nearly $25 billion in economic activity.

When $1 is spent locally, that single dollar impacts 3 to 7 different local businesses before leaving the local economy.

If every Michigan household spent just $10 of their weekly food budget on Michigan-made or Michigan-grown products, we would put $36 million per week into our state economy.

Here’s how we stack up on the fruits and vegetables: 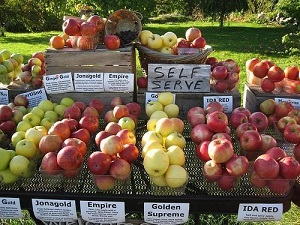 Apples – Michigan is the third-largest apple producing state in the nation. In 2014, Michigan will harvest an estimated 28.74 million bushels of apples, gathered from more than 9.2 million apple trees covering 36,500 acres on 850 family-run farms. Apples are one of the largest and most valuable fruit crops in Michigan.

Asparagus – Michigan ranks #2 in the nation for Asparagus production, harvesting up to 25 million pounds annually (11,000 acres).

Beans – Michigan is known throughout the world as a top producer of dry edible beans – with more than 2500 bean growers, contributing over $120 million to the state’s economy.

Blueberries – Michigan is #1 one in highbush blueberry production in the country with almost 600 farms and over 19,000 acres ($130 million). Michigan produces up to 100 million pounds of blueberries each year.

Cabbage – In 2011, Michigan farmers across the state produced 75.9 million pounds of cabbage worth $12.1 million. 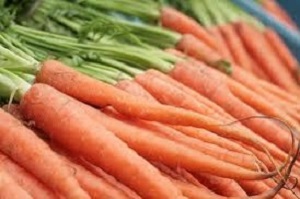 Carrots – In 2011, Michigan produced 6.8 million pounds of carrots for fresh use worth $7.6 million. This made Michigan the 2nd highest carrot producing state in the country. Michigan carrots are primarily found in the west, central counties of Montcalm and Oceana.

Celery – In 2011, celery generated $12.9 million from 99 million pounds grown in Michigan, ranking it 2nd among the top celery producing states in the country. 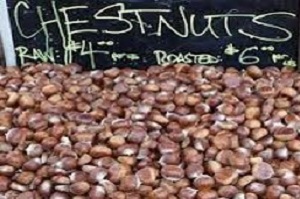 Chestnuts – There are nearly 40 chestnut growers in Michigan – more chestnut farms and growers than any other state. Members of Michigan’s Chestnut Growers sold 80,000 lbs of Michigan sweet chestnuts in 2011.

Mint – Michigan growers produce more than 50,000 pounds of spearmint and peppermint each year.

Plums – Michigan produced 1,400 tons of fresh and processed plums in 2011 totaling nearly $1 million. Michigan is the 4th largest producer of plums in the nation. 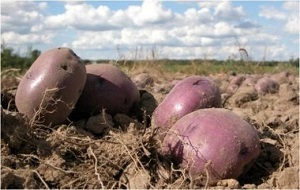 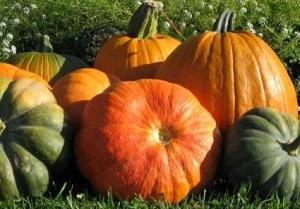 Squash – In 2011, Michigan produced 122 million pounds of squash for fresh or processed use, totaling $25.5 million.

Sugar Beets – Michigan ranks #5 in the nation in sugar beet production. Michigan’s Saginaw Valley and Thumb area to the southeast corner of the state, produces more than 90% of the sugar beets grown east of the Mississippi River.

Then, there’s the meat and dairy, as well as hunting and fishing: 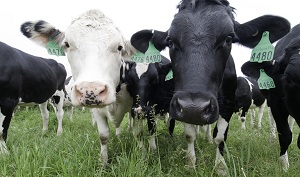 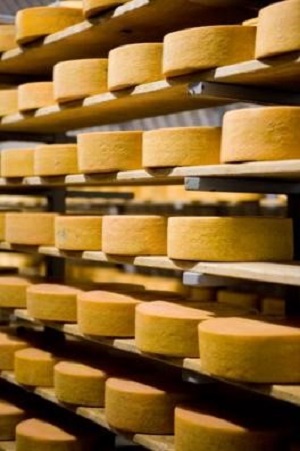 Cheese – As February 2012, and recorded by MDA, there are 31 cheese producers (recorded) in Michigan.

Fishing – Michigan ranks #5 in the nation in numbers of licensed resident and nonresident anglers who contribute $2 billion annually to our economy and generate $225 million in state tax revenue.

Hunting – Michigan ranks #3 in the nation in licensed hunters (more than 750,000) who contribute $1.3 billion annually to our economy and generate $153 million in state tax revenue.

Shrimp – The Shrimp Farm in Okemos is Michigan’s first and only indoor farm and the first operation of its kind in the world.

Swine – Michigan’s hog production totaled 556 million pounds in 2007, ranking us 14th in the nation. Cass County is the #1 county in Michigan for hogs. 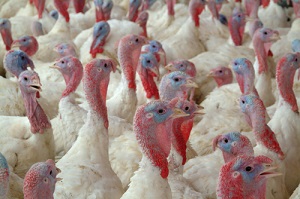 And don’t forget the beverages:

Cider – The fastest growing craft beverage sector, Michigan boasts about a half dozen active producers, with many wineries and breweries also producing ciders.

Craft Beer – Michigan ranks #5 in the nation for the number of craft breweries, at more than 150. The total contribution of craft brewing in Michigan is more than 7100 jobs, $232,400,000 in wages and nearly $609 million in economic impact.

Distilled Spirits – Michigan’s craft distilling industry is growing at a rapid pace – ranking #4 in the nation in terms of overall number of distilleries (behind California, Oregon and Washington).

Mead – Honey wine. Michigan currently has about a half dozen producers throughout both the Upper and Lower Peninsulas.

Wine – Michigan’s 125+ wineries welcome more than 1 million visitors to their tasting rooms each year. The industry contributes nearly $800 million to the state’s economy each year, with sales of Michigan wine within the state growing at double-digit numbers over the past few years. Michigan currently ranks between #10 and #13 nationally for wine production.

As for the non-edibles:

Bedding Plants – Michigan ranks 3rd in the nation in the value of wholesale sales of floriculture products in 2010, behind California and Florida. Reports from Michigan’s 625 commercial growers showed an estimated wholesale value of $402.7 million for all surveyed floriculture crops. 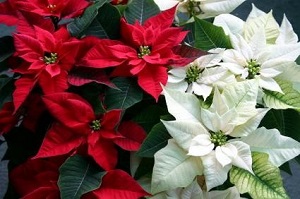 Christmas Trees – Michigan ranks third in the U.S. in the number of trees harvested annually, producing 3 million trees on average. There are nearly 700 Christmas tree growers in the state with an annual wholesale value exceeding $40 million. 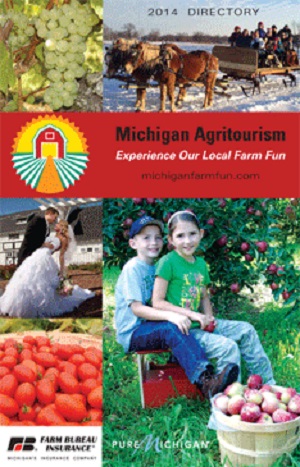 For more, visit the Michigan Department of Agricultural website at www.michigan.gov/mda. For agri-tourism options, check out these websites: