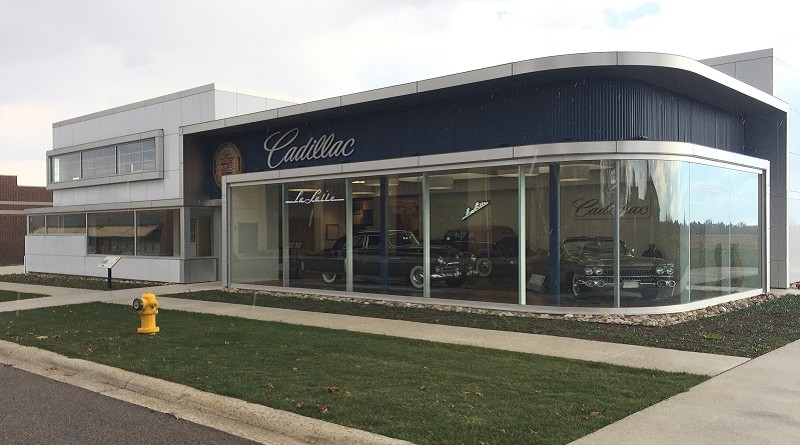 The Gilmore Car Museum once again made history as it celebrated the Grand Opening of the new Cadillac-LaSalle Club Museum and Research Center on Sunday, September 28, 2014.

Located on the grounds of the Gilmore Car Museum, this 10,000 square-foot building is dedicated to maintaining and exhibiting collectible Cadillacs and LaSalles, with the focus of the new museum and research center being to protect, promote and share the exciting history of these premier automobiles as well as their impact in the United States and worldwide over the past 100-plus years.

Throughout history, Cadillac has set the standard for automotive excellence since 1902, when Henry Leland persuaded the owners of a failing Detroit car company to reorganize and build cars using his precision-designed and manufactured engine. 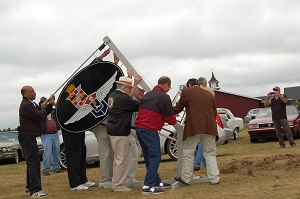 In the beginning, Henry Leland had worked as a precision machinist for Colt firearms in Connecticut before moving to Detroit and starting his own machine shop. His precision and demand for accuracy led Cadillac to become one of the most prestigious American autos and is referred to as “The Standard of the World.”

LaSalle was introduced in 1927 to fill the price gap between Buick and Cadillac, and was produced through 1940. The marque is credited with moving General Motors’ styling away from engineering and creating its own department: the “Art and Colour Design Studio” headed by Harley Earl.

“After an exhaustive survey of potential museum partners across the Country, we are pleased to be joining the Gilmore Car Museum,” said Paul Ayres, President of the CLCMRC. “The Gilmore is rapidly becoming the nation’s premier auto museum,” he said.

The all-new 10,000 square foot museum structure is modeled after a 1948 dealership design from the pages of General Motors book “Planning Automobile Dealer Properties” of that year.

The grand opening of the Cadillac-LaSalle Museum will contain the excitement and anticipation reminiscent of how the new model year cars were unveiled each September at local dealerships. Prior to the opening, the showroom windows will be completely covered with a banner announcing “See the New Standard of the World – Cadillac for 1948.”

On Sunday September 28th, starting at 2:00pm as part of the Museum’s Dedication Ceremony, the covering will be removed to unveil the new Museum and welcome the public inside for the first time.

Michael Spezia, Executive Director of the Gilmore Car Museum, expressed, “With the addition of the Cadillac-LaSalle Museum to the Gilmore campus we now become one of the more unique historic destinations, not just within the car collecting hobby but with the general public as well.”

Within the new Museum, guests will find nearly two-dozen automobiles within, including a very rare 1903 example from of Cadillac’s first year of production; a 1937 LaSalle Convertible Sedan, 1957 Cadillac Brougham used in the film “Driving Miss Daisy,” as well as a 1992 Indy 500 Pace car and the 2003 Cadillac Sixteen show car.

Prominent in the showroom on opening day and paying homage to the vintage dealership’s facade will be two 1948 Cadillacs – a 60 Special Sedan and a 75 Series Limousine.

Besides the fantastic automobiles displayed within the new museum structure visitors will also find an array of artifacts, memorabilia and educational exhibits that tell the entire story of Cadillac and LaSalle. There will be tributes to Cadillac’s founder Henry Leland, to the firm’s production history, its support of the Arsenal of Democracy during World War II and its history of providing Presidential limousines. 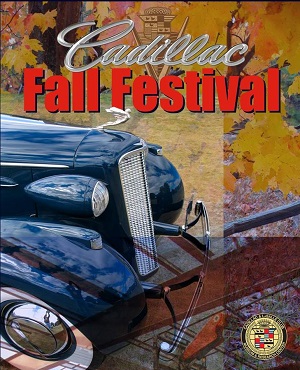 Hundreds of Cadillac & LaSalle automobiles, owners, enthusiasts and Club members are expected to attend the event, which is open to the public. Special guests will include Dave Leone, Cadillac Brand Lead Executive Chief Engineer, Margaret Dunning, who at 104 is a renowned philanthropist and auto enthusiast, as well as many other Cadillac design and engineering retirees. Cadillac & LaSalle owners who are members of the national Cadillac-LaSalle Club can also take part in the weekend-long Cadillac Fall Festival.

The Gilmore Car Museum, located in Hickory Corners, near Kalamazoo in Michigan, is renowned for its collection of over 375 extraordinary vehicles, as well as its 90-acre park-like campus made up of historic buildings. A small town train depot, 1930s gas station, 1941 diner, and a re-created auto dealerships including 1918 Franklin, 1928 Ford Model A, 1930s Lincoln are just a few of the buildings currently on the ever-expanding grounds.

To learn more about the Gilmore Car Museum and the Cadillac & LaSalle Club please visit www.gilmorecarmuseum.org and www.cadillaclasalleclub.org.

The Gilmore Car Museum is a public, 501(c)3 non-profit educational institution, dedicated to preserving the history and heritage of the American automobile.