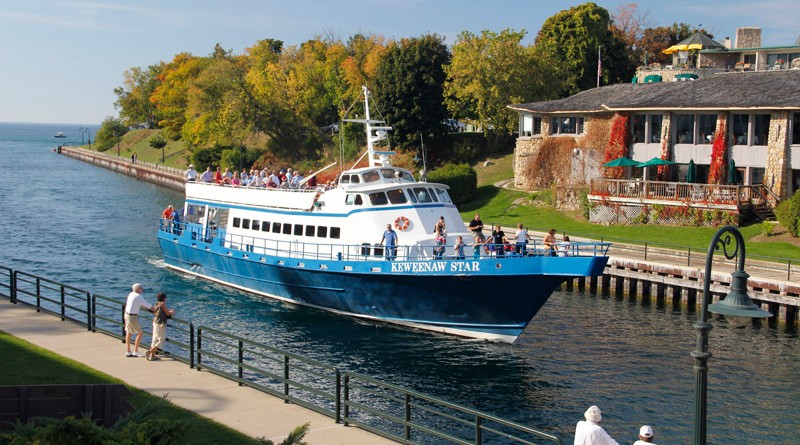 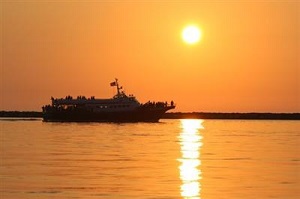 There’s no better way to soak up the fall colors of Pure Michigan than from the water. Keweenaw Excursions is offering a 3-day excursion that will take passengers up the St. Mary’s River, through the Soo Locks and into Lake Superior, aboard its 110-foot Keweenaw Star. The trip runs Saturday, September 27* through Monday, September 29.

The trip begins Saturday morning at the State Docks in the village of DeTour, in the eastern Upper Peninsula. From there, the Star will travel north to explore the hundreds of tree-filled islands of Potagannissing Bay, through the North Channel of Georgian Bay and over to the Canadian town of Bruce Mines, to view the lighthouse at McKay Point. From there, its west past Sister Rock lighthouse and through the narrows of the Wilson Channel, then over to the north side of St. Joseph Island, which should be ablaze in fall colors. Just past the Shoal Island Lighthouse, the Star enters the St. Mary’s River in the Middle Neebish Channel and heads north toward Sault Ste Marie. The evening concludes with a trip through the Soo Locks and out into Lake Superior, before returning to Sault Ste Marie for the night. 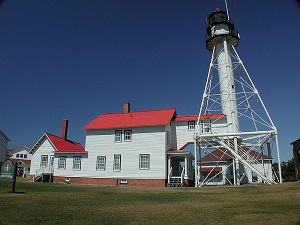 Sunday offers options for passengers. The first is to board a bus for trip to the Great Lakes Shipwreck Museum at Whitefish Point in the town of Paradise, including a stop at nearby Point Iroquois Lighthouse.+ 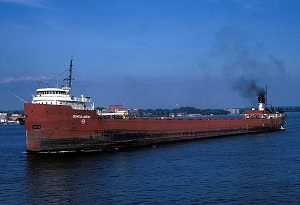 Or, those wishing to stay and explore Sault Ste Marie can take in attractions such as the Museum Ship Valley Camp, Tower of History and the viewing platform for the Soo Locks, for up-closing viewing of the transiting freighters.

On Monday, the Star begins her voyage south down the St. Mary’s River, with passage through the famed Rock Cut and back to the dock in DeTour. 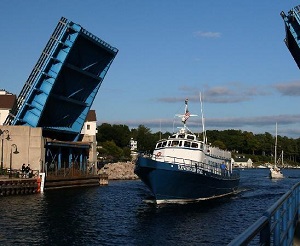 Cost for the excursion is $475 per person, based on double occupancy ($550 per person, single occupancy) and includes transportation, two night’s accommodations at the Kewadin Casino in Sault Ste Marie as well as a gaming package, and most meals. Space is limited and reservations are required by calling (231) 237-9365. 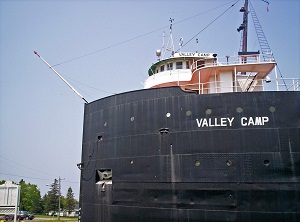 Operating since 2000 Keweenaw Excursions is owned and operated by brothers Jason and Kraig Funkey. The company originated in Houghton, in Michigan’s Upper Peninsula and moved to Charlevoix in 2009. With a capacity of 130 passengers, the Keweenaw Star offers a range of cruises from mid-May through mid-October, including sunset tours, sightseeing trips and multi-day lighthouse and ship-watching cruises. The boat is also available for private charters, for events such as corporate outings, weddings, rehearsal dinners and reunions. 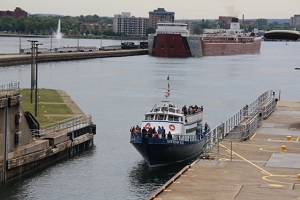 *A block of rooms has been set up at the Cedarville Lodge in the town of Cedarville, just 20 minutes from the State Dock in Detour, for $79 for Friday and Monday evenings, for those needing additional accommodations. Be sure to ask for the Keweenaw Excursion block when making reservations.

+The bus tour option is an added $55 per person and includes transportation, admission to both museums and lunch at Whitefish Point, and is limited to the first 57 passengers.