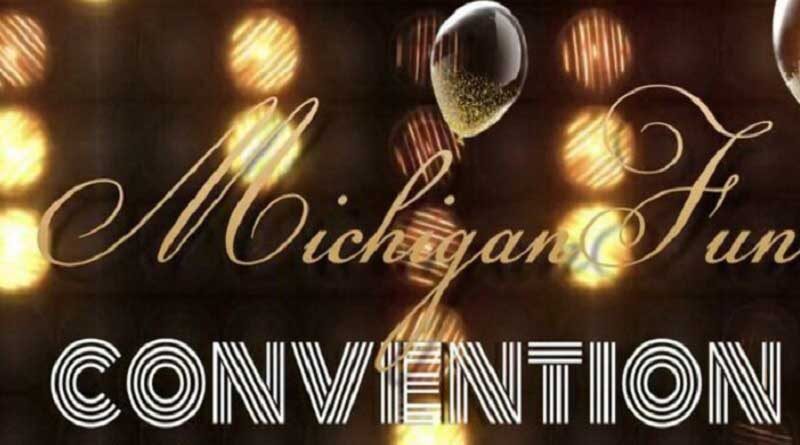 Every day, you’re bound to find a festival or special event taking place in one of Michigan’s many cities, celebrating everything from agricultural commodities and cultural arts to maritime heritage and holiday traditions. Even the smallest villages host annual events which appeal to their local residents as well as thousands of visitors who spend money on flea markets, pancake breakfasts, concerts, midway rides, arts and crafts, face painting, pageants, caricature drawings, beverage tents and so much more.

In pre-pandemic years, Michigan hosted over 800 festivals that were attended by 35 million people with a nearly $1.9 billion annual impact collectively, according to Michigan Festivals and Events Association (MFEA) CEO Mike Szukhent. A study from Northwoods University had originally predicted that based on 2017-2019 data, festivals overall would generate upwards of $3.2 billion in 2020 and 2021.

“Only about 30 percent of festivals were held in 2021, but those who were able to pull them off saw record breaking attendance and revenue,” Szukhent says. “This year was better, and 2023 is looking to be on par with 2019 numbers.”

Events are a vital part of the state’s greater Pure Michigan tourism industry, with hotels, restaurants, retail shops, recreational rentals and other small businesses benefitting from the boost in the number of visitors and the dollars they spend.

For over 65 years, the village of Munger (Bay County, population: 1,494) has hosted its Potato Festival in July, with attendance of over 40,000 over the four-day event. The money raised during this celebration are reinvested back into the community for the volunteer fire department, parks and recreation, scout troops and other local organizations.

Colon (St. Joseph County, population 1,200) is known as the “Magic Capital of the World” and for more than 80 years has hosted an annual August “Get Together” of magicians and illusionists from around the world. John Sterlini, owner of Sterlini Magic Theater and Sterlini Magic Manufacturing says the typical magician spends between $1,000 and $1,500 during the four-day celebration – and that’s not taking into account what other visitors and attendees may spend. Sterlini notes his store sales increase by 500 percent during the event.

According to an economic impact study by the Michigan State University Center for Economic Analysis, the U.P. State Fair in Escanaba set a new attendance record in 2018 with over 92,000 fairgoers (an increase of six percent from the previous record-setting year). Focusing on an estimated 57,741 attendees from outside the area, the study revealed that non-local attendees generated $1.8 million in new money to the community and the recirculation of some of that money resulted in an additional $875,000 in spending.

The Ann Arbor Art Fair brings in more than a half million visitors over a three-day event in July, contributing more than $100 to that community. In 2018, nearly a half million visitors attended Holland’s Tulip Time Festival in May (46% of those first-time attendees) spending $48 million. In downtown Lansing, the Common Ground Music Festival was established in 2000 and since that time has welcomed over 1 million guests contributing upwards of $70 million to the local economy.

Traverse City Horse Shows has reported a major increase in its event in recent years, attracting attendees from 46 states and 28 countries to Flintfields Horse Park. In 2017, the event ran for 12 weeks with an average attendee stay of 19 nights and an impact of $8 million. By 2021, the event had expanded to 16 weeks with an average of 33 overnights and an overall $120 million impact.

This week (Nov. 2-5), over 350 event representatives from around the state will gather at the Blue Water Convention Center in Port Huron for MFEA’s 30th Annual MichiganFun® Convention. The conference provides opportunities for attendees to network with other volunteers and to share tips, resources and inspiration, especially as festivals rebuild in the wake of the pandemic. Founded in 1992, the non-profit Flushing-based MFEA is the largest organization of its kind in the United States, with over 1,000 active members.

“Being at the Blue Water Convention Center is going to be unbelievable,” Szukhent says, noting its location overlooking the St. Clair River provides a stunning backdrop. Opened in April 2015, this 34,000-square-foot venue sits a stone’s throw from the iconic Blue Water Bridge—the twin span bridge which connects the United States to Sarnia, Ontario, Canada.

Friday’s keynote speaker is Jacob “Jake” Brown with an inspirational session called “Embrace Your Aspirations & Fail Forward”. Born in Saginaw, Brown is a former professional athlete turned businessman, entrepreneur and motivational speaker. On Saturday, Flint native Eric Patrick Thomas (aka Mr. Inspire) will be the keynote. Thomas, who suffered a spinal cord injury that paralyzed him from the neck down in 1997, will empower resilience and inspire change for people with barriers.

Among the highlights of the conference is a Vendor Trade Show, where 30 exhibitors include entertainers for hire (clowns, magicians, musicians), special attractions (midway/carnival companies, bounce houses, pyrotechnics), media services and other service providers. Both Friday and Saturday night offers musical showcases where a total of 10 bands perform with hopes of being booked at one of the state’s many events in the coming years.

Registration is still open for the MFEA Convention, at $195 per person ($125 for one day) at https://www.michiganfun.com/convention/.