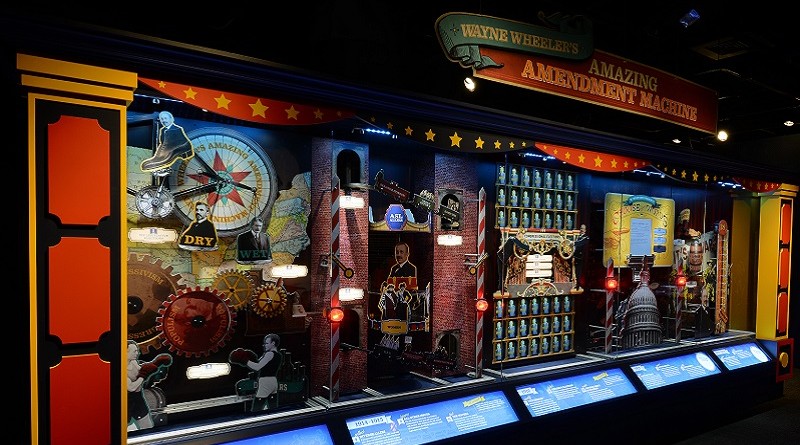 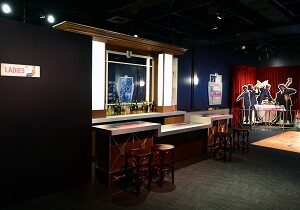 American Spirits: The Rise and Fall of Prohibition graces the galleries of the Grand Rapids Public Museum (GRPM) through January 17, 2016. This exhibit explores America’s most colorful and complex constitutional hiccup, spanning from the inception of the temperance movement, through the Roaring ’20s, to the unprecedented repeal of the constitutional amendment.

The world of flappers, bootleggers, temperance lobbyists, and organized crime legends comes to life in the American Spirits exhibition. This extensive collection will showcase over 100 rare artifacts, including: temperance propaganda, flapper dresses from the Roaring ’20s, Carry Nation’s hatchet used during her barroom-smashing raids, and authentic items used for making moonshine and other illegal potent liquors. 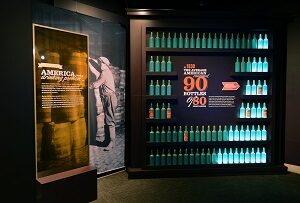 Interactive elements and immersive environments will bring to life the sights, sounds, and experiences of the time period. Visitors have the chance to take a quiz to find out if they are a “wet” or a “dry,” learn the Charleston in a re-created speakeasy and play the role of a federal Prohibition agent chasing rumrunners in a custom-built video game. 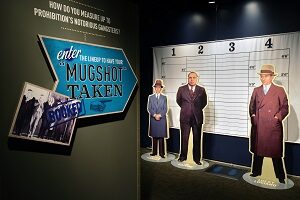 At the end of the exhibition visitors will explore the legacy of Prohibition in today’s regulatory landscape. Displays will show why and how laws differ from state to state and how the idea of drinking responsibly evolved.

American Spirits is a national touring exhibition created by the National Constitution Center in Philadelphia, Pennsylvania, and curated by Daniel Okrent, Pulitzer Prize finalist and author of Last Call: The Rise and Fall of Prohibition. The exhibition includes 17 artifacts on loan from the Collection of the Grand Rapids Public Museum.

The GRPM will offer a variety of engaging community and educational programs to complement the exhibition. Programs vary from free with admission to an additional cost to participants. 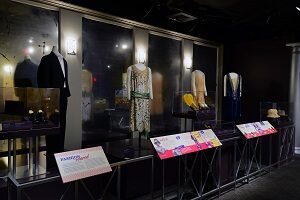 Bathtub Gin Kit
Long Road Distillers, Grand Rapids’ first craft distillery, has created a special Prohibition-themed “bathtub gin” kit to commemorate the exhibition, which will be available at the distillery located at 537 Leonard Street NW, Grand Rapids (while supplies last). The kit includes a bottle of Long Road’s signature vodka, crafted from Michigan grain, botanicals for infusing, a second jar with a special edition Prohibition label, and instructions for infusing your gin at home. Long Road Distillers opened in early June of 2015 and is the first craft distillery in the history of the City of Grand Rapids.

“We’re thrilled to partner with the Grand Rapids Public Museum on this exhibit commemorating such a unique period in American history. The rise and ultimate fall of prohibition changed the landscape for American distilleries and breweries, and only now, over 80 years later, are we seeing the resurgence of the local, craft beverage makers. The Long Road Bathtub Gin Kit is a great way to honor the ingenuity of those who tried to make the most of what they had available at the time” said Kyle Van Strien, owner, Long Road Distillers.

Long Road Distillers is proud to be part of the exciting revitalization that is taking place in the West Side neighborhood they call home, as well as being an active member of the thriving craft spirit culture around Michigan. Staying true to its name, Long Road takes no shortcuts in crafting their spirits, using thousands of pounds of grain each week from a family farm located less than 25 miles from the distillery to produce vodka, gin, whisky and other uniquely Michigan spirits.

Long Road’s spirits can be enjoyed by the taste or in one of their carefully crafted cocktails and paired with a farm-fresh meal in their bar and restaurant. If seeing the production area through the floor to ceiling windows from the bar doesn’t satisfy your curiosity, distillery tours are offered Friday, Saturday and Sunday afternoons.

Cocktail Classes
For the first three Tuesdays in October (October 6, 13, and 20), join the GRPM and New Holland Brewing for hands on cocktail classes in the Museum. Each class will be themed around a different Prohibition era spirit. Tickets are $10 and include general admission (Members receive discounted price). 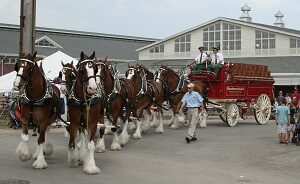 Legacy Awards Gala
Join the GRPM for the 7th Annual Jay & Betty Van Andel Legacy Awards Gala on Thursday, November 12 starting at 5:30 pm. In celebration of the exhibition “American Spirits: The Rise and Fall of Prohibition” this event will be set in the era of flappers, bootleggers, temperance lobbyists, and organized crime legends. As the GRPM’s annual fundraiser, the community comes together to recognize three individuals for their dedication and commitment to bettering the quality of life in the region. Attire is roaring 20s fashion. Co-chaired by Dave & Carol Van Andel and Jim & Sue Williams. Tickets may be purchased by calling (616) 929-1754.

Repeal Day
December 5, 2015 marks the 82nd anniversary of the 21st Amendment, repealing the laws of Prohibition. Visit the Museum to take part in special Repeal Day activities including meeting characters who were important in passing the first and only amendment to repeal another amendment ever. The Museum’s Galleria will be filled with adult and children hands on activities to both celebrate and learn about our country’s history.

Join the Museum for a special soda making workshop from 10 am to 11:30 am for a special Repeal Day activity, also on December 5. This workshop will take place in the demo lab at the Grand Rapids Public Museum and can accommodate up to 20 people. Pre-registration is required, all ages welcome, recommended for ages 6-12. The workshop is $12 per person and includes general admission to the Museum.

“Party Like it’s 1933” Repeal Day party at SpeakEZ
Step back in time to the first legal drinks after Prohibition at the Speak EZ Lounge on Saturday, December 5. Starting at 9 pm the Lounge will turn into 1933 with guests and staff partying to celebrate the 21st amendment. The event will include a live band, as well as ticket giveaways to the GRPM’s American Spirits exhibition! No advanced tickets necessary.

Last Call! Closing Weekend
Join us first the last call and last chance to see the exhibit on January 16 & 17, 2016. January 17 marks the 95th anniversary of the 18th amendment. On this weekend meet historic figures such as Wayne Wheeler and Carry Nation who helped bring about this constitutional amendment. As you journey through the history of Prohibition in American Spirits, hear in depth talks about the era, the culture and the changes that were seen in 1920. Saturday, January 16, join Speak EZ Lounge in the Meijer Theater at 3 pm for an exclusive mixology presentation.

Make your own marbles at the Grand Rapids Public Museum on November 14 from 10 am to 11:30 am. Learn how to make your own marbles out of clay, and while they bake play some of the original marble games that were popular in the 1920s! This workshop will take place in the demo lab at the Grand Rapids Public Museum and can accommodate up to 20 people. Pre-registration is required, all ages welcome, recommended for ages 6-12. The workshop is $12 per person and includes general admission to the Museum.

This holiday season, visit the Grand Rapids Public Museum for a variety of family friendly crafts and events during the annual Snowflake Break. Make your own themed snowflakes and punch tins, play a variety of board games, dress paper dolls in the Museum’s 1920’s fashion straight from our Collections. Activities are free with general admission. Visit the Museum on December 21, 22, 23, 28, 29, and 30 and enjoy late nights in The Discovery of King Tut and American Spirits!

For a full schedule of events, please visit grpm.org.

Admission to American Spirits; The Rise and Fall of Prohibition will be included with general admission to the GRPM. This exhibit is free to Museum members.

American Spirits: The Rise and Fall of Prohibition has been made possible in part by a major grant from the National Endowment for the Humanities: Exploring the human endeavor.