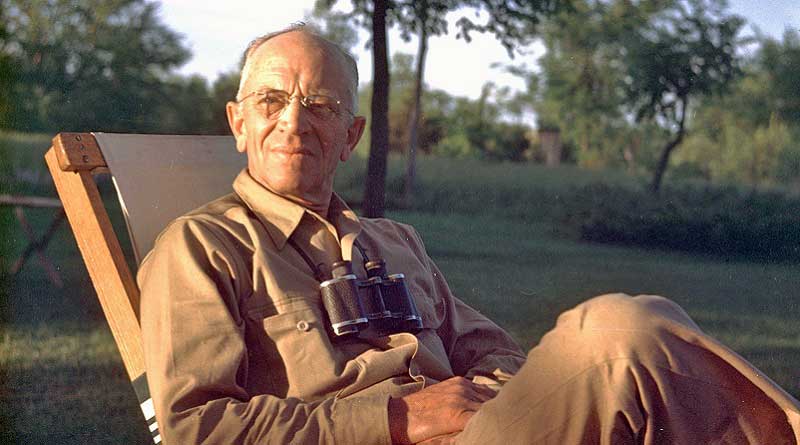 NOTE: This article originally appeared in the Spring 2017 issue of Michigan BLUE Magazine. It has been edited to reflect 2019 festival dates.

Imagine hiking wooded island trails and paddling the open waters of northern Lake Huron where America’s “father of wildlife ecology” and “founder of the conservation movement” explored as inquisitive youth. That’s what conservationists and nature lovers are planning May 30 through June 2 when they attend the third annual Aldo Leopold Festival in the Les Cheneaux Islands, including the communities of Cedarville and Hessel.

Leopold’s family purchased a summer cottage on Marquette Island in 1898, one of 36 islands in the Les Cheneaux archipelago. Those U.P. summers sparked young Aldo’s lifelong study of nature and shaped his future in wildlife management and environmental preservation. Leopold went earned a master’s degree from the Yale School of Forestry. He became an eminent naturalist, scientist, ecologist and philosopher and dedicated 19 years to the U.S. Forest Service and 15 years to teaching wildlife management at the University of Wisconsin. His collection of essays, A Sand County Almanac, was published a year after his death and is regarded as one of the most significant environmental works of the 20th century.

Aldo continued to visit the Les Cheneaux area until about 1919, based on family photos. While nearly a century has passed since he last set foot there, his legacy remains as strong as ever. In recognition of his contributions to nature, a Michigan historic marker was erected on M-134 in 2015 during the inaugural Aldo Leopold Festival. Last summer’s event featured the introduction of the North Huron Birding Trail, which stretches along the rocky shoreline and protected bays from St. Ignace east to Drummond Island.

Festival participants this year will enjoy a variety of land and water excursions. Presentations by naturalists and botanists will be offered, along with an artisan market, dark sky program, bird-house building workshop, community picnic and other events.

“These experiences make vivid impressions, as they surely did on Aldo during his time here,” says Amy Polk, [then] executive director of the Les Cheneaux Islands Tourist Association.

For a schedule of events for the 2019 Aldo Leopold Festival, visit www.aldoleopoldfestival.com.