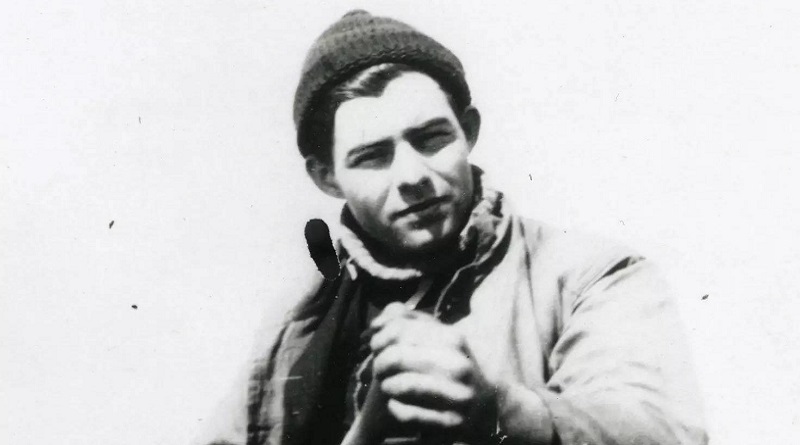 You are invited to follow in the Northern Michigan footsteps of one of the world’s most noted authors – Ernest Hemingway.

A variety of self-guided tours throughout the Petoskey are available online, which take those who are both mildly fascinated and hopelessly dedicated to this Noble and Pulitzer Prize winning author. To locals, and many visitors, the sites are commonly known and respected. 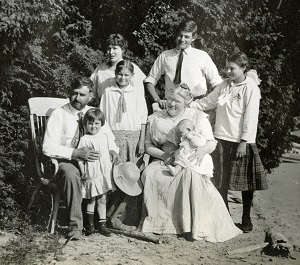 Ernest Miller Hemingway was born in 1899 in Oak Park, IL and made his first trip to Northern Michigan when he was a mere six weeks old. Traveling north through the freshwaters of Lake Michigan aboard the SS Manitou it would be the first trip of many. Their destination was a family cottage, designed by Ernest’s mother and built for the sum of $400 on Lake Charlevoix, about four miles from Horton Bay. In what became a summer tradition, the Hemingway family would make this annual trip to the Windermere cottage – which remains in the family to this day.

As Ernest grew, the Little Traverse Bay region became his natural playground, inspiring his youthful imagination. He began to explore the woods and waters surrounding Windermere, hunting in the thick woods and casting his line in the crystal-clear rivers and streams. 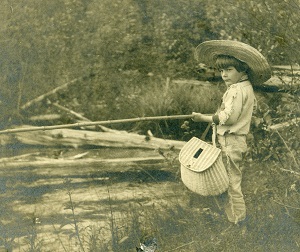 Known as a one of Michigan’s premier tourist destinations, the region was rich with summer people and local characters who later found their way on the pages of Ernest’s stories. Although he left God’s country behind following his marriage in 1921, it was never far from his mind or his heart – serving as inspiration for many of his later works. In fact, more of his short stories are set in Michigan than any other place.

The Snows of Kilimanjaro gives an elaborate description of adolescent memories of a friend’s homestead in Michigan. Horton Bay is described in The End of Something, Three Day Blow and Summer People and Petoskey was a setting for Ernest’s first published novel, The Torrents of Springs. Among the most treasured collections is The Nick Adams Stories, a volume of short vignettes compiled and republished posthumously in 1972. The fictional Nick Adams – much like Hemingway himself – spent his hours traversing northern Michigan in search of new adventures. 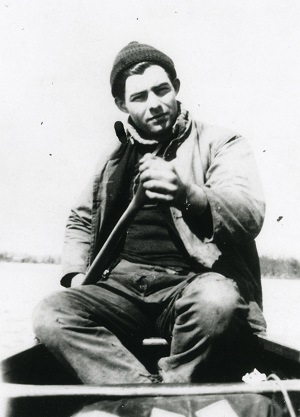 As a young adult, Ernest’s interest in exploration took him beyond Michigan. Over time, he found destinations such as Key West, Cuba, Paris, Toronto and Africa to his liking. It would be 26 years before Hemingway would return to the Petoskey area – the celebrated author of The Sun Also Rises and A Farewell to Arms. Five years later, he would receive a Nobel Prize for The Old Man and The Sea.

In addition to the images portrayed in his classic stories, many northern Michigan historic landmarks which Hemingway frequented remain standing and are an integral part of the various self-guided tours throughout the area.

For more than 30 years, the Michigan Hemingway Society has existed to promote the author’s literary and personal connections to northern Michigan – primarily with an annual conference. The society recently enlisted the recommendations of Professor Ken Marek to develop a self-guided tour featuring significant locations and identified by permanent markers, which was unveiled in June 2012. A website – MiHemingwayTour.org – and printed brochure (available at the Petoskey Chamber and Little Traverse History Museum) provide additional information, including specific (or suspected) ties to Hemingway.

The sites in the city of Petoskey make for a great walking tour, while other sites are clustered around Hemingway’s noted haunts – like Walloon Lake and Horton Bay. These official tour sites include:

Pere Marquette Railroad Station: Built in 1892 by the Chicago and West Michigan Railroad. Now home to the Little Traverse Historical Museum, where a special exhibit – “Hemingway’s Michigan Story” is on display throughout 2013.

The Annex: Operating for many years as a saloon and billiard hall, today home to City Park Grill.

McCarthy’s Barber Shop: Likely where Hemingway went for a save or haircut, prior to being sent off to serve in World War I. Now known as The Flatiron Building.

Jesperson’s Restaurant: Established in 1903, said to be a favorite Hemingway hangout.

The Perry Hotel: Built in 1899 and the only turn-of-the-century resort hotel still in existence.

Carnegie Library Building: A favorite locale for Hemingway – he also spoke here to the Ladies Aid Society in 1919, about his war experiences.

Evelyn Hall: On the campus of the Bay View Conservatory, once operated as the women’s dormitory. Note: There is no marker at this site.

Potter’s Rooming House: Hemingway resided here from October to December 1919. Note: This is a private home and not open to the public.

Pinehurst and Shangri-La: Pinehurst once operated as a country inn, while Shangri-La was a rooming house – both owned by Jim and Elizabeth Dilworth. Note: These are private residences and not open to the public.

Horton Bay General Store: Established in 1876, this store remains a center of business and social life in the village.

Public Access & Boat Launch – Walloon Lake: This site offers panoramic views of Walloon Lake. Note: There is no marker at this site.

Public Access Site & Boat Launch – Lake Charlevoix: This spot offers an open view of the bay, the woods and the lake. Note: There is no marker at this site.

Additional sites throughout the area, but are not part of the society’s official tour (many of which are private property), include:

The Red Fox Inn: Built in 1878 as a private home and adjacent to the Horton bay General Store.

The Harold Grant Building: In the early 1900s, this building was home to the New Braun Hotel & Restaurant.

Longfield Farm: Where Ernest’s mother had a cottage/studio and a sizable family garden. Note: This is private property and not open to the public.

Windermere: The original Hemingway family cottage on Walloon Lake. Note: This is a private home and not open to the public.

The “Indian Camp”: Two parcels of wooded property that once held at least once, perhaps two, Indian camps. Note: This is a private property and not open to the public.

The Bacon Farm: The Hemingway family acquired their Walloon Lake property from the Bacons, and the families remained friends over the years. Note: This is private property and not open to the public.

Also of note is a State of Michigan Historical Marker, located in Melrose Township Park on Walloon Lake.

For those seeking a bit of guidance, the Little Traverse History Museum offers guided tours throughout Hemingway country – available by appointment only. These tours include:

The Hemingway’s Petoskey Tour: A 90-minute, two-mile walking tour through the city of Petoskey. Cost is $20 per person. Group rates are available.

Thank you to Michael R Federspiel, the Little Traverse History Museum, Michigan Hemingway Society and Petoskey Area Visitors Bureau for their assistance with this article.

“Hemingway’s Nick Adams Stories: From Michigan to the World”

Put It On Paper, a new exhibit celebrating and exploring the creative process, is on display through August 25 at the Michigan Historical Museum (michigan.gov/museum) in downtown Lansing. The exhibit features authentic examples of the process in the works of authors, artists, illustrators, architects, musicians and engineers. Among the featured pieces is Ernest Hemingway’s first story, “Sportsman’s Hash” written in northern Michigan, on his father’s stationery. 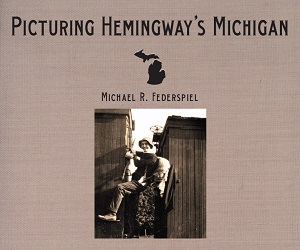 Picturing Hemingway’s Michigan by Michael R Federspiel, Lecturer of History – Central Michigan University. This 200-page collection of historic family photographs and excerpts from Hemingway’s writing is sure to capture the imagination of history buffs and the Hemingway fans alike.