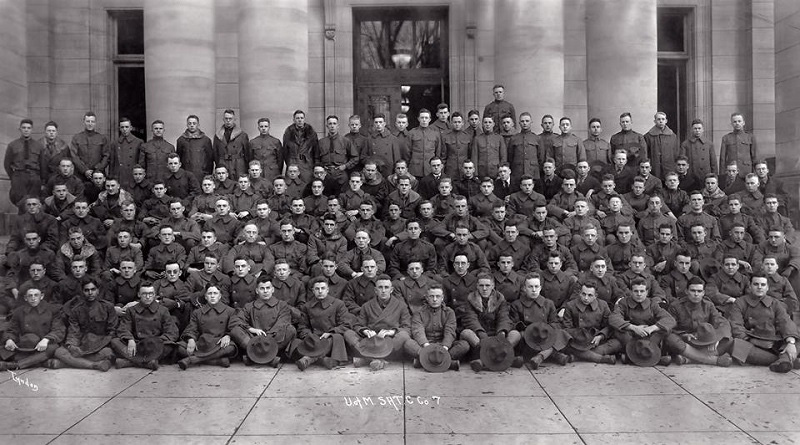 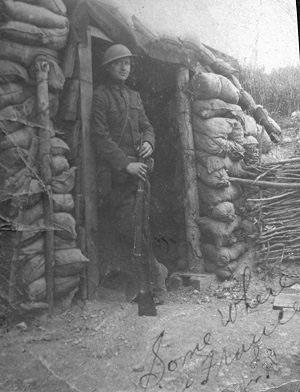 More than 100 years ago, America was gripped in the midst of World War I (July 28, 1914 – November 11, 1918). It affected U.S. troops overseas and families back home in communities across the country, including those in the southeast Michigan town of Chelsea, in Washtenaw County. Strong Foundations New Possibilities is a chance for this community to share its stories.

The ribbon cutting ceremony for Strong Foundations New Possibilities will take place at 11am on Saturday, July 30, featuring a welcome by Mayor Jason Lindauer, comments from the centennial committee and a musical rendition of “In Flanders Field”* – a war poem written during WWI by Canadian physician, Lieutenant-Colonel John McCrae. 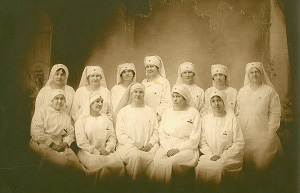 The ceremony will take place at the Chelsea District Library, 221 South Main Street, and is being held  in conjunction with the city’s annual Sounds & Sights Festival. Artifacts will also be on display inside the Chelsea District Library through November 11, including a helmet, binoculars, sword, riffle, medals, journal, uniform and more. All displays will be in place through Veteran’s Day, November 11.

Docents will host free guided tours of the historic installations from Noon until 2 pm, following the ribbon cutting ceremony. Space is limited to 25 people per trip, and are available on a first-come, first-served basis. The south side tour includes bus transportation to the start of the walking tour, while the north side tour will begin at the library steps. The Chelsea Historical Society will also be giving tours of Chelsea’s Historic Oak Grove Cemetery, pointing out gravesites for local area WWI veterans, including some featured on the banners. 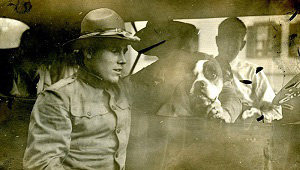 Maps for self-guided tours will be available free for those who wish to explore the exhibit on their own. Private guided group tours can be made during the 5-month exhibit, with prior arrangement.

The original concept for this project came from Deborah Greer, co-director of Chelsea River Gallery, who was moved by a 2013 PBS documentary about artist Marian Marzynski titled ‘Before I Was Anybody, I Was a Child Survivor of the Holocaust’. It featured large-scale outdoor banners with images of child Holocaust survivors from Warsaw. Inspired to bring the presentation concept to her community, Deborah shared her ideas with the library staff when they were looking for a way to mark the 100th anniversary of the Great War. 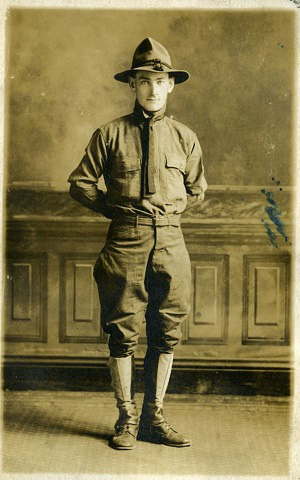 Recognizing the available canvases in the form of towering historic buildings, which could display a series of larger-than-life images, the concept for Strong Foundations, New Possibilities was born, thanks  in part by a grant from the Michigan Humanities Council, an affiliate of the National Endowment for the Humanities as well as the Chelsea Chamber of Commerce Tourism Action Plan Program (CTAP), through Washtenaw County Convention and Visitors Bureau.

The 36 images chosen to be reproduced and displayed were among hundreds submitted by Chelsea residents who have shared histories from the Great War. This includes the only-known remaining photo of Herbert J. McKune, a local Chelsea soldier who died on October 4, 1918 during the Battle of Champlain in France. This photo is permanently on display at the Chelsea American Legion Post #31, which was named in his honor. A reproduction of this image will be featured on a banner gracing the library’s front steps. 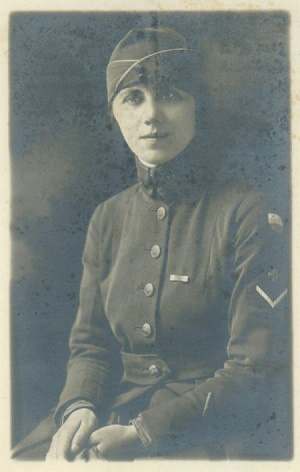 General John J. Pershing’s Hello Girls: When the U.S. entered WWI in 1917, General John “Black Jack” Pershing insisted on bilingual phone operators near the front and the “Hello Girls” were formed, enlisting support from Bell Telephone. During this historical interpretation, Lois Sprengnether Keel portrays Oleda Joure, a 16-year-old Marine City, Michigan (103 miles northeast of Chelsea) teenager who received special permission to enlist. In uniform and with music, Lois will tell the story of how pre-war, Oleda and her brother were weekend musicians. When she arrived in England and was asked to entertain the troops like her brother, she had to refuse due to her Oath and risk of court-martial. After the war, the Girls learned the army considered them contractors, not deserving benefits. They did not receive recognition until 1977. Learn about this group of heroic women of southeastern Michigan, including their only death abroad. For more on Oleda’s unique story, click here.

*“In Flanders Field” is one of the most popular and most quoted poems from the war and its references to the red poppies that grew over the graves of fallen soldiers resulted in the remembrance poppy becoming one of the world’s most recognized memorial symbols for soldiers who have died in conflict. Volunteers from the Chelsea VFW Post & Auxiliary 4076 will be on hand to take donations for their Buddy Poppy Program during the event.