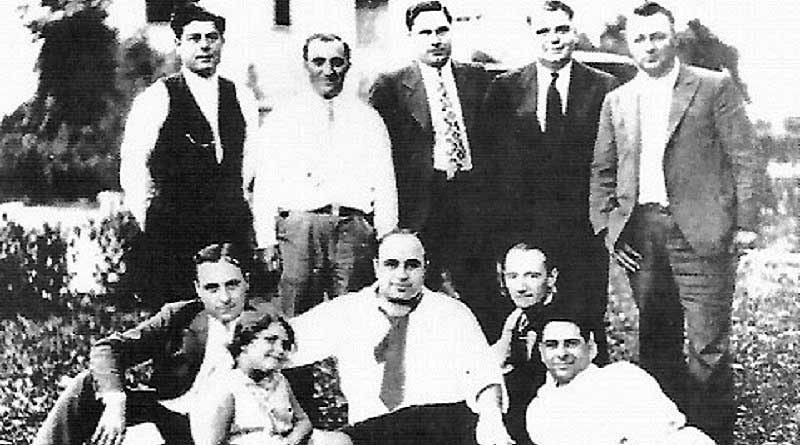 There are as many tall tales and legends tied to American gangster Al Capone as there are presumed bodies ordered by his deadly hits. However, there is little question that he often escaped the heat of Chicago (both the temperature and the law) by sneaking off to Michigan, as far north as the Upper Peninsula.

In the early 1900s, John Alywsorth built a resort called Pleasant Grove, today known as the Lakeside Inn in an area collectively known as “Harbor Country.” Bootleggers were said to dock their boats in front of the inn and guests would help unload cases of booze to be served inside or hauled off for sale elsewhere.

“The inn offered a restaurant and dancing, a small zoo, and gardens. It reportedly operated as a speakeasy during prohibition that was visited by Chicago gangster, Al Capone” according to a 2010 report from the Michigan State Historic Preservation Office. 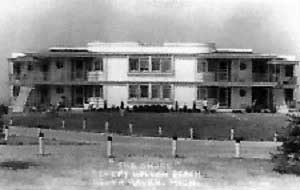 In 1888, Chicago photographer Joshua Smith bought a 12-acre parcel along the Lake Michigan shoreline in South Haven and developed Sleepy Hollow Resort. Before long he was welcoming guests by steamship who were then transported by horse and carriage to the property.

“There used to be a pier out into Lake Michigan down below the [Smith] house,” says Scott Dangremond, General Manager. “Boats from Chicago would come directly across the lake and unload without notice. Legend has it there used to be a tunnel from the house down to the ravine by the pier, making access even more convenient if one was a gangster.” 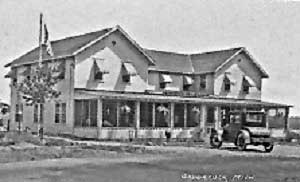 The Hotel Saugatuck operated as the Twin Gables Hotel & Restaurant in the 1920s, where vaudeville banjo player Tom Carey invited musician friends from Chicago to perform for his guests. Capone’s gang frequented the joint to enjoy the music, food, company and of course, to peddle liquor. Local lore speaks of a bullet hole in the wall of the bar, which was made by one of Capone’s men after another guest made a pass at his sweetheart, who worked in the inn’s kitchen.

Since 1869, the property at the corner of Main and 3rd Street in Frankfort has welcomed overnight visitors and hungry tourists in this lakeshore town—including, some say, “Scarface” himself.

“My research tells that Gus Winkler was a member of Capone’s gang in Chicago,” says Judy Remmert, who has owned The Hotel Frankfort since 2014. “Rumor has it that there was a tunnel to run liquor from the Winkler House [built by Joe Winkler] to the Hotel and then to the Garden Theater. The current owners of the house swear there is evidence of a tunnel, but I have not seen it. The westside basement walls of the Hotel are so patched that we can’t confirm a tunnel or not.”

An article from March 21, 2015 Daily Press newspaper in Escanaba by lifelong resident Karen Rose Wils states “beneath the basement of the [House of Ludington] hotel, tunnels and prohibition booze are still believed to be buried. Rumors claim that Al Capone once stayed in the front turret of the building.”

Yet, some are quick to dismiss any Capone connections here.

“There is absolutely nothing to suggest that Capone ever was here or had any business activities here,” says historian Charles Lindquist. “What we do have, though, is actual evidence that someone who seems to have had a connection to Capone during Prohibition bought a hotel here in 1939 (six years after Prohibition ended) and ran it until he died. As far as a tunnel goes, the soil near this hotel is very sandy—not so good for tunnels.”

Dianna Stampfler is an avid researcher of Prohibition-era history, specifically rum runners and gangsters. If she could take a time machine back to any decade in America, it would be the Roaring ‘20s.

Charles Lindquist will be presenting about “Prohibition in the U.P.” at the Historical Society of Michigan’s 70th annual Upper Peninsula History Conference, June 28-20 in Escanaba. His wife, Karen, will present on the history of the House of Ludington. For details, visit HSMichigan.org.