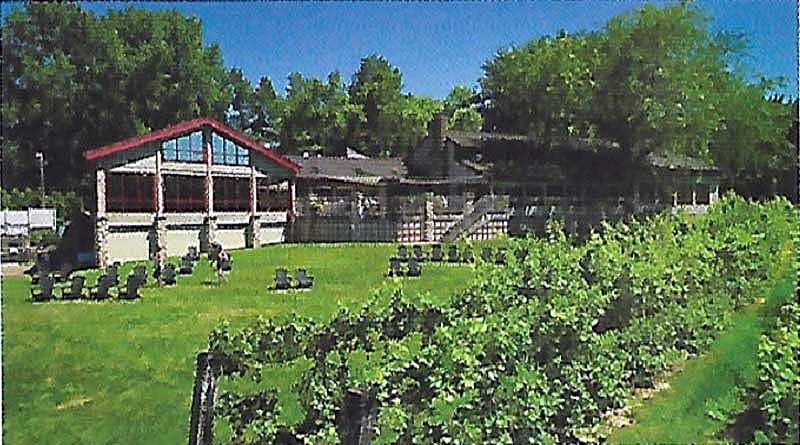 A lot has changed at 185 Mount Tabor Road in Buchanan since the first grapevines were planted there in 1968. Incorporated as Tabor Hill Winery in 1972 and housing an award-winning restaurant since 1982, one of Michigan’s oldest wineries has now begun its next phase of life under new ownership, while celebrating a direct line to its historic past.

Rick Moersch was a local high school biology teacher in the late 1970s when he was brought into the Tabor Hill operation, working his way up to General Manager. He left in 1992 to open his own Heart of the Vineyard Winery (now Round Barn Winery) right next door in Baroda with his wife, Sherrie, and sons, Matt and Chris. Today, Moersch Hospitality Group has expanded their portfolio as the owners of Tabor Hill Winery & Restaurant. 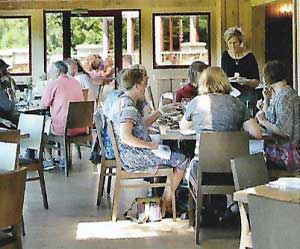 “We have done a lot of work both inside and out to give the restaurant a modern vibe,” Moersch says. “New lighting, refinished floors and wall décor and now create a contemporary and comfortable setting.”

One thing that remains constant is the view from the dining room, which remains as stunning as ever. Some would even boast it is the one of the best views in the Midwest, with the 120-seat restaurant and seasonal patio perched overlooking rows of vines. 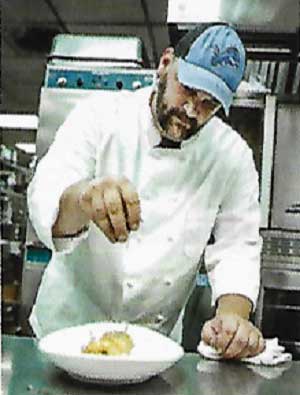 As the former chef at Tosi’s Restaurant in Stevensville and The Bistro at the Boulevard in St. Joseph (as well as being co-founder of Thornburg and Company, producers of artesian preserves, syrups and honey), Thornburg is acutely aware of how valuable it is to be uniquely positioned in the heart of southwest Michigan’s “fruit belt,” where an abundance of superior agricultural products can be harvested and sourced to develop his palate pleasing dishes.

“There is a direct emphasis on using local and regional ingredients and taking familiar comfort foods and trying to reinvent them,” Thornburg says. “We’ve also taken a modern approach with a lot of small plate options for people to share.”

These “Tastes” include crispy risotto cakes, roasted duck tamales and chickpea fritters. Cheese and charcuterie boards feature up to five selections like Krackow Country Ham Salami, Honey Lavender Goat Cheese and Bridgewater from Zingerman’s Creamery in Ann Arbor, among a rotating list of others. 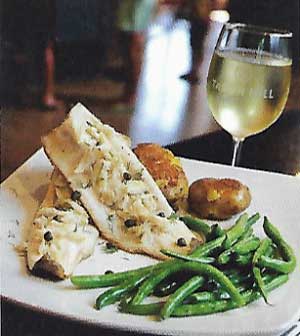 Thornburg says the Raspberry Chicken is one of the restaurant’s signature dishes, based on its longevity on the menu. Pecan crusted and served with mashed potatoes and seasonal vegetables, it pairs perfectly with Tabor Hill’s Sauvignon Blanc or classic semi-dry Demi Sec—the winery’s most consistent award winner.

“I think the seared rainbow trout is quickly becoming a signature dish too,” says Thornburg, who tops the fish with capers, lump crab and a Riesling beurre blanc, plated alongside smashed Yukon potatoes. Either a lightly-oaked Chardonnay or an estate-grown dry Riesling make fine complements to this dish.

“Tabor Hill has been a nice addition for us with the contemporary casual dining restaurant and the legacy that came with it,” says Moersch of the newly rebranded operation. “This has been a real homecoming for all of us.”

The Tabor Hill Restaurant is open year-round, for lunch and dinner five days, Wednesday through Sunday. Live music is offered every Friday and Saturday afternoon and early evenings. 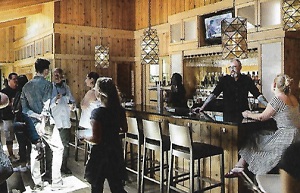 In addition to its award-winning Tabor Hill wines, the full-service restaurant serves beer and distilled spirits from Round Barn Winery, as well as a monthly wine feature from both Round Barn and Free Run Cellars, the family’s boutique winery in nearby Berrien Springs.

Since founding their business in 1992, Rick and Sherrie Moersch have established their family as the visionary pioneers behind some of Southwest Michigan’s premier wineries, breweries and distilleries including Free Run Cellars, Round Barn Winery, Entente Spirits, Round Barn Brewery and Public House and Tabor Hill Winery & Restaurant. Beginning with a family’s passion for winemaking and an iconic Amish Round Barn, Moersch Hospitality Group continues to grow with new offerings and products under the leadership of second generation Matt Moersch, current CEO and Partner at Moersch Hospitality Group. The Moersch properties are all located within the rolling hills of Southwest Michigan and are top destinations for Chicagoland, Indiana and Michigan travelers.