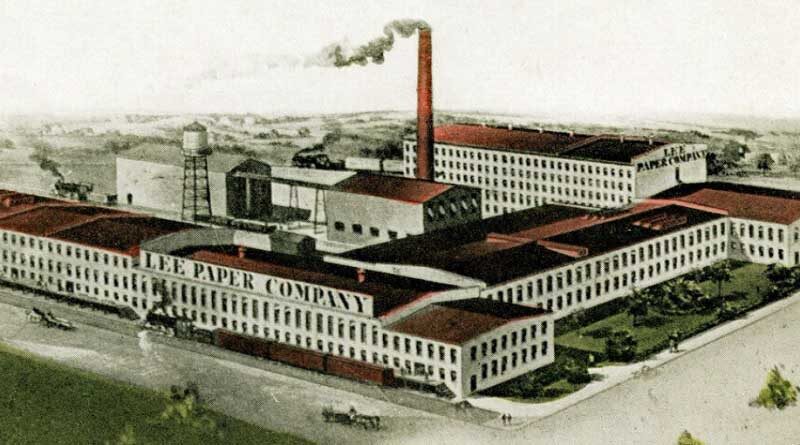 Six years before Michigan’s statehood in 1837, John Vickers settled in an area of southeastern Kalamazoo County where he built a log grist mill – believed to be the first in the county – along an eight-foot waterfall on Portage Creek. Over the years, this community was known as Holland, Lincoln and Brady (for one whole day) before being incorporated as Vicksburg in 1871. By the 1880 census, there were 784 people living in this small town which today has grown to a population of 3,706 based on the 2020 census.

Yet even with its steady growth in population and business development over the past 150-plus years, Vicksburg has retained a vintage charm that last month earned it a spot on the National Register of Historic Places. The Vicksburg Historic District includes 176 commercial, residential and community related properties – some dating back to the late 1860s. The historic district boundaries align with the oldest known maps of Vicksburg.

The oldest building in downtown Vicksburg, constructed in 1870, sits at 106 S. Main Street. Today, the main level is used as The Mill Annex, an extension of The Mill at Vicksburg. Just a few doors down, the oldest frame building (constructed in 1879) is located at 100 S. Main Street, currently home to McCallum Accounting and Tax Services. Most of the original frame buildings downtown were replaced by current brick structures after incorporation and into the early 1900s.

“There is a diverse range of architecture in the historic buildings in Vicksburg,” says Cheri Szcodronski of Chelsea-based Firefly Preservation Consulting. “It’s clear that people here take pride in their history and architecture. Village leadership, residents and business owners were supportive of the historic district designation and eager to share the history of this place.”

The village of Vicksburg has been actively preserving and promoting its history for decades. The Vicksburg Historical Society was formed in 1967 and nearly three decades later its plans for an Historic Village were approved by the Vicksburg Planning Commission and the Village of Vicksburg Council. The first structure to be renovated was the 1904 Union Depot Museum, which opened on June 2, 1990. Today the Historic Village – located just a couple blocks from downtown – also boasts a caboose and boxcar, cemetery, farmstead, gazebo, newspaper office and print shop, railway express, Strong School, township hall, village garage and general store/sweet shop, each housing artifacts from the 1890s through the 1930s.

“To be on the National Register is not only a point of pride, but a tool for economic and community development,” says Martha MacFarlane-Faes, Michigan’s Deputy State Historic Preservation Officer, who submitted the formal nomination to the National Register on behalf of the Village Council. “This is a wonderful designation for Vicksburg and a great way to celebrate its local history.”

Being listed on the National Register opens up a wealth of opportunities for Vicksburg as a community as well as individual businesses, allowing for federal assistance, tax benefits and historic preservation funding, while also promoting heritage education, tourism and a sense of place. The designation also adds to the village’s professional portfolio when it comes to other funding programs and grants as an endorsement by the National Park Service.

“Not only is this an honor the entire village can take pride in, but it’s also most likely going to benefit us with economic benefits such as tax-credit programs,” says Jim Mallery, Vicksburg Village Manager. “We are excited to add one more tool in our economic development toolkit.”

Throughout the state, Michigan boasts nearly 400 Historic Districts, out of a total of nearly 2,000 listed properties in the state. “A ‘property’ may be an individual building, site, object, structure, or district, which may contain anywhere from just a few to several hundred individual historic resources,” says Nathaniel Nietering, Project Coordinator for the Michigan State Historic Preservation Office in Lansing. “The Vicksburg Historic District will likely be the largest nomination to the National Register from Michigan this year by resource count.”

Less than a decade ago, Chris Moore – a Vicksburg native, entrepreneur and sustainable philanthropist – saved the village’s former 416,000-square-foot Lee Paper Mill from the wrecking ball and subsequently earned it a place on the National Register.

Constructed in 1905, the Lee Paper Mill was one of the most productive of its kind in the region generating over 17 tons of paper per day at its peak. It later operated as Simpson Paper Company and 1996 was purchased by the Fox River Paper Company until operations ceased on March 1, 2001. The massive brick structure then sat vacant for years until Moore (whose father and grandfather both worked at the mill) came forward with his visionary idea. Since its national designation, The Mill at Vicksburg, operating under Paper City Development LLC, has pursued redevelopment grants to convert the 120-acre former mill property at 300 W. Highway Street into a mixed-use tourist destination.

According to its website, The Mill project is currently focused on three key areas:

In addition to the National Historic Sites, there are two Michigan Historic Markers in Vicksburg – one at the still operating Fanny M. Bair Library, erected in 1989 on W. Maple Street west of S. Main Street and another at the Vickers’ Mill site, erected in 2001, at the intersection of W. Prairie Street and S. Michigan Avenue. In 1920, the Vicksburg Community Council also dedicated a bronze marker set inside a millstone on W. Washington Street east of S. Mill Street near the site of the village’s first mill (built in 1850, burned and rebuilt in 1853 and
Destroyed by fire in 1885).