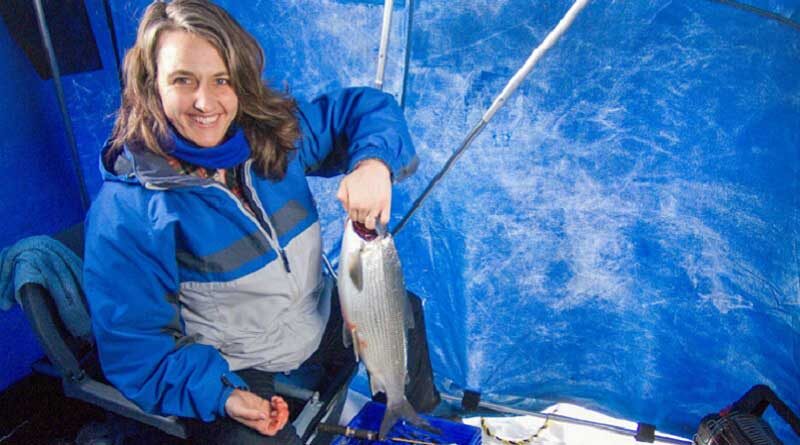 A growing number of female recreationalists are taking to the woods, waters and trails of Michigan thanks to a program through the Department of Natural Resources (DNR) called Becoming an Outdoors-Woman (BOW®). Founded in 1991, the national non-profit BOW® is a hands-on educational program with a presence in 38 states and six Canadian provinces that collectively reaches tens of thousands of women each year who learn new outdoor skills from experienced guides in a safe and welcoming environment.

“The BOW program has provided education, camaraderie and confidence to thousands of women over three decades, that has helped them enjoy our natural resources,” says BOW® founder Christine Thomas, Dean of the College of Natural Resources at the University of Wisconsin-Stevens Point and author of Becoming an Outdoors-Woman: My Outdoor Adventure. “The media attention surrounding it gave thousands more the permission they needed to get out and do things in the outdoors.”

In Michigan, the BOW® program was first offered in 1994 and since that time, nearly 5,000 attendees have taken part in four-season programs focused on hunting, fishing, hiking, kayaking and outdoor survival.

Registration is open now for the next Winter Weekend Event (Feb. 24-26) at the Bay Cliff Health Camp – a non-profit facility located 30 miles north of Marquette near Big Bay, overlooking Lake Superior. The cost is $275 per person and includes dorm-style, lodging, meals and most equipment and supplies; limited scholarships are also available.

“Whenever possible, we utilize women as instructors and speakers to provide role models to participants,” says Michigan BOW Coordinator Michelle Zellar. “But we also encourage mixed-gender instructor cadres. Educated and trained male instructors can help dispel some of the stereotypes associated with hunters and anglers.”

In addition to the Winter Weekend event, several shorter registration-required activities are also planned for the Marquette area including:

In early November, the U.S. Bureau of Economic Analysis (BEA) released a report outlining the economic impact of the outdoor recreation industry, broken down by state. In Michigan, outdoor recreation contributed $10.8 billion in 2021 which is up 15.4% from 2020 and up 30% since 2012 when the BEA started calculating the size of the outdoor recreation economy. The Michigan data also shows nearly 110,000 outdoor recreation jobs (in a wide range of occupations and skills – including design and manufacturing, retail sales and hospitality) with a combined $5 billion in wages. Furthermore, the BEA notes “Michigan ranked in the top ten in dollars generated from Boating/Fishing (#5) and RVing (#6), each generating $947,910,000 and $719,914,000, respectively. The state sits within the top 20 of all other measured activities: Hunting/Shooting/Trapping (#10), Motorcycling/ATVing (#13), Equestrian (#19), Climbing/Hiking/Tent Camping (#11), Snow Activities (#15), Bicycling (#20) and Recreational Flying (#17).”

The number of women involved in various sectors of outdoor recreation continue to rise, according to Brad Garmon, Senior Strategic Advisor & Executive Director for the Michigan Outdoor Recreation Industry Office, a division of the Michigan Economic Development Corporation:

“Women are the only demographic that is growing in shooting and hunting. However, they move in and out of the sports at a higher rate than men. Agencies refer to this flux in involvement as ‘churn’,” Thomas says. “I have
been involved in a national research project recently that identified competence and confidence as the reason women churn at a higher rate. They feel they need more skills and are hesitant to go without them. This year, we will be working with agencies and NGO’s [non-governmental organizations] to try to bridge that confidence and competence gap.”

When it comes to just where women are participating in their preferred outdoor activities, Michigan has a plethora of options. Throughout both peninsulas of the Great Lakes State, there are more than eight million acres of publicly accessible lands, 12,500 miles of state-designated trails, more than 36,000 miles of rivers and streams (including over 12,000 miles of cold water trout streams) and some 3,177 miles of freshwater coastline.

“These resources provide connections with nature, healthier lifestyles, clean air and water and a natural heritage shared across generations,” Pipen says. “They are also a vital part of Michigan’s economy with thousands of outdoor recreation industry manufacturers and retail and service-sector businesses.”

When asked for advice for women who are thinking about exploring new outdoor activities, Thomas offers a simple statement: “Just do it!  Find a program of some kind that can give you skills, mentors, friends and confidence.”